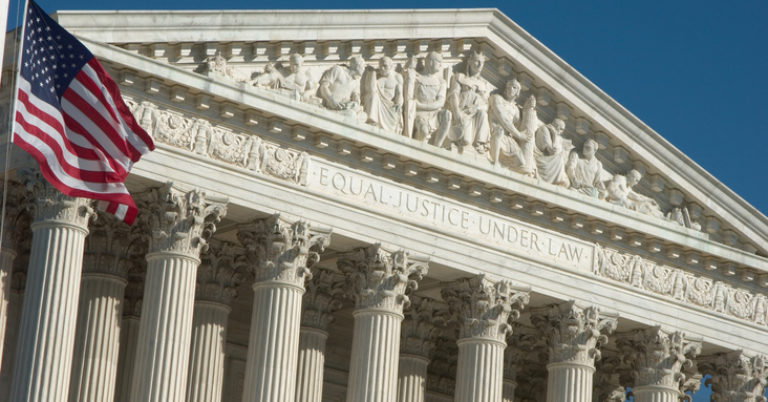 Breaking: In a major victory for civil liberties, the Supreme Court has ruled 6-3 to uphold peoples’ First Amendment rights in Americans for Prosperity Foundation v. Bonta.

Read AFPF’s statement on the decision and its implications for free speech rights.

The civil liberties that are the bedrock of our country — freedoms of speech and the press, freedom of religion, and the rights to peaceably assemble and petition the government — empower Americans to make progress toward our founding ideals.

Protecting individual rights against those in power who attempt to restrict them is essential to making it possible for everyday people to take courageous stands. Those rights have ensured that Americans are free to drive change. We’ve witnessed it from the earliest days of the republic, from abolitionism to education, from women’s suffrage to civil rights to freedom of conscience, and beyond, to fully realize the vision of equal rights reflected in the Declaration of Independence.

Our vision in action

Through advocacy, education, and the courts, we work alongside partners to defend these rights and make it easier for citizens to access information about their government. This work aims to empower all Americans to engage on the issues they are most passionate about and hold those in power accountable.

All our rights are bound together

When we protect the rights of one group of people but not another, our foundational freedoms erode because our rights are bound together. If those in power can arbitrarily shut down protests and silence political speech they don’t like, we’re all at risk. When the political winds shift, those deciding who gets silenced might themselves become the silenced.

This is not a problem unique to today.

All are examples of how the first targets of expansive laws are rarely the last. We stand against these kinds of abuses.

Muckracking journalist Ida B. Wells wrote, “the way to right wrongs is to turn the light of truth upon them.” Peaceful protest, free expression, and free assembly are fundamental to turning on the light of truth and are essential catalysts for progress.

Civil liberties are the solution to uncivil times

The great 19th century statesman Fredrick Douglass wrote on the eve of a civil war that “liberty is meaningless where the right to utter one’s thoughts and opinions has ceased to exist.” Our divisions today, while serious, are not that extreme. But it is a critical moment for free expression and ensuring the protection of civil liberties remains the surest solution to uncivil times.

One of America’s greatest strengths is the ability to self-correct — to recognize when the country has contradicted its ideals, then to act collectively to correct the injustice. Essential to that process is the protection of individual rights, for only when each us feels secure enough to act can we act together in defense of each other.

More examples of our civil liberties work in action

On Free Association and Protest Rights

Our work with partners empowers people to engage in civil society and seek solutions to America’s biggest challenges. That work depends on robust protection of the rights to free expression and assembly, and the other foundational rights that rest at the heart of the American experiment.

AFP mobilizes Americans to advocate for bottom-up solutions to problems that prevent people from realizing their full potential, with a focus on addressing unsustainable government spending and debt, reforming the health care, immigration, and criminal justice systems, protecting civil liberties, and building an economy where everyone has an opportunity find success.

AFPF works in communities and alongside partners to provide educational programs and resources on the toughest issues facing our country.