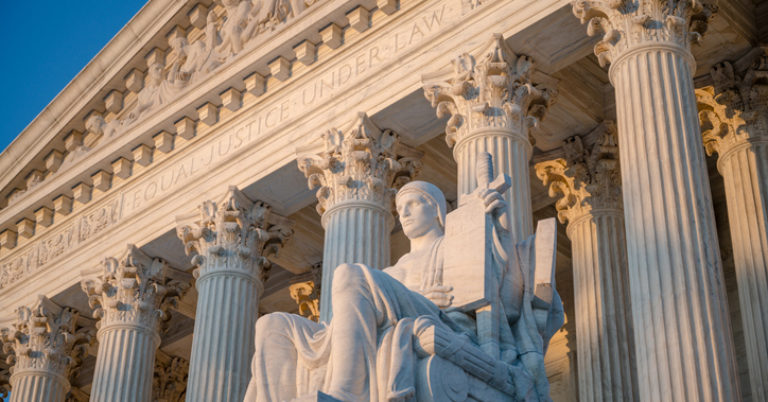 Should Americans have to choose between staying safe or speaking up?

This question is at the heart of Americans for Prosperity Foundation v. Bonta, a case before the Supreme Court asking whether it’s constitutional for those in power to make blanket demands for lists of organizations’ supporters – and whether doing so supersedes people’s rights to freely join with each other, protect their privacy, and amplify their voices through groups that represent their beliefs.

Following oral arguments, Americans for Prosperity Foundation participated in a press conference to discuss the case and its implications for people’s ability to maintain their privacy.

The event offered a virtual recreation of the courthouse steps. If arguments were in person, the space between the U.S. Supreme Court and 1st St NE would be filled with counsel, amici, and press. That’s what took place here.

“Nearly 300 different organizations, diverse in their ideologies and their missions, joined us in asking the Court to continue to protect the First Amendment rights of all Americans to associate together and support a charity without being subject to intimidation or harassment,” said Americans for Prosperity Foundation’s Casey Mattox.

Joining Mattox was a small sampling of the diverse array of individuals and organizations standing to protect these rights:

Here’s what these experts had to say about Monday’s oral arguments.

“We think that AFPF made an extraordinarily strong showing before the Court today,” Sullivan said before highlighting several points from the dialogue between the Justices and the counsel, including:

“First Amendment rights belong to everyone”

“I expect some of you are wondering why I’m here representing the ACLU. Certainly, we don’t see eye to eye with the petitioners in this case on every issue,” Hauss began. “However, First Amendment rights belong to everyone.”

Referencing NAACP v Alabama, Hauss explained that liberal democracies are founded on people banding together to achieve a common goal, and this freedom to associate depends on the right to associational privacy.

“It’s plainly evident that many people will be chilled from associating with potentially controversial groups or causes, including dissident groups if they have reason to believe that they will be penalized for their beliefs,” he said. “Public disclosure of associational information is especially likely to chill First Amendment freedoms,” and therefore require an especially strong justification.

He explained that California has failed to demonstrate that its need for donor information is sufficiently compelling to justify this substantial infringement on First Amendments. In particular, he noted that “this case is worlds apart from the campaign finance context.”

“Public advocacy is for everyone”

Bursch detailed the forms of retaliation taken against his client, including acts of intimidation, death threats, hate mail, boycotts, and even an assassination plot.

“Every American should be free to peacefully support causes they believe in without fear of harassment or intimidation,” he said. “Public advocacy is for everyone, not just those able to weather abuse.”

Summing up the day’s arguments, Sullivan said, “It’s a case about compelled disclosure at the hands of the government, and that’s what the First Amendment protects against.”