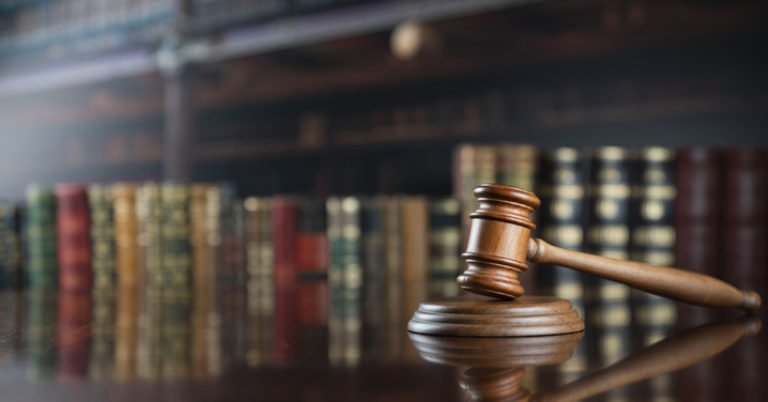 Hundreds of organizations and individuals representing a rich mix of ideas and beliefs submitted more than 40 friend-of-the-court briefs to the U.S. Supreme Court defending Americans right to privacy from those in power.

Though many of the signers are often seen as on opposite sides of policy debates — representing a range of issues including religious liberties, LGBTQ rights, free speech, racial justice, animal welfare, international aid, tax reform, and human rights to name a few — a common theme emanates from their briefs: privacy rights are a hallmark of America and protecting them is vital to ensuring people can continue to make progress toward realizing its founding ideals.

What’s captured in each of the filings is more than can be adequately summarized while still doing justice to the original arguments. You can read them in full at the Court’s site. Below is a sampling of several of the groups and comments provided.

Starting with its civil-rights-era decisions of the late 1950s, this Court has repeatedly recognized the dangers of providing the government with unchecked power to collect its citizens’ organizational affiliations, and has therefore applied exacting scrutiny to requests for disclosure of such information even where the record does not contain evidence establishing that compelled disclosure would lead directly to threats or harassment or seeking to quantify a resulting membership drop. Those concerns are equally applicable today. In an increasingly polarized country, speaking out on contentious issues creates a very real risk of harassment and intimidation by private citizens and critically by the government itself. Furthermore, numerous contemporary issues—ranging from the Black Lives Matter movement, to gender identity, to immigration—arouse significant passion by people with many divergent beliefs. Thus, now, as much as any time in our nation’s history, it is necessary for individuals to be able to express and promote their viewpoints through associational affiliations without personally exposing themselves to a political firestorm or even governmental retaliation.

Nonpartisan legal organizations such as the American Civil Liberties Union (ACLU), NAACP Legal Defense and Educational Fund, Human Rights Campaign, and others argue the right to join together with others is “fundamental to our democracy,” and if “the State could categorically demand disclosure of associational information, the ability of citizens to organize to defend values out of favor with the majority would be seriously diminished.”

The Council on American-Islamic Relations (CAIR) underscores potential for abuse in California’s disclosure demands: “Like the designations of innocent American Muslims on the federal terrorist watchlist, Government action that wreaks such associational havoc must be evaluated under exacting scrutiny as defined by the Supreme Court’s prior precedents, not the lesser akin-to-rational-basis standard adopted by the Ninth Circuit.”

Public interest law firm Institute for Justice cautions that expanding campaign-finance-disclosure beyond the limits of speech related to political campaigns “sweeps in a vast amount of protected First Amendment activity that has nothing to do with political campaigns.”

There are real risks to compelling private information

A robust coalition comprising 126 nonprofit organizations such as Charity Navigator, The Nonprofit Alliance Foundation, People for the Ethical Treatment of Animals (PETA), Animal Legal Defense Fund, Doctors Without Borders, Council for Advancement and Support of Education (CASE), and Southern Poverty Law Center lays out how the nation’s $1.05 trillion nonprofit field and its contributions to feeding the needy, aiding the poor, protecting wildlife, enriching our arts and cultural lives, and leading our nation’s churches, mosques, and synagogues would be negatively impacted by eroding citizen privacy:

Disclosure of donor names to a political office of attorney general, which increases the risk of abuse of enforcement power, could be just as devastating as that office’s leak of the confidential information to the media or to the public. With the political winds of state attorney general offices shifting from term to term, fears of threats, harassment, reprisals, and even political targeting by government for advocacy on issues of social, economic, religious, and political importance shift as well, and such risks are especially worrisome for controversial issues unpopular at the time.

A U.S.-based organization working to address human-rights abuses in China, Citizen Power Initiatives for China, details how eroding privacy rights would leave Americans vulnerable to retaliation not only from American public officials but also from foreign governments. Compelled disclosure, they warn, opens the door to “the intimidation and coercion that may befall contributors to organizations that combat corruption and human-rights abuses by foreign powers.”

Attorneys General from 22 states reinforce that the purported benefits don’t justify the real risks. Each state is, like California, committed to preventing and punishing fraud, but testifies to the lack of any need for California’s mass collection of data on nonprofits and those who associate with them for that purpose:

But its power to chill speech is not remotely matched by any corresponding value preventing of fraud. Here, there is no record evidence of even marginal value for law-enforcement purposes. And that conclusion completely comports with the combined experiences of the States.

Learn more about the case and its history here and more about AFPF’s other work defending civil liberties here.