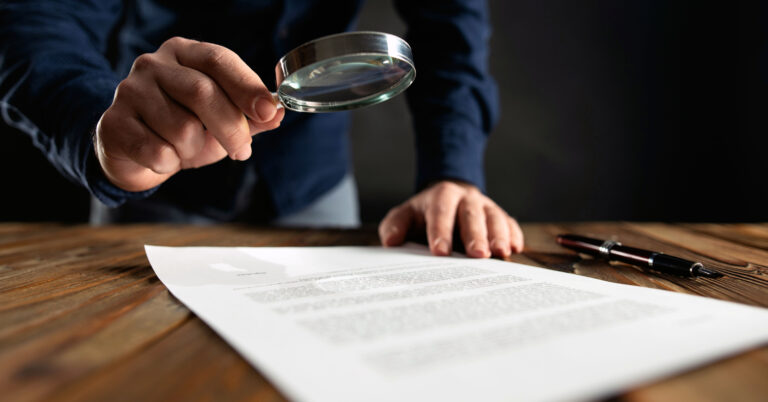 Congress passed the Freedom of Information Act (FOIA) in 1966 to give ordinary citizens a means to know what their government is doing. The FOIA exists to hold the executive branch accountable to the people.

But both the private sector — journalists, citizen activists, and government watchdogs — and even some public officials within the federal government have started to recognize that the law is broken.

From understaffed disclosure offices and interminably growing backlogs, to the routine overapplication of exemptions and politicization of agency review processes, the state of transparency is far from Congress’s original vision.

It’s time for reform that could transform how the FOIA operates for the better. More sunlight. Greater accountability. A freer, more prosperous society.

Americans for Prosperity Foundation works alongside partners to make it easier for Americans to get information about their government. That knowledge empowers people to hold those in power to account. And this coming Sunshine Week (March 14-18), we’re once again publishing a collection of thought-provoking essays.  (Be sure to check out last year’s symposium to learn how restoring government accountability drives societal change.)

Solving the most challenging problems our country faces will take collaboration and innovation. That’s true for government transparency too. That means working with people who share our concerns but approach it from different perspectives.

Differing views are a good thing. They allow us to challenge our partners’ assumptions as well as our own and identify new solutions in the process. You’ll see that in the voices included here. They’re different from ours. And though we may not agree on everything, we’re all better off for considering those ideas.

The essays will be written by respected leaders with years of experience working toward government accountability and transparency:

We also hosted a panel discussion featuring this year’s essayists to discuss fundamental reforms to the FOIA process. You can watch the AFPF Sunshine Week 2022 Symposium here.

Creating a Freedom of Information court – by James Valvo and Ryan P. Mulvey: FOIA is broken. We need transformative change that will reshape the very foundations of FOIA and government transparency. One idea — which has rarely, if ever, been suggested — is the creation of a new federal court dedicated solely to hearing and deciding FOIA cases. Read more.

Three simple yet potentially revolutionary ideas for FOIA reform – by Ginger Quintero-McCall: Improving FOIA could be done with a few simple steps: adequately invest in FOIA offices; give FOIA officers tools to push back against agency secrecy; and encourage better communication on both the requester and the FOIA officer side. Read more.

Mandatory attorney’s fees: Funding robust advocacy for requesters – by Matt Topic: FOIA will not get better until conditions are created that make compliance with the letter and spirit of the law a more attractive option. Guaranteed attorney fees would greatly facilitate the creation of those conditions. Read more.

A modest proposal for fee reform – by Allan Blutstein: To promote fairness, Congress should renew its original effort to have commercial requesters pay all, or nearly all, the FOIA costs generated by their requests. Here are a few suggestions for reforming FOIA’s fee system. Read more.

Expanding the public’s right to know: How Congress can fix the ‘Freedom of Information’ Act – by Susan E. Harley: In an age of ongoing pandemic, assaults on our democracy, and an environmental crisis, now is the worst time for the government to keep information from the public. Here are a few FOIA reforms and other small changes that are not only politically feasible but necessary to properly watchdog the government and safeguard the citizenry. Read more.

Turning transparency into secrecy: How DOJ’s FOIA loophole restricts Congress’s access to information – by Melissa Wasser: Because of the Justice Department’s interpretation of FOIA, members of Congress are delayed in receiving information, which overburdens the already stretched-thin FOIA system. A change to the process would free up resources and allow more oversight by Congress. Read more.

It’s time to vastly expand proactive disclosures under FOIA — starting with secret law – by Kate Oh: The Freedom of Information Act is premised on a simple but powerful idea: The people have the right to know what their government is doing in their name, and why. In practice, requesting and obtaining public records under FOIA can be anything but simple. FOIA today is rife with complicated rules, lengthy delays, and a byzantine array of secrecy exemptions. It’s time this was fixed. Read more.