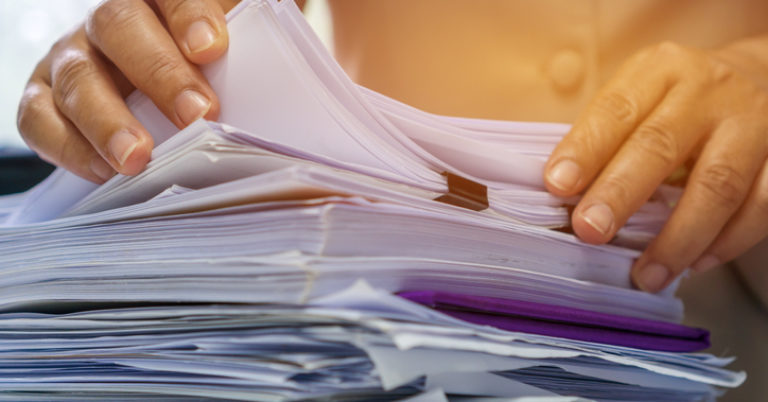 Americans’ concerns about trust and accountability in government have surged in recent years. Those concerns are justified, and they can also be addressed.

Americans for Prosperity’s sister organization, Americans for Prosperity Foundation, works alongside partners to make it easier for Americans to get information about their government. That knowledge empowers people to hold those in power to account. And this Sunshine Week we’re publishing a collection of essays to highlight how different organizations are approaching the need for more government transparency.

Solving the most challenging problems our country faces will take collaboration and innovation. That’s true for government transparency too. That means working with people who share our concerns but approach it from different perspectives.

Differing views are a good thing. They allow us to challenge our partners’ assumptions as well as our own and identify new solutions in the process. You’ll see that in the voices included here. They’re different from ours. And though we may not agree on everything, we’re better off for having those ideas included in the discussion.

The essays this week are written by respected thought leaders with years of practical experience working toward greater government accountability and transparency:

We’ll be updating this page with each new essay every day this week. After reading these thoughtful reflections, learn more about Americans for Prosperity Foundation’s work to make it easier for all Americans to engage in civic life.

Government transparency is fundamental – by James Valvo and Ryan P. Mulvey: America’s political system is founded on consent of the governed, and transparency is essential for citizens to hold their elected officials accountable for how they create and administer laws. But is the dramatic growth of administrative lawmaking hindering our ability to know what decisions are being made and whom to hold accountable for them? Read more.

Transparency laws are designed to keep the government accountable. But do they? – by Steve Delie: Freedom of information laws are some of the most powerful tools used by journalists and ordinary citizens to gain information about the inner workings of government. Yet government has a history of repeatedly resisting the openness requested by the public. Read more.

The importance of public records – by Ginger McCall: Citizens cannot engage meaningfully with government or make informed choices about their democracy if they do not know what their government is doing. Public records are key to gaining this knowledge —  and to holding officials accountable for wrongdoing and vindicating our rights. Read more.

How transparency enables accountability – by Liz Hempowicz: When the Small Business Administration first administered the Paycheck Protection Program, it was discovered that structural flaws allowed Chinese state-owned companies and businesses owned by a Ukrainian billionaire-oligarch to receive this limited aid, while small businesses were least likely to receive any help. This led to crucial reforms. How did these discoveries come about? Transparency, which enabled the public to hold the government accountable to the law as written. Read more.

How broken is FOIA? One carveout gives us a picture – by Patrick G. Eddington: As we mark Sunshine Week 2021, it’s a fair question to ask. How broken is the nearly 60 year-old Freedom of Information Act? One exemption provides quite an illustration, having been used to conceal waste, fraud, abuse, mismanagement, and even criminal conduct from American taxpayers. Read more.

Journalism has changed. So have the challenges of holding lawmakers accountable.  – by Chris Krug: Government has grown, while newsgathering has shrunk. As a result, many feel government is too big and too complex for people hold accountable. But officials shouldn’t be able to cloak their decisions and operations from the public – at least, not if journalists have anything to say about it. Read more.

For true accountability, we need a reckoning with national security secrecy – by Emily Manna: Dismal polling numbers on our trust in public officials don’t bode well for the future. A degree of skepticism is healthy in a democracy, but we’ve reached a level of mistrust that threatens the government’s ability to function. How did we get here, and what steps can be taken to rebuild public trust? Read more.