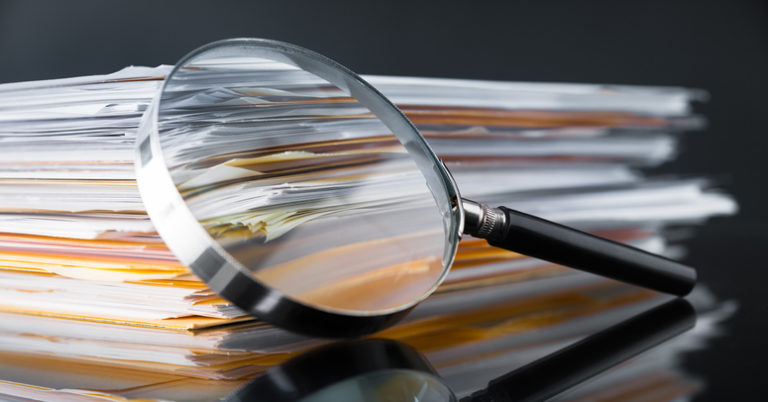 America’s political system is founded on the idea of self-government and consent of the governed. The people elect, staff, administer, and participate in the government that rules the country. But that basic task of citizen engagement in government is frustrated when government operates under a veil of secrecy.

Without transparency, the public cannot hold its elected officials—and increasingly unelected bureaucrats—accountable for how they create and administer laws. It must be able to see how that work is done.

Congressional lawmaking, when functioning properly, involves bill sponsorship, committee markups, and recorded votes so the public can assess who is doing what. But, comparatively, administrative lawmaking puts pressure on the public’s ability to know because of its sheer size and the number of decisionmakers acting outside public view. The deliberation of various administrative officials, and the formulation of impactful government policy, is decidedly opaque.

In 1946, Congress passed the Administrative Procedure Act to constrain administrative lawmaking and provide some process for those affected by its rules. In 1967, Congress built on the APA with the Freedom of Information Act, which not only imposes certain affirmative disclosure obligations on agencies, but also allows anyone to request agency records on any topic and for whatever purpose.

These two core laws are supported by a range of other government transparency laws—including, to name a few, the Federal Records Act, the Government in the Sunshine Act, and the Federal Advisory Committee Act—that ensure the public can see what the government is up to. These laws are all intended, in theory, to cut through administrative opacity.

There is admittedly tension between the public’s need to know and the executive’s need for some “space” to administer the law. The Framers were aware of this tension. In Federalist 70, while advocating for a robust unitary executive, Alexander Hamilton wrote that,

But Hamilton also recognized that this “unity may be destroyed . . . by vesting [power] ostensibly in one man, [but] subject . . . to the control and co-operation of others, in the capacity of counsellors to him.

This is precisely where we find ourselves today. The administrative state, and its lawmaking function, has grown so dramatically that the president relies on thousands of administrative officials to make and apply law. It is in this disintegration of executive function from the one to the many that transparency becomes essential. Without it, the public does not know whom to hold accountable or where the decisions have been made along the chain.

There is a formalism to the unitary executive theory that states the president is accountable for all the actions of the executive branch and that he must be stand by each decision at the ballot box or behind the podium. Although this is true in some sense, it also is a legal fiction in that it does not capture the realities of the modern administrative state, which needs constant oversight from Congress and the public.

FOIA is one mechanism that allows for that oversight, but the operation of the statute is beset with problems. Agencies are often recalcitrant and misuse statutory exemptions to frustrate requestors. For example, the (b)(5) exemption is so overused that it is often called the “withhold it because you want to” exemption.

Also, technological developments are outpacing both agency administration of the FOIA and the law itself. Communication has increasingly moved from paper and email to online chat, instant messaging, and applications on phones that delete messages. We outlined the dangers inherent in this shift in a recent investigative report titled Gone in An Instant: How Instant Messaging Threatens the Freedom of Information Act.

Finally, judicial review of agency actions under the FOIA is too deferential to the government and allows agencies to escape their statutory responsibilities. Courts routinely defer to agency declarations about how they maintain records or conducted a search for responsive records in response to a FOIA request. This deference often includes admitting hearsay into evidence, something courts are more loath to do outside of the FOIA context.

But the constant need to protect and improve the FOIA does not minimize the underlying need to ensure that we have a transparent government. Government by and for the people can only work when the people know what the government is doing. Government transparency is fundamental to that project.