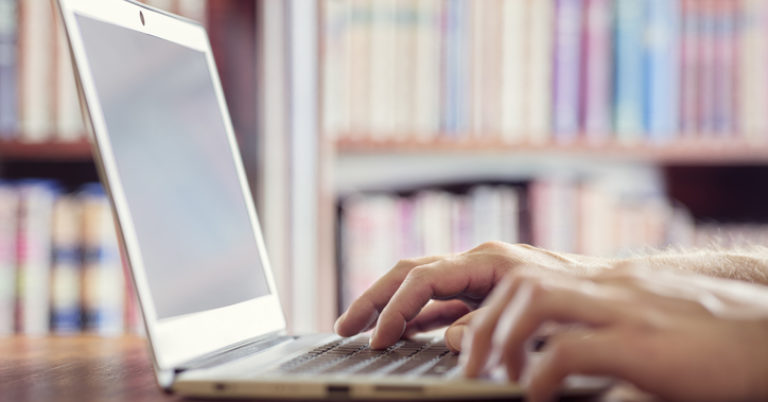 For true accountability, we need a reckoning with national security secrecy

This article was prepared by Emily Manna for Americans for Prosperity Foundation’s Restoring Accountability essay series on government transparency to commemorate Sunshine Week. The views expressed in this article are the author’s own and do not necessarily reflect the views or opinions of Americans for Prosperity Foundation, which encourages the expression of diverse viewpoints within a culture of civil discourse and mutual respect.

The Biden administration has vowed to “rebuild trust” in government; a response to Americans’ lack of faith in public officials, particularly throughout the COVID-19 pandemic.

No doubt, the dismal polling numbers on trust in government do not bode well for the future, especially considering that just 7 percent of the nation’s young people put “a lot” of trust in people in positions of power. A degree of skepticism is healthy in a democracy, but it’s clear we have reached a fever-pitch of mistrust and division that threatens the government’s ability to function.

Americans’ trust issues didn’t start with COVID-19, and they won’t end with it. Public trust in government spiked immediately following the 9/11 terror attacks but has been declining ever since.

This trend shouldn’t be a surprise. Opacity breeds public distrust, and the post-9/11 era has been a black box. From mass surveillance of Americans to outright lies told by government officials about CIA torture to shadowy airwars still taking place today, the past two decades have been characterized by secrecy under the guise of “national security.”

This thinking has even infected our domestic policies, bringing its culture of extraordinary secrecy, impunity, and disregard for rights to increasingly militarized and surveillance-happy law enforcement and immigration authorities. The national security framework was even used to justify classifying public health information about the COVID-19 pandemic.

This excessive predisposition toward secrecy rarely protects sensitive information; rather, it is used to hide the inconvenient or embarrassing, further widening the gulf between the public and the government.

A good-faith effort to restore trust in government would require seriously grappling with the culture of excessive secrecy that has been allowed to spread unabated for almost two decades — a worthy project to pursue as we rapidly approach the 20-year anniversary of 9/11.

The first step should be a top-down overhaul of the broken classification system, which is in desperate need of modernization and reform. Experts from across the political spectrum have decried the problem of systemic overclassification for many years, but the culture of secrecy has only become more deeply entrenched over time. Not only are the American people denied access to information of critical public interest, but even congressional overseers are left without the information necessary to conduct effective oversight.

Another key step toward greater accountability and trust is to end the practice of secret law, particularly releasing the secret legal opinions issued by the Department of Justice’s Office of Legal Counsel. No White House should be able to obtain secret legal justifications for flouting congressional oversight or asserting broad executive privilege, as the Trump administration did, nor to conduct mass surveillance, torture detainees, or assassinate U.S. citizens, as previous administrations did. Instead, such legal determinations should be made publicly, for all to see, understand, and if necessary, challenge. The public should have full knowledge of the law – a crucial pillar of any democracy.

Finally, we can’t expect an end to abuses of power if we don’t hold officials accountable for wrongdoing. An excellent place to start would be to declassify the Senate report and related materials on post-9/11 torture, laying open to public scrutiny the record of former and current officials’ involvement. The long fight over the Senate’s report on the CIA’s Detention and Interrogation Program has raged since 2012, and it has still never been released to the public. Meanwhile, those engaged in the highest levels of the program’s design and implementation continue to avoid full disclosure while the full record of their involvement in torture. More than a decade after its end, the administration can and should declassify and release not only the report but also the records of the entire program.

While winning back the trust of the American people is a worthy goal for a new administration, a true effort to fix the broken relationship between the government and the public will need to go much further than simply addressing the pandemic or the Trump administration.

Instead, it will mean taking a hard, uncomfortable look at Republican and Democratic administrations alike, shining a light on some of the darkest corners of recent American history. It will mean allowing a public reckoning with government abuses and untruths, not just along partisan lines but by the Bush, Obama, and Trump administrations — and likely the Biden administration as well.

Emily Manna is director of policy at Open the Government.