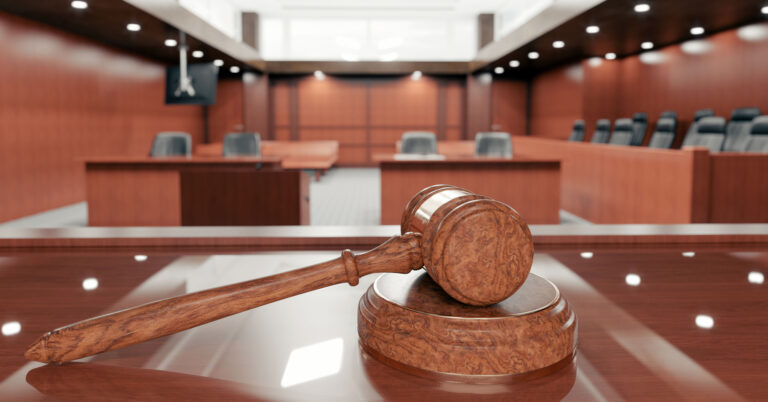 This article was authored by Kel McClanahan of National Security Counselors for Americans for Prosperity Foundation’s Sunshine Week 2022 essay series on reforming FOIA.

There are four people seated, two each at two tables. Then a voice rings out:

They all stand. Five men and three women file into the room and sit in the jury box. Then the judge walks in.

Judge: Has the jury reached a verdict?

Judge: And how does the jury find?

Foreperson: On the question of whether the plaintiff has shown, by a preponderance of the evidence, that full custody of the child is warranted, the jury has decided that the plaintiff has not yet met their burden of proof, but that they should be given another chance to make a better argument.

This sounds wrong, doesn’t it? Once you argue your case and offer all the evidence that supports your claim, you either win or lose the case, right? If you choose to make certain arguments, or you choose not to present certain evidence, your choice has consequences. The judge or jury might not be convinced, and you might just lose the case.

But this is how Freedom of Information Act litigation works most of the time. Under FOIA, the agency bears the burden of proof of showing that it complied with the law. That means that, if it doesn’t offer sufficient evidence to show it conducted an adequate search or it properly withheld records, it loses the argument.

Except that it really doesn’t. Not most of the time. Instead, more often than not, a judge will write an order stating that the agency failed to prove that it should win, but directing the agency to try again. And again. And again. Until either (a) the agency gives up, (b) the requester runs out of money, or (c) the agency hits upon the magic words to convince the judge that it was doing the right thing all along.

MINUTE ORDER denying . . . Defendant’s Motion for Summary Judgment and Plaintiffs’ Cross-Motion for Summary Judgment. In this FOIA case, . . .  [t]he dispute . . . is over Defendant’s invocation of the deliberative process privilege. Defendant has the burden to show that this privilege, and thus Exemption 5, applies. . . . In an attempt to meet its burden, Defendant provides alongside its motion a declaration and Vaughn index. . . . Generally, the Court can grant summary judgment based on such documents. . . . But here, the declaration and Vaughn index descriptions are not sufficiently specific . . . [T]he descriptions for many of the “draft documents” and emails concerning “transition coordination” leave the Court guessing “as to the who, what, where, and how of the deliberative process and the role played by the withheld material.” . . . Because the Court cannot yet determine the deliberative nature of many of Defendant’s withholdings, it will wait to address Plaintiffs’ more specific challenges and whether Defendant has shown that reasonably foreseeable harm would result from release of any deliberative material. . . . That said, the Court notes that Defendant’s current description of the harm may also be inadequate under Circuit precedent. Defendant’s repeated use of generic language about foreseeable harm, changing only the description of the category of information withheld, may well fall short of the “focused and concrete demonstration” Circuit precedent requires. . . . The Court shall provide Defendant an opportunity either to provide a more detailed declaration or Vaughn index alongside a renewed motion for summary judgment, or proceed otherwise in a manner consistent with its obligations under FOIA.

So, not only did the judge give the agency another chance to win the case without releasing a single previously withheld word, but he practically spelled out what the agency needed to say the next time around to “get to yes.”

Sadly, this is not one rogue judge. This sort of order is common. And it’s something that would never, ever happen in any other civil litigation. If a company files a motion for summary judgment in a discrimination case, and it deliberately chooses to only mouth platitudes about what a great company it is, and that motion is denied, it goes to trial. If the defendant in a defamation case files a motion for summary judgment, and he deliberately chooses to base his entire motion on his claim that he wouldn’t say such things, and he loses, it goes to trial. Insert any form of civil case here and the result is the same. When summary judgment is denied, the case goes to trial. Unless it’s FOIA.

While there are myriad theories about why this phenomenon occurs, it is undisputed that it has predictably perverse consequences. Unlike every other form of civil litigation, agencies are actively disincentivized from offering all the evidence that will prove their FOIA cases because they know that if they lose, they can just add a little bit more next time. And we’re not talking two bites at the apple here; some cases involve three, five, or ten renewed motions for summary judgment, all on the same issue. This turns FOIA litigation into one big delaying gambit, where the agency can put off releasing information until well after it has lost any practical value. Moreover, this incentivizes agencies to put forth the least evidence possible, because if they win with a minimal proffer, DOJ can cite to that as the acceptable standard in future cases, while if they lose, they just get to try again.

This is why the renewed motion for summary judgment is the worst thing about FOIA that you’ve never heard of. And it’s why limiting this practice and bringing FOIA into conformity with the rest of civil litigation would be truly transformative. FOIA litigation would drop dramatically if agencies knew they would have to either prove their case or reverse their position within months of being sued. Cases would be drastically shorter because judges would be able to make well-informed decisions promptly and move on. And the public as a whole would benefit from the hydraulic effects these changes would have on agency processes.

Kel McClanahan is the Executive Director of National Security Counselors, a Washington-area non-profit public interest law firm that specializes in national security law and information and privacy law, and through which he often represents Intelligence Community employees and contractors. He also teaches Law of Secrecy at George Washington University Law School. He can be found on Twitter at @NatlSecCnslrs.