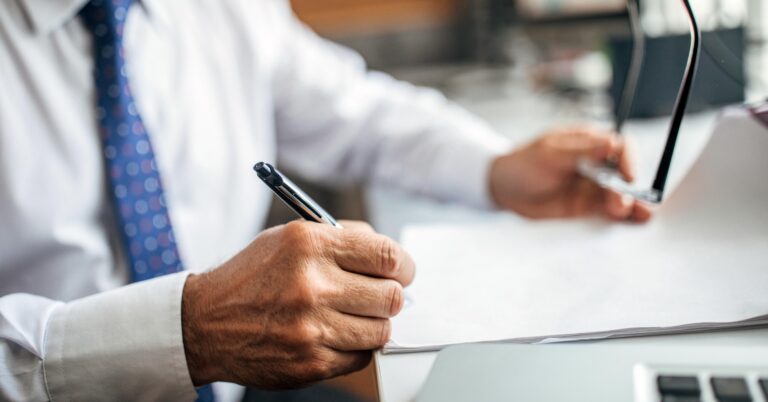 This article was authored by Matt Topic of Loevy & Loevy for Americans for Prosperity Foundation’s Sunshine Week 2022 essay series on reforming FOIA.

According to none other than Richard Nixon, “When information which properly belongs to the public is systematically withheld by those in power, the people soon become ignorant of their own affairs, distrustful of those who manage them, and eventually incapable of determining their own destinies.” The key to understanding why FOIA is so broken and what must be done to fix it is to realize that this is not a warning to the public, but a playbook to government actors who, like Nixon, prefer to keep information secret to avoid public accountability. Indeed, if this were not so, we would never have needed a FOIA statute in the first place.

Anyone who practices FOIA law, hears FOIA cases, or works in a federal FOIA office must know by now that the process is severely broken. Agency backlogs are out of control with not nearly enough being done to reduce them, and courts enable this by setting processing schedules that are dictated by the resources agencies have elected to devote to compliance. Justice Department lawyers argued for years that the 2016 foreseeable harm amendment didn’t actually change anything, and even after district and circuit court decisions made clear that position was wrong, agencies continue to offer the same generic justifications for their exemption claims they always have. These are just two examples; there are many more.

The statute has provisions that are supposed to prevent abuse and ensure meaningful transparency. Requests are supposed to be given determinations within 20 to 30 business days except in limited circumstances, with release of records “promptly” thereafter. Courts are supposed to grant agencies additional time only when they can make specific factual showings.

Instead of enforcing these requirements, however, many federal judges and even FOIA practitioners have been lulled into a view that “agencies are doing the best they can” and “Congress needs to give them more money to comply.” Not for lack of trying, I’ve yet to see any evidence that any agency has actually tried to get more FOIA money (rather, many spend “use it or lose it” money at the end of fiscal years to buy new office furniture), and agencies typically have multimillion, if not multibillion dollar budgets from which they are free to allocate as much money as they’d like to increase their FOIA compliance. But they don’t, and why on earth would they? Every day a FOIA request rots away in an administrative backwater is another day the agency can’t be criticized or second-guessed based on those records. With rare exceptions, agencies will never comply voluntarily with the spirit of the law, and will routinely ignore statutory requirements and conjure whatever excuses they can to justify it. Again, we wouldn’t need a statute if this wasn’t so.

This agency misconduct is then regularly defended by the Justice Department, deploying lawyers from elite law schools and federal clerkships, many of whom will go on to practice law in the upper echelons of the legal universe, in essence requiring requesters to litigate against the most expensive lawyers in the world. They write briefs that are twice as long as they need to be, and fight issues in FOIA cases as if the survival of American democracy depends on it, including petty and often silly procedural arguments. This imposes significant costs on FOIA requesters who are tired of the illegal delays and simply want what they are entitled to under the law.

Legal rights are worthless without a way of enforcing them in court, as evidenced by the glorious statements of individual rights supposedly guaranteed by the Soviet constitution. So Congress has wisely provided for statutory fee recovery for prevailing FOIA plaintiffs as a means to allow access to counsel that the vast majority of requesters could never afford for the vast majority of requests. But fee recovery is not mandatory, and therefore, even lawyers who obtain court orders finding that the government broke the law face real risk that their work will go unpaid because a judge finds the government’s position “reasonable” or doesn’t find enough public interest in the material that was released. This has stymied the creation of a well-functioning market of attorneys willing to take cases on an assignment of statutory fees alone, and has left the bulk of FOIA litigation to the few media organizations that can still afford to bring cases and interest groups that pursue particular agendas and are capable of raising funds to bring FOIA cases, or else pro se cases that impose extra burdens on courts and the government and often result in the creation of bad law.

What we need is an army of lawyers willing to take federal FOIA cases purely on statutory fee recovery grounds, and it needs to be large enough to ensure that every federal FOIA violation can get to court, period. Thousands of them each year, if not each month. It is only through the relentless pursuit of many cases that we have any hope of significantly changing agency behavior, and that behavior will never change just because it’s the right thing to do or even because the law requires it. It will change only when agencies simply cannot withstand the onslaught of litigation their broken, illegal, and anti-democratic FOIA policies bring. While there are many substantive, procedural, and structural changes to FOIA that should be made, without sufficient means to enforce them, those changes will be rendered useless.

FOIA will not get better until conditions are created that make compliance with the letter and spirit of the law a more attractive option for self-interested agency decisionmakers than litigating hundreds or thousands of FOIA lawsuits at a time and having to explain to the American taxpayer why millions of federal dollars a year have been spent fighting to keep records secret. Guaranteed attorney fees would greatly facilitate the creation of those conditions.

Matt Topic founded and leads the Freedom of Information Act practice at Loevy & Loevy. He and his team have litigated hundreds of state and federal open records cases, including the release of video revealing the murder of Laquan McDonald by Chicago police officer Jason Van Dyke, information from the Mueller Report about the decision not to charge Donald Trump Jr. with any crimes, and records that helped to exonerate an innocent person. He can be found on Twitter at  @mvtopic