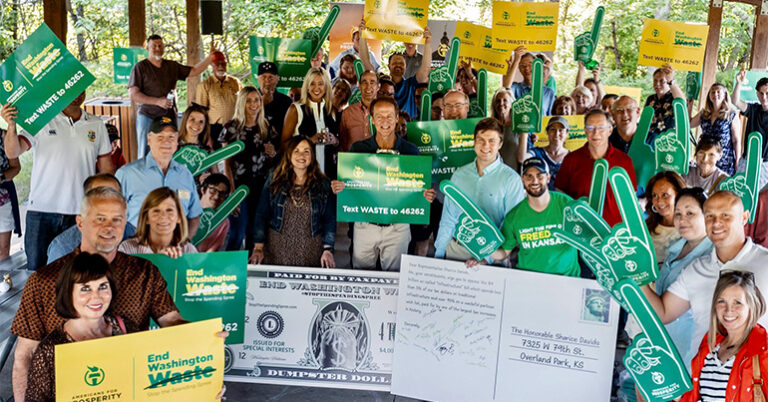 House lawmakers may have been vacationing this August, but their constituents have not rested.

House lawmakers could vote on these two pieces of legislation this week. They should listen to the thousands of Americans who, since May, have been raising their voices against these massive spending bills.

Spring: The march across the country begins

AFP launched its End Washington Waste: Stop the Spending Spree campaign in May.

At the time, just 36 percent of Americans supported Congress’ so-called infrastructure spending package. AFP committed to a seven-figure paid media effort and national grassroots campaign that would take us to more than 100 events across the county. 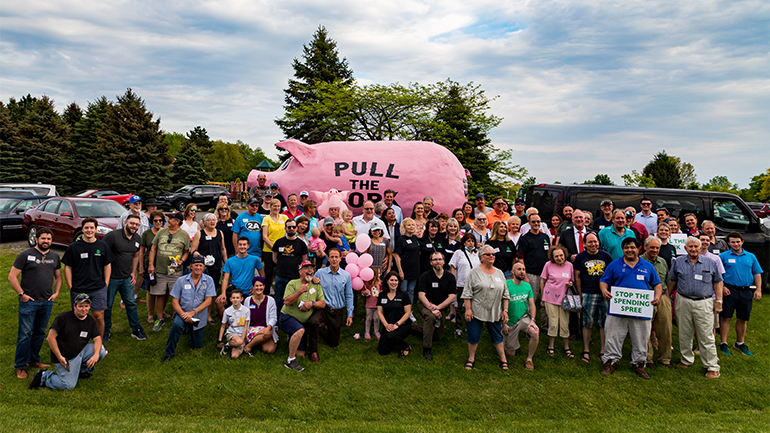 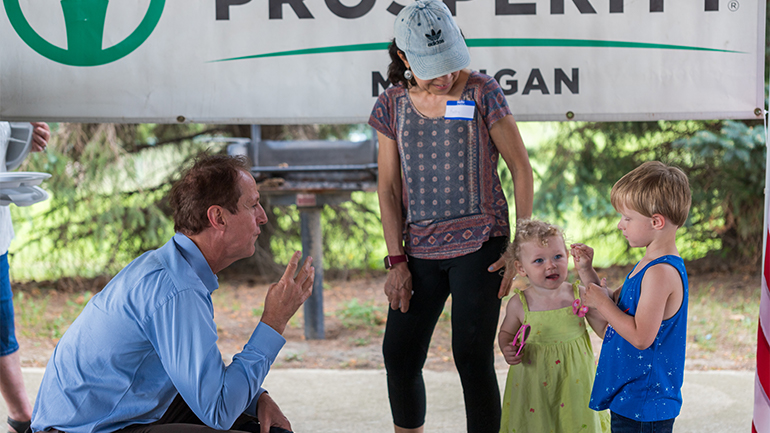 Our message was that Washington’s wasteful spending would result in higher taxes, fewer jobs, and a rigged economy. 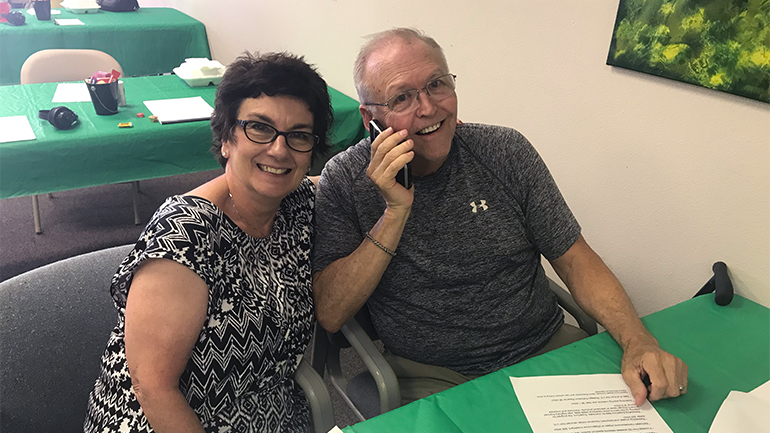 Iowa (July 2021). Two AFP activists make phone calls to spread the word about the harmful affects of Washington’s wasteful spending. Iowa was also one of the first stops for the End Washington Waste campaign when it began in April. 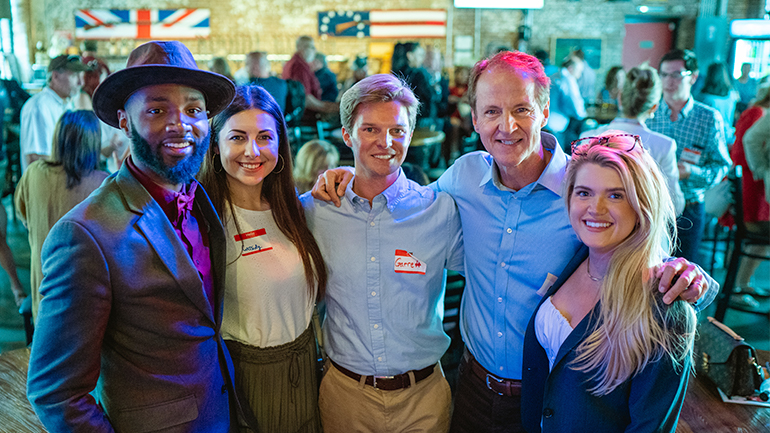 Nashville, Tenn. (May 2021) Tim Phillips poses for a photo with activists at an End Washington Waste event. 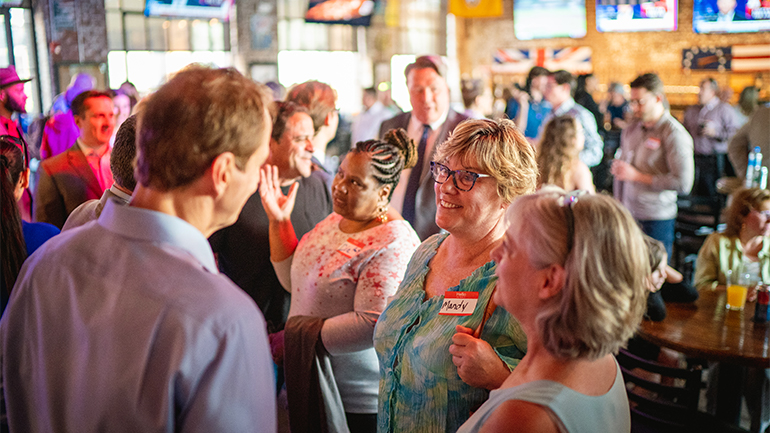 Nashville, Tenn. (May 2021) Activists speak with Tim Phillips about how we can address our infrastructure needs without massive new spending and tax increases.

Within two months, activists generated more than 1.5 million letters to elected officials — the most ever for an AFP campaign.

And instead of 100 events, we had hosted 350, including phone banking and other gatherings where people could get involved and take action.

AFP President Tim Phillips said the voters he had heard from are worried about the impact Washington’s overspending already has had on the costs of everyday goods like food, housing, and gasoline. 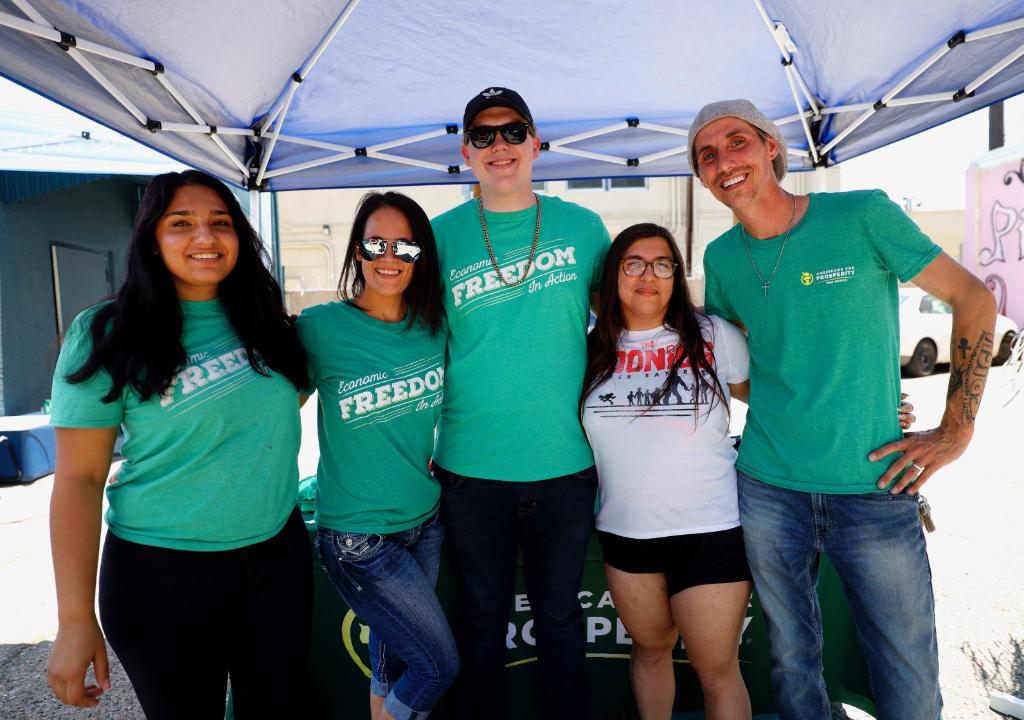 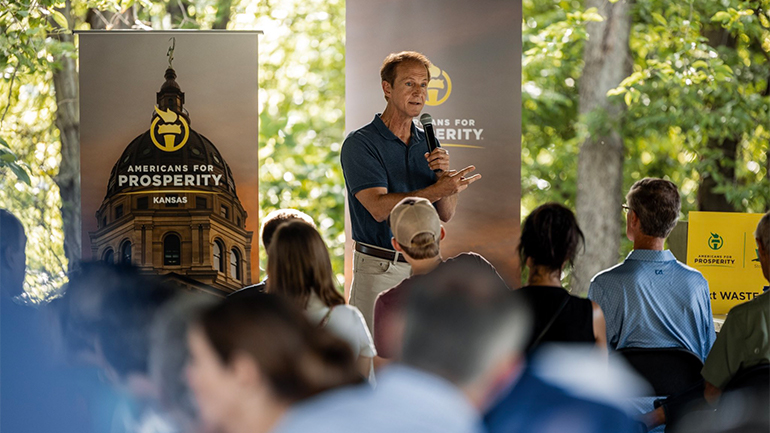 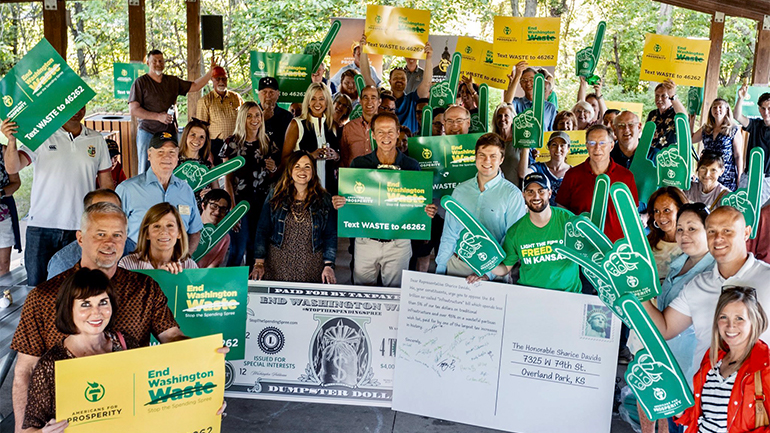 Kansas (June 2021) Activists rallied in Kansas to push back on massive new spending and tax increases.

“Bipartisanship should not be an excuse for bad policy, and that’s what this is,” Phillips told Fox Business. “[T]his wasteful spending spree reflects a bipartisan lack of respect for the fiscal responsibility Americans have been calling on their lawmakers to demonstrate.”

Phillips also made it clear that AFP’s work was not finished. 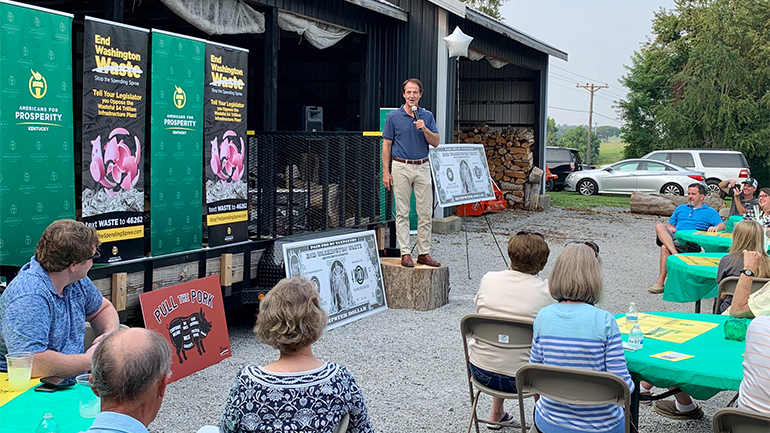 The final sprint? House vote will come down to just a few votes

In addition to continuing the AFP grassroots tour, Phillips hosted a series of Facebook Live events with lawmakers who oppose the infrastructure spending bill and budget resolution.

Now, with the next round of votes expected in September — and Speaker Nancy Pelosi (CA) operating with one of the narrowest majorities in history — AFP is focused on 13 representatives:

If four of these individuals oppose the $1.2 trillion infrastructure bill and $3.5 trillion budget reconciliation package, we can avoid one of the largest tax increase in our nation’s history. 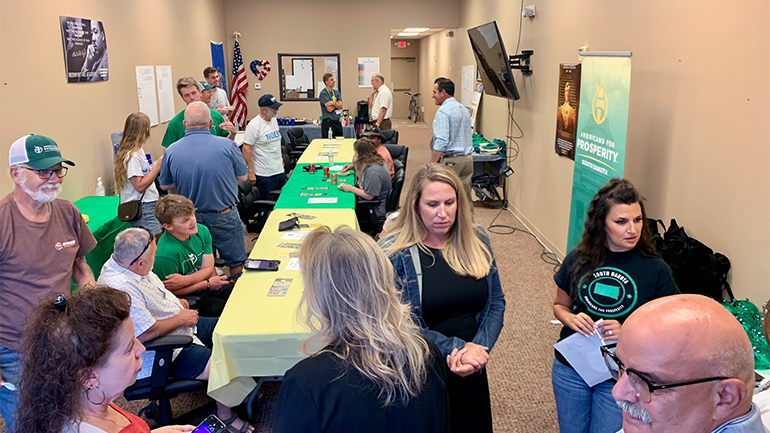 South Dakota (July 2021) Activists starting their Day of Action, where they called friends and neighbors to spread the word about the true cost of the $1.2 trillion “infrastructure” boondoggle and $3.5 trillion budget reconciliation package.

As Phillips has said, the cumulative $4.7 trillion in spending that Washington lawmakers have proposed is a “blueprint for economic devastation.”

The bills are “are full of old, borrowed, and partisan ideas” that “will chill the entrepreneurial spirit we’ve relied on for generations to make progress toward the future.”