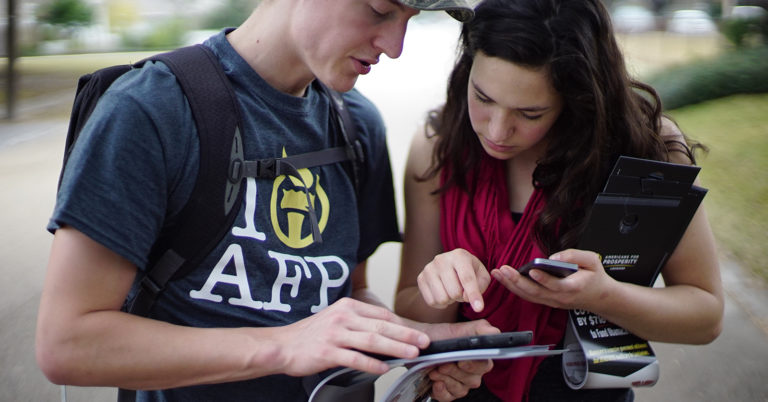 There’s an explosion of spending going on in Washington, with lawmakers competing to waste today’s tax revenues and borrow even more from future generations.

And now, as if all that weren’t enough, many in Washington are pushing for an additional $4 trillion.

This money would allegedly pay for infrastructure improvements, but once again, a large portion of it would go to low priorities that have nothing to do with roads, bridges, and other physical infrastructure.

The staff and volunteers at Americans for Prosperity are working to show policymakers that the American people favor responsible budgeting and fiscal restraint.

We know hardworking taxpayers don’t want to see their money wasted, which is why just 36 percent of Americans support the so-called infrastructure spending package being debated in Congress.

President Biden’s enormous infrastructure spending plan calls for TRILLIONS of dollars for a partisan wishlist that has little to do with roads, bridges, or trains.

His way of paying for it? Big new taxes. pic.twitter.com/wSGZfTs0rh

People understand that amid this roughly $6 trillion in emergency funding so far, about $650 billion has gone to “extraneous” policies.

That includes such things as a private-sector pension bailout and an expansion of the Affordable Care Act. The last thing they want is for lawmakers to add another wasteful multitrillion-dollar tab — especially when consumer prices are rising and inflation may be coming back.

With so many concerned about our nation’s fiscal future, AFP President Tim Phillips was recently in Iowa to talk with people about what’s happening in Washington.

Americans are fired up over the so-called “infrastructure” spending bill coming out of the @WhiteHouse.@TimPhillipsAFP spoke to motivated Iowans in Des Moines this week:
“This is nothing more than an attempt to push through failed ideas and special interest pet projects.” pic.twitter.com/VrI0gNgduc

In an interview with the Washington Times prior to the event, Phillips said:

Part of the message will be, ‘enough is enough here.’ Let’s rein this in and here’s the chance for you to vote ‘no’ and show your district that you’re … looking through the impact on the folks back home,

There are likely to be other stops as well, according to another report:

Tim Phillips…is going on the road to fight major elements of President Joe Biden’s infrastructure plan and the potential tax increases to help fund it … The stop in Des Moines is a sign of what’s to come across the country as the Biden administration and congressional Democrats craft a $2 trillion infrastructure-jobs-tax package.

AFP has long recognized the importance of efforts at a grassroots level to drive better policy. Our staff and volunteers inform people about the issues that affect them, both at the state and federal level. That’s certainly true now, when so many are concerned about the growing cost of spending and debt.

You can help rein in spending and promote fiscal responsibility by telling your lawmakers to end Washington waste!