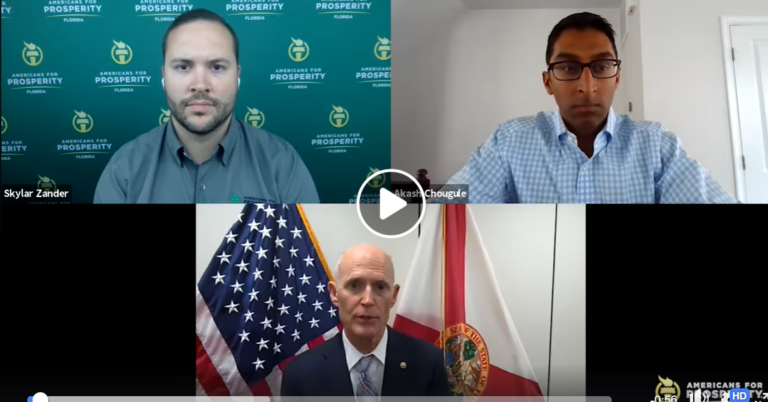 Senator Rick Scott: This infrastructure proposal is unfair to the American people

Should lawmakers take a vote on a $1.2 trillion bill that no American has ever seen? Some in Congress seem to think so. And that is exactly what they did.

Earlier this week, Congress’ so-called “hard” infrastructure package passed a procedural vote in the Senate, even though no text for the bill has been released, even to lawmakers. This is not responsible governance.

To talk about the vote, and what it will mean for the American people, Americans for Prosperity-Florida State Director Skylar Zander and AFP Senior Economic Advisor Akash Chougule met with U.S. Senator Rick Scott on Thursday over Facebook Live for AFP’s Congress Convos series.

Scott began the discussion by criticizing the decision to vote on a bill for which no legislative text exists.

“I think you should be pretty disappointed, first off,” the senator said, noting that even he hadn’t seen the bill’s text.

“So just stop and think about that,” he said. “We had all these senators vote for a bill they’ve never seen.”

There are a few more problems with this bill, Scott noted.

The other plan, weighing in at $3.5 trillion — the real cost is between $4 trillion and 5.5 trillion — would go to pay for a partisan “liberal wish list,” as Scott put it. 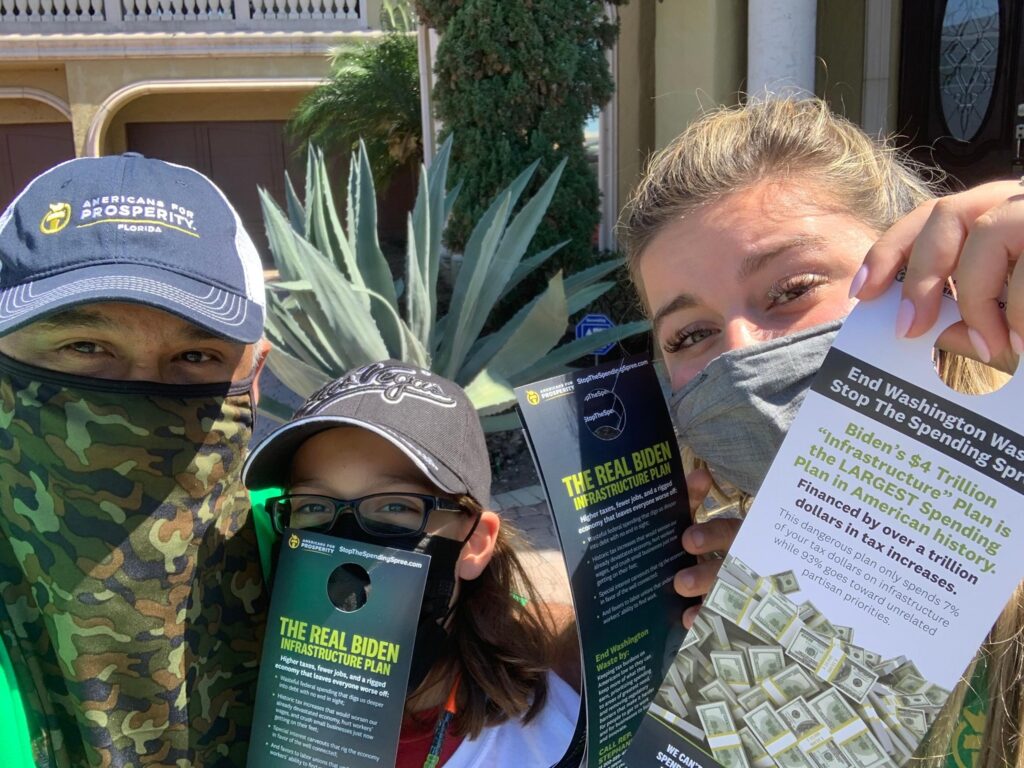 Will Americans see the return of inflation?

Spending trillions of dollars from thin air is bound to have consequences. Among them is inflation, Zander noted. If these bills pass, will inflation become a problem?

Scott noted that Americans are already feeling the sting of inflation as the pandemic recedes, particularly in the costs of food and fuel.

Lawmakers could also hike taxes — President Joe Biden argued for raising the corporate tax rate — but that would carry another set of consequences, Scott explained:

Unfortunately, the Congressional Budget Office hasn’t released a report on how these proposals will be paid for — or how a tax increase could hurt economic growth.

Whether Congress decides to opt for more deficit spending, or raise taxes, Americans will lose out.

“It’s not fair to the American citizen,” Scott said.

Earlier versions of the “infrastructure” package contained many of the provisions of lawmakers’ ultimate partisan wish list: the Green New Deal. The latest version is sure to feature many of those same pet projects.

“[The plan] is going to have every green new idea there is out there,” the senator said, adding that many of the tax credits and subsidies, particularly the electric vehicle credit, will go primarily to high-income earners.

Against the backdrop of lawmakers’ latest spending plan is the upcoming decision over the debt ceiling. Scott worried that Congress will ignore the debate entirely and vote without fanfare to expand federal borrowing limits.

“What happens is, politicians keep passing the buck, they don’t want to take responsibility,” the senator said. “We have to live within our means.”

While the details of the $1.2 trillion package and the later $5.5 trillion proposal still haven’t been nailed down, lawmakers seem to be in a rush to spend this money. What can the American people expect in the near future, Chougule asked?

“So what’s going to happen over the next few days is we’ll have a lot of procedural votes,” the senator replied. “Call your House member, call your Senate member, make sure [to] let them know what you think.”

“They can make a difference,” he concluded. 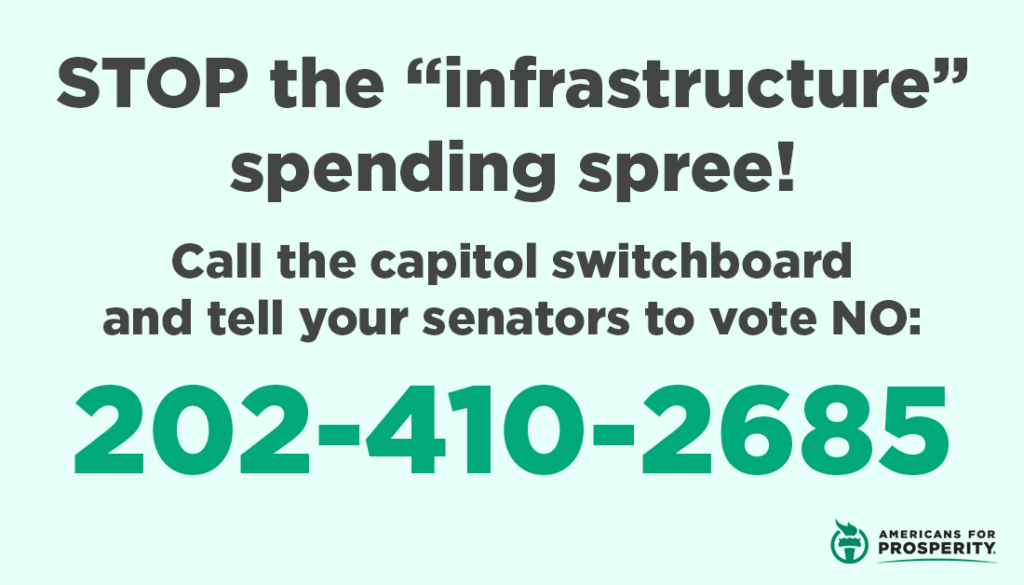