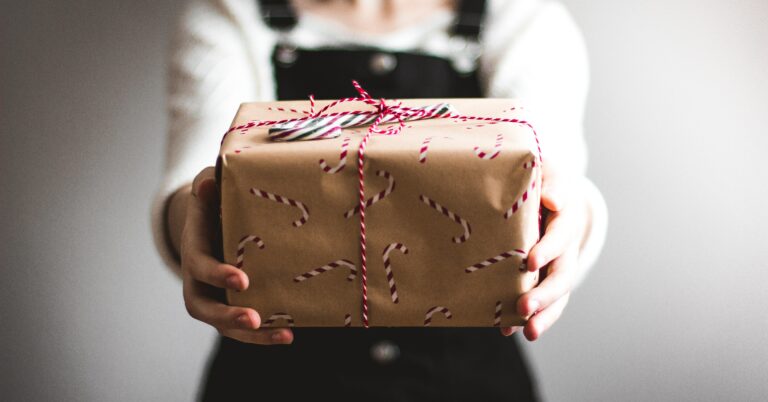 Americans don’t want a lot for Christmas. There’s just a few basics we’d all like to have: good jobs, affordable prices, fully stocked shelves, and gifts arriving in time for Christmas.

But Americans aren’t confident they’ll get what they want this year. According to a new CNN poll:

If Americans are beginning to suspect their holiday wish list priorities are different than the government’s, their suspicions are well-founded. 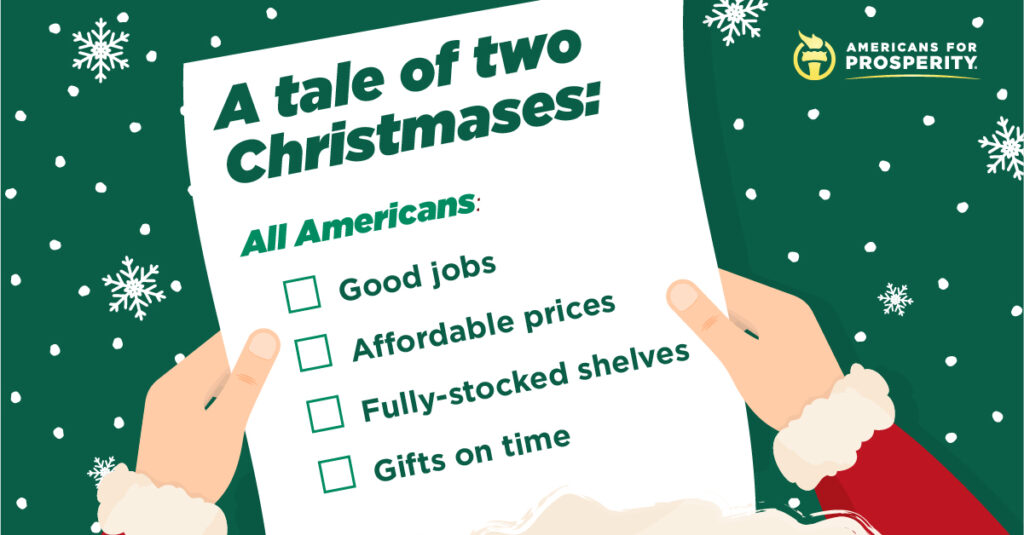 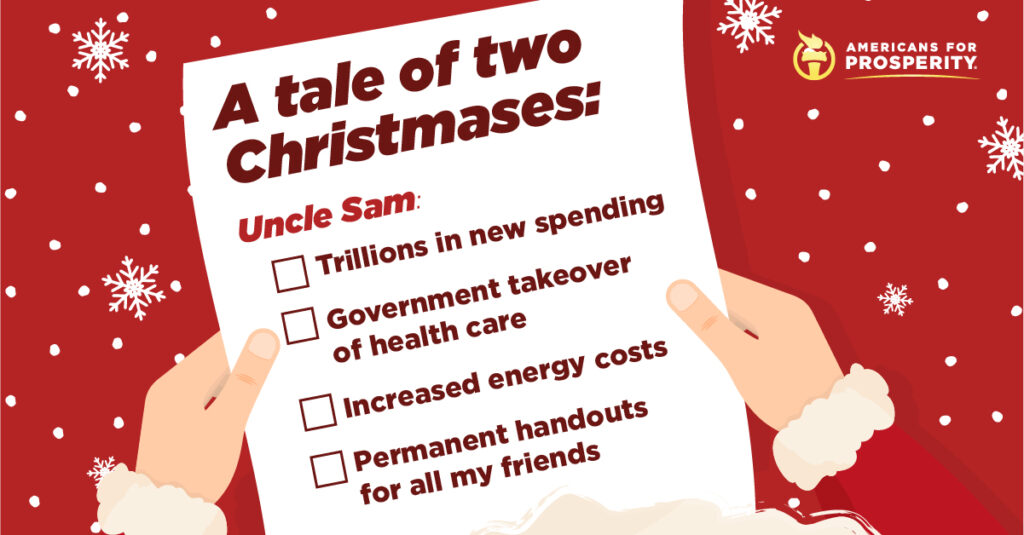 The wish list Couchman refers to, of course, is the “Build Back Better” plan.

Summing up the fiscal tricks in the bill, Couchman says,

“These provisions separately and together would undermine business’ ability to provide affordable goods and services to their customers [and] higher paying jobs to employees. … Those who value prosperity and good jobs will scrap these bad ideas as soon as possible.”

The real economic struggles facing the country — labor shortages, inflation, empty shelves, shipping delays — are caused by an interlinking set of circumstances made worse by longstanding policies the BBB would only exacerbate.

Passing the BBB would undoubtedly make these issues worse. What else is driving these problems and keeping Americans from getting what’s on their list? 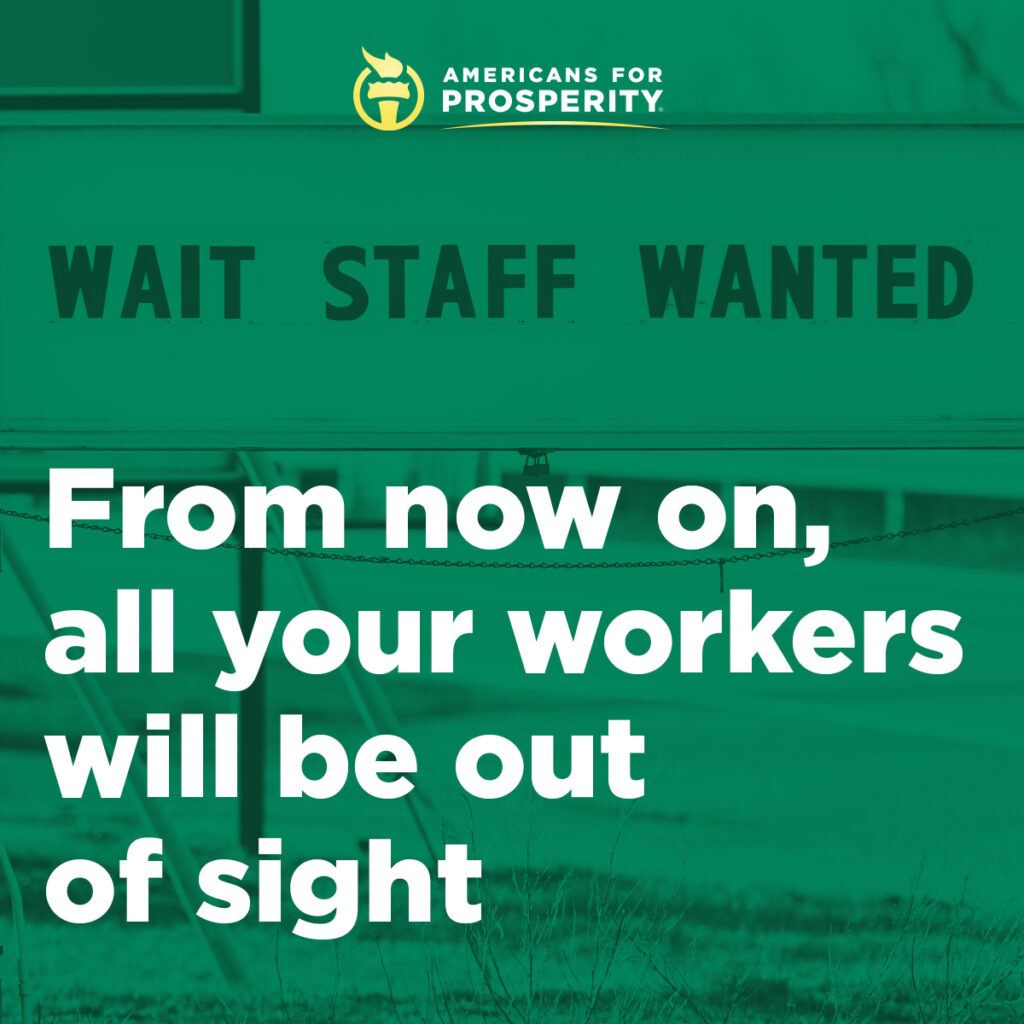 Labor force participation is down, due to the pandemic and – partially – because of government restrictions that reduced consumer access and employment needs across the country.

While protecting public health and easing economic hardship aren’t mutually exclusive, the ongoing tension is affecting returning to work for many.

Workers’ preferences have also permanently shifted over the last two years, with survey after survey finding that Americans value greater flexibility as a key factor in determining if and how they will return to their jobs.

Yet certain government policies are limiting the opportunity for flexible work.

The House passed the PRO Act earlier this year, which, if signed into law, would have consequences for employment on a national scale similar to what Californians are experiencing thanks to AB5: more businesses going under, fewer jobs and opportunities for independent work, and fewer people willing to navigate a labyrinth of labor regulations making it harder to get back on their feet.

Problems at our ports caused by pernicious trade policies 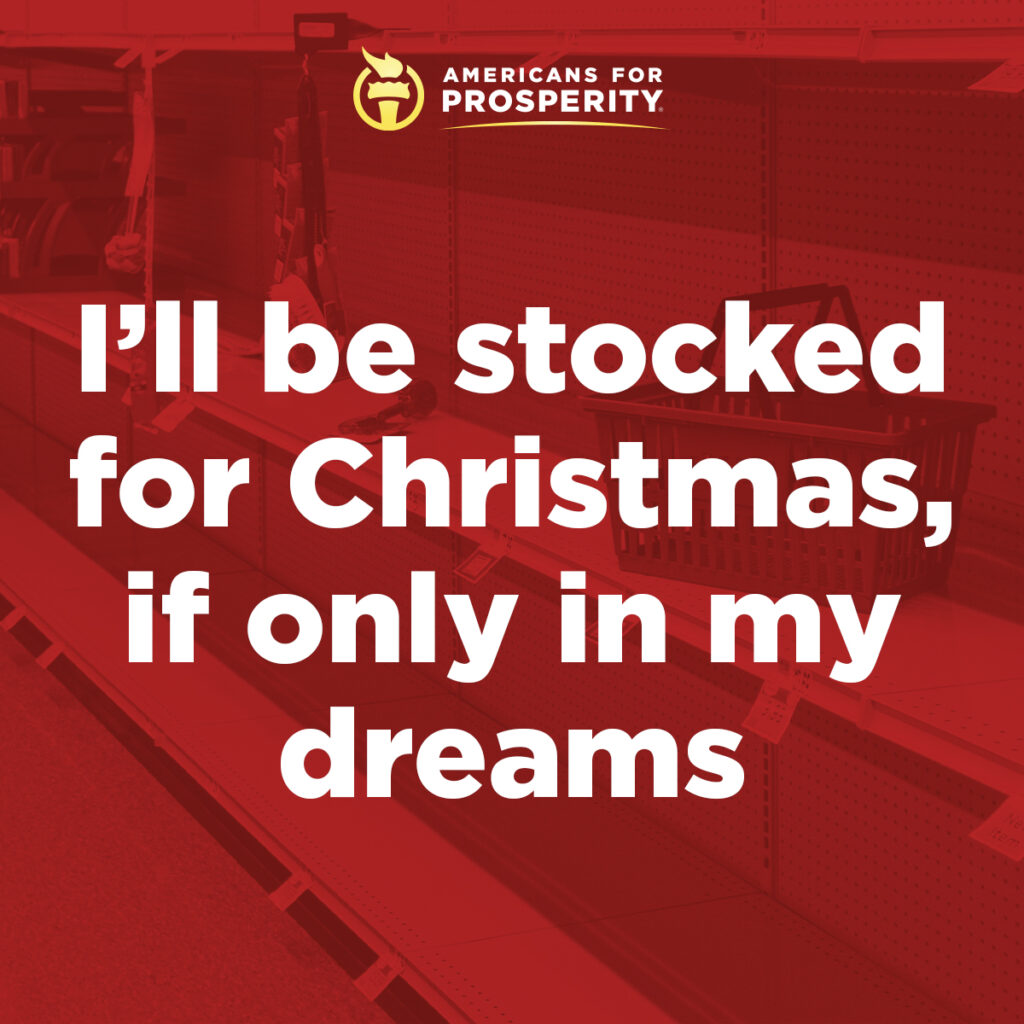 Labor shortages are contributing to problems at our ports: with fewer workers to load and unload goods, it’s taking longer for those gifts you ordered to get under the Christmas tree — if they make it there at all.

But current labor problems aren’t the only reason for America’s supply-chain snafus.

As Cato Institute Senior Fellow Scott Lincicome explains, the record number of ships stalled outside U.S. ports can be traced, in part, to years of dubious decisions benefiting a politically connected few at the expense of others.

Lincicome blames the influence of U.S. longshoreman unions and their “longer-term labor contract provisions that intentionally decrease port productivity” by limiting operating hours, hiring capacity (especially of non-union workers), and the modernization and innovation that would enable ports to operate more efficiently. 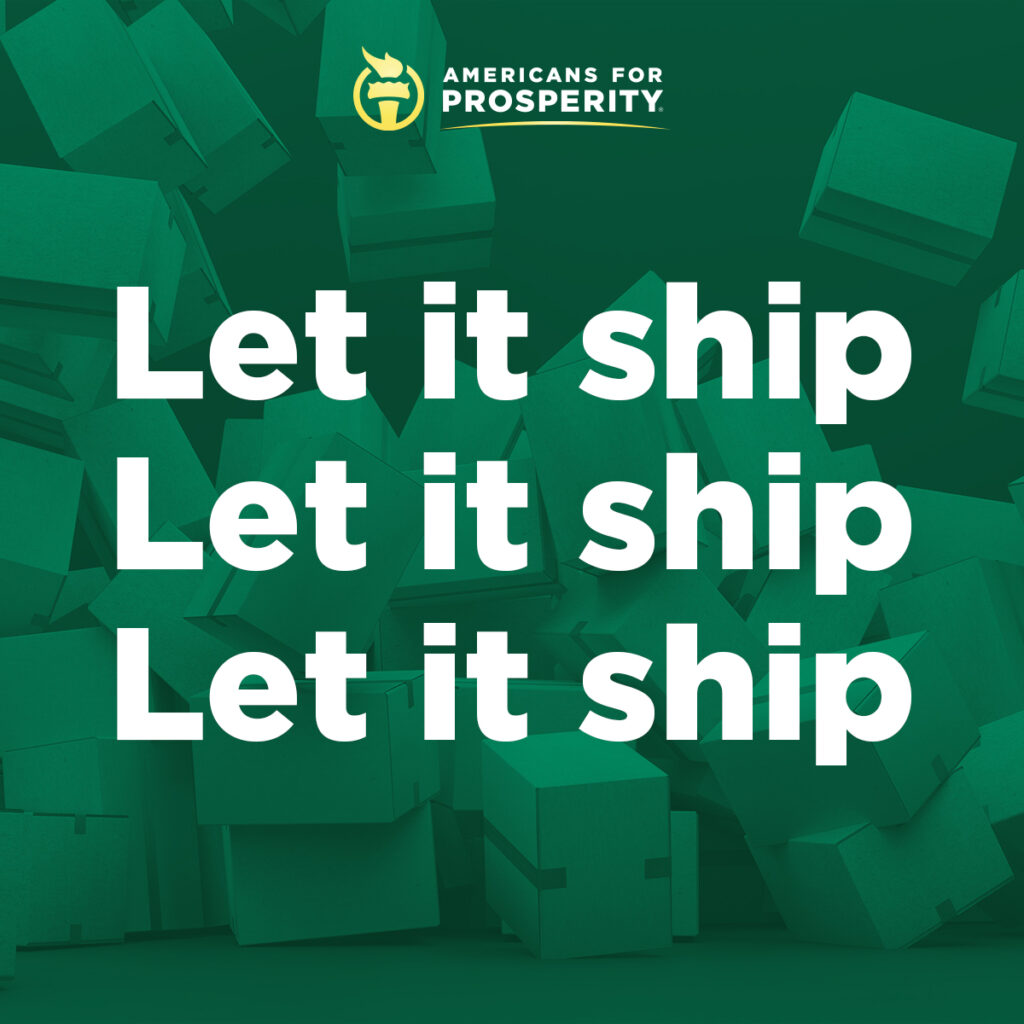 The Jones Act, “a particularly pernicious policy,” limits the number of ships we can use to carry cargo.

This 100-year-old law prohibits vessels flagged by other countries from carrying cargoes from one U.S. port to another. This would not necessarily be a big problem except for one key reality – America has only 96 ships that meet Jones Act requirements.

That means we don’t have many tankers, dry-bulk carriers, container ships, or any other kind. There aren’t many smaller container vessels available to pick up containers in Long Beach that have been brought from Asia by a huge vessel, then transport them to Oakland or Portland, which can’t accommodate the largest ships. Instead, those containers move out of Southern California via truck or train.

Shipping goods by land is more expensive, a cost passed on to you when you’re shopping. That’s one reason why another item on American’s wish list — affordable prices — might not get checked off this year.

The cost of Christmas gifts are higher thanks to inflation 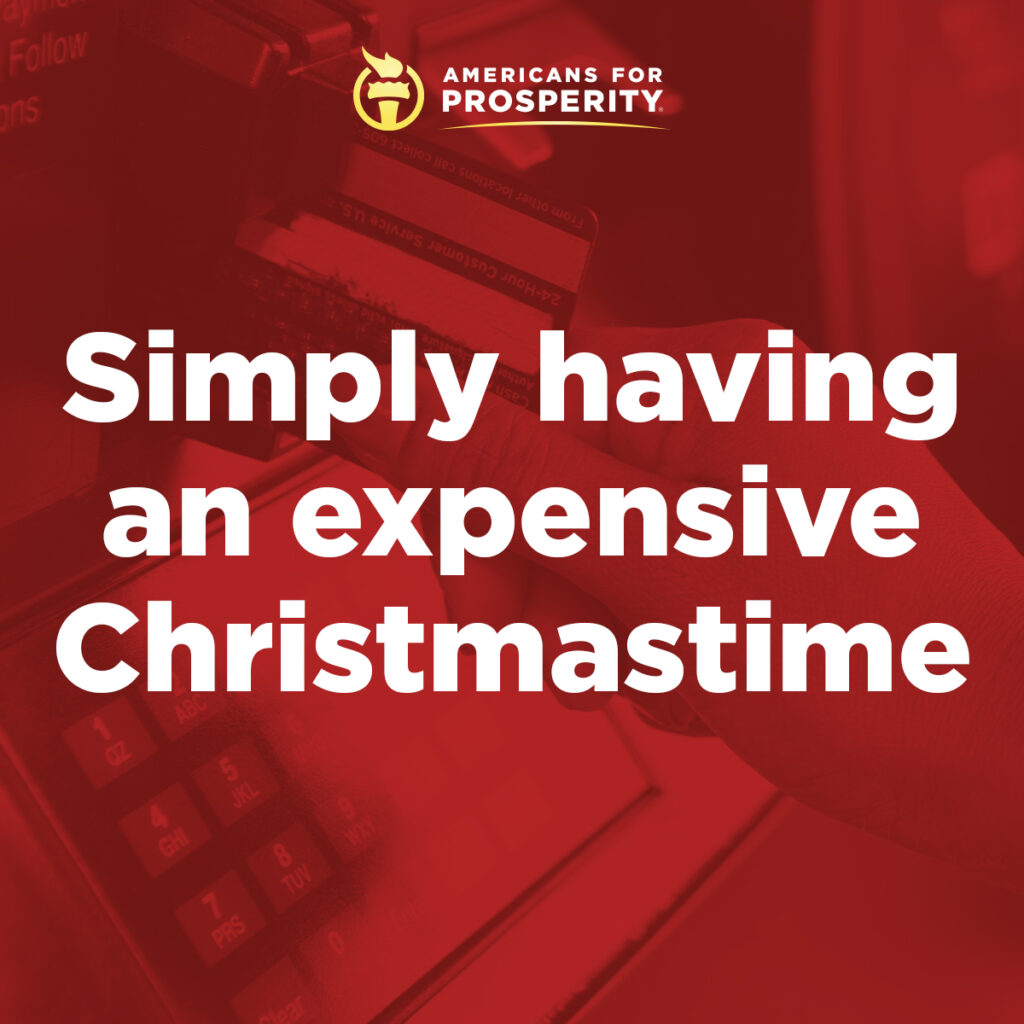 In addition to counterproductive trade policy, misguided fiscal decisions made by the U.S. government have driven inflation. Enabling our money supply to grow faster than real output has raised the cost of everyday items and wiped out wage increases.

An already convoluted set of circumstances created by past U.S. policy follies would only get worse if the president and Congress decide to move forward with their partisan agenda.

You can help make sure Americans get their wish list instead of being stuck with Uncle Sam’s.

Tell Washington to prioritize the needs of all Americans instead of its own this holiday season.