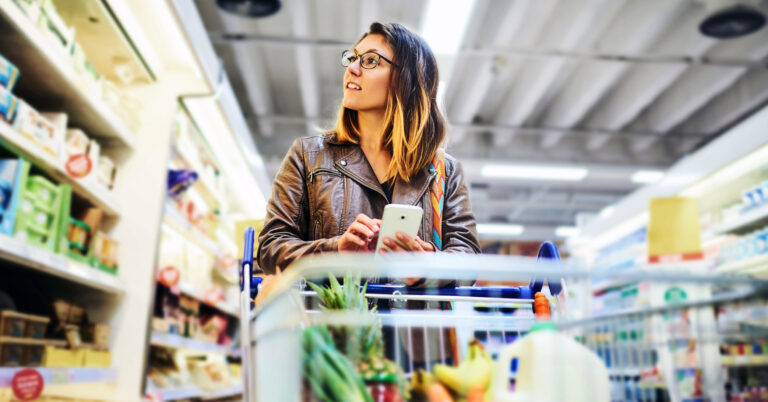 Could the infrastructure bill make your everyday needs less affordable?

For the first time in recent memory, inflation has become a major concern for many Americans.

This year, families have seen the rising cost of groceries, gasoline, and other everyday goods. They’re worried about making ends meet.

At the same time, Congress is considering Senator Bernie Sanders’ $3.5 trillion spending bill, to be paid for – in part – by $3 trillion in taxes.

With consumer prices on the rise, the decision to spend trillions of dollars on “infrastructure” and other initiatives is an important one.

The U.S. Bureau of Labor and Statistics confirms inflation has been tracking higher this year than in the recent past.

How does this affect your next trip to the grocery store or the gas pump?

The BLS reports that the consumer price indexes for “gasoline, household furnishings and operations, food, and shelter” all rose in the last month (meaning your hard-earned dollars buy less of these things than they did in the past).

The Independent Women’s Forum rounded up some other important categories in the following graphic: 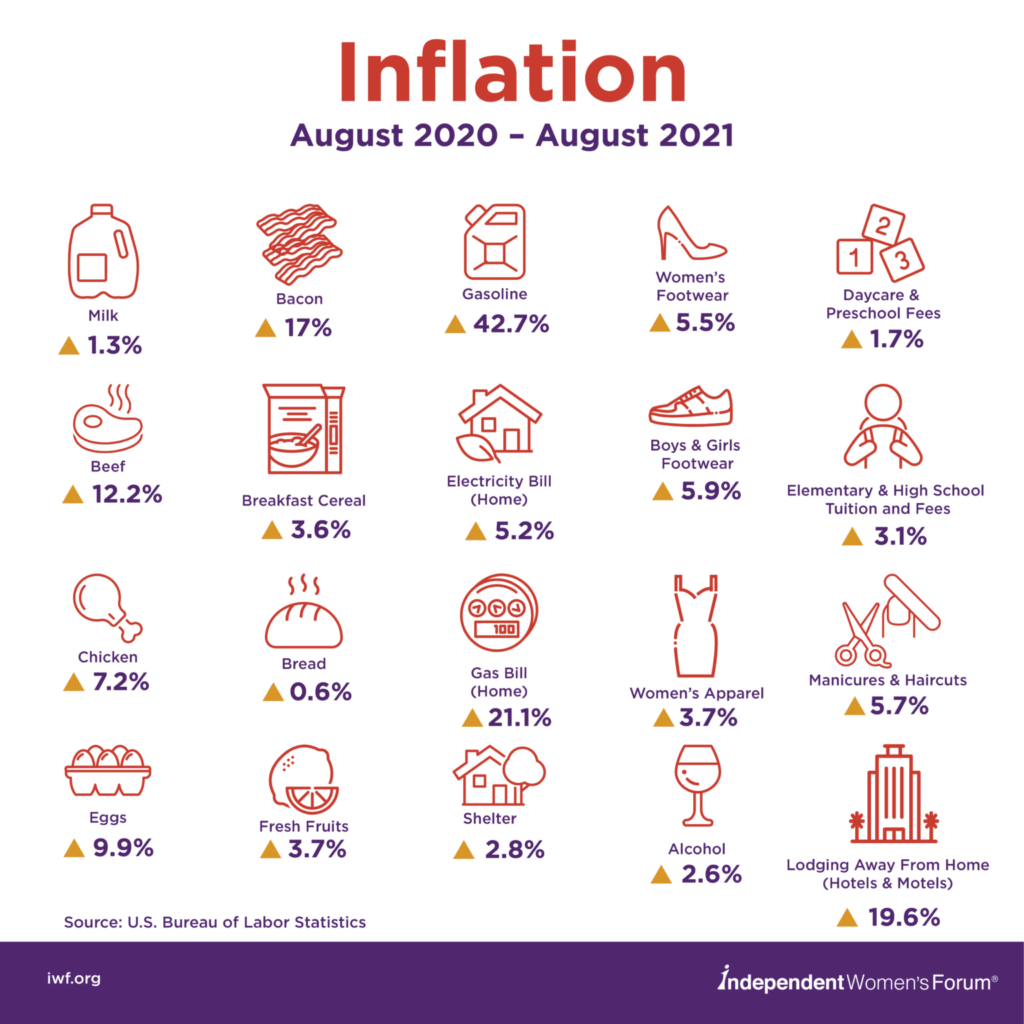 These are all things individuals and families must purchase regularly.

For now, those higher prices mean people will have to tighten their belts or go without.

If Washington decides to spend another $3.5 trillion for Sanders’ spending bill and another $1.2 trillion for an infrastructure bill, that will worsen a problem few families are prepared to deal with.

What can be done to prevent wasteful spending from hurting families?

Rising inflation can be caused by many factors, including some that are out of Washington’s control.

But increasing spending, taxes, and deficits can make things worse.

With Congress about to vote on literally trillions of dollars in new spending, it’s critical that lawmakers stop voting for bills that hurt the economy and harm workers and families.

People across the country have been coming together for months to let Washington know they want to stop the spending spree.

At more than 500 events across the country, they’ve made their voices heard and encouraged their friends and neighbors to do the same.

You can help stop this reckless spending spree and the inflation it could bring right now.

You’ll be joining the concerned citizens who have sent more than 1.9 million letters to Congress expressing concern over runaway spending spurring higher and higher prices on essential items.

Sign the letter today to keep everyday needs from becoming less affordable for all.