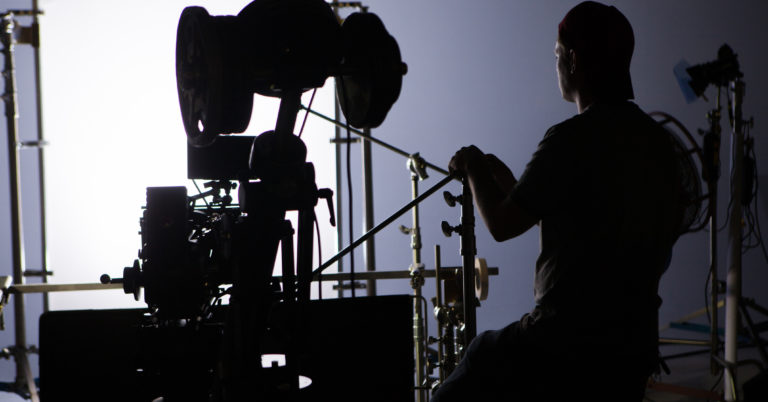 As with California’s disastrous AB 5 law, the PRO Act would hurt major sectors of the independent workforce

This article was guest authored by Karen Anderson, the founder and administrator of Freelancers Against AB5. Anderson spoke with several independent contractors, freelancers, and gig workers to hear how their businesses have struggled in the wake of AB 5, a likely outcome for independent workers nationwide if the PRO Act becomes law.

It’s been more than a year since California’s onerous AB 5 law went into effect in January 2020, yet the decimation continues for hundreds of categories of professions, trades, industries, and demographics across the once-Golden State.

This destructive scenario awaits the entire nation should California’s draconian ABC test for worker classification infest federal law via the PRO Act (Protecting the Right to Organize Act), which now awaits passage in the U.S. Senate.

For some, the damage is irreparable.

Independent filmmakers say AB 5 hamstrings their ability to work in California, and some are leaving the state altogether.

According to producer/actor and industry veteran Dan Cheatham of Temecula, most smart financiers are simply looking at shooting outside of California, if possible, which has diminished work in the state:

“Other changes in the industry are negatively impacting the powerful hubs in Los Angeles, and AB 5 forces the costs further upward in the entire state, pushing more and more of the work elsewhere. Self-financed projects are forced to rely on volunteer-only work, and the professional producers who organize the financing now have to justify the extreme jump in costs.”

Such is the case for writer-producer Willow Polson, who says AB 5 has crushed the micro-budget film industry.

“What used to cost maybe $30,000 to make is coming in at $100,000 or more, and keep in mind most of these very small projects are crowd-funded or pieced together with investment/angel funding,” said Polson, who is based in Northern California. “AB 5 not only hurts non-union actors and crew, it hurts small production companies too.”

Casting director James Byron Holden says his formerly lucrative freelance profession has been forced into payroll situations to the detriment of all.

“My colleagues and I are making less, working longer hours, and paying more in taxes,” Holden says. “Being an employee doesn’t fix anything. It only shifts the power to those who have accountants and lawyers.”

Months before COVID-19 hit, community playhouses, opera companies and children’s theaters in California were closing their doors due to AB 5’s impact on nonprofits and the arts. Converting dozens of independent contractors into employees can increase the cost of a single production by tens of thousands of dollars.

In February 2020, Sierra Madre Playhouse cancelled its annual Charlotte’s Web children’s play after the production budget increased by $38,000 due to AB 5.

A once-thriving freelance costume designer in the Inland Empire, Cat Kenison Erickson specializes in children’s theater. Not only does AB 5 deprive children access to the arts, it also stifles upward mobility in the profession.

“Many young designers cut their teeth in community theater and summer programs before going on to become professional theatrical designers,” she said. “Limiting their opportunities to hone and improve their craft ultimately harms the industry at large.”

“I am sad and sick as I watch the arts crumble around me,” adds Sylvia Amorino Gonzalez, who runs a small nonprofit opera company in Northern California.

AB 5 especially hurts seniors who previously thrived with self-employment opportunities such as videography or freelance transcribing.

“I can tell you that if you are a freelance transcriber, you can no longer work in California, period,” said Kathy Lang, who would need to move out of state in order to maintain her career.

“There is no way transcription companies are going to hire people as employees, as the whole nature of the business is based on ICs working from home. The entire industry is now completely dead here.”

Meanwhile, large industries continue to battle the law via litigation and the courts.

Last month, the U.S. Court of Appeals for the Ninth Circuit ruled against the California Trucking Association (CTA), removing the preliminary injunction that had previously spared 70,000 independent owner-operator truckers from AB 5 for the last 18 months.

According to CTA, the implications are far-reaching, would put many truckers out of business, and will increase the cost of goods and shipments significantly. CTA has sought a review by the full appellate court. The case could end up in the U.S. Supreme Court.

In November 2020, the International Franchise Association (IFA) filed a lawsuit against AB 5. The franchise business model does not pass AB 5’s strict ABC test, yet the California Legislature refuses to exempt the industry despite federal and state statutes that protect it. In November 2020, 7-Eleven announced it would no longer be opening new locations in California due to AB 5.

“It’s not an exaggeration to say that AB 5 would forever change the California economy if it isn’t amended to exempt the franchise business model,” said IFA Senior Vice President of Government Relations and Public Affairs Matt Haller. “California’s 75,000 franchise businesses and their nearly 730,000 employees would be subject to new laws that would undermine their very ability to operate.”

As AB 5 continues to rear its ugly head across a vast swath of professions in real time, California is paving the way for the demise of independent contracting nationally.

California is and always has been the test waters for national policies. With the same exact ABC test deployed in federal labor law (and ultimately employment and tax laws), the drastic domino effect would begin for all 50 states with passage of the PRO Act.

You can protect American workers from threats like the PRO Act by joining with the thousands of others who are flexing their independence to celebrate and defend independent work.