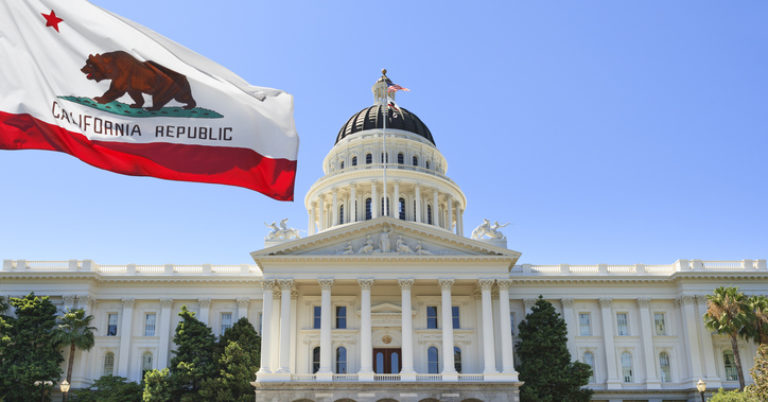 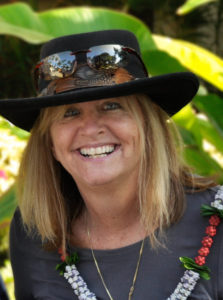 In September 2019, freelancer writer, editor and photographer Karen Anderson opened her newspaper to find out Gov. Gavin Newsom had just signed Assembly Bill 5, an expansive law that requires businesses that use independent contractors to reclassify them as employees unless they can meet a strict three-part test known as the ABC test.

AB 5’s supporters, including its sponsor, Assemblywoman Lorena Gonzalez, had touted the law as a way to regulate and unionize the gig economy in California, as well as to generate more payroll taxes.

But the law would reach far beyond Uber and Lyft.

“When I first read the news about AB 5, I thought ‘this is going to kill me,’ ” Anderson said.

Anderson started working as a freelance writer in the 1990s, and was never at a loss for work or clients throughout the years.

Today, Anderson is a driving force behind the opposition to AB 5, which went into effect on January 1, 2020. After researching the law in detail, Anderson started the Facebook group, Freelancers Against AB5, to find out how the law was affecting independent contractors in other professions. The group now has nearly 19,000 members who raise awareness and share stories about how the law has harmed their careers and families.

Anderson also maintains an archive of 200-plus categories of professions, documenting countless devastating stories from independent contractors and small businesses in her group affected by AB 5.

Anderson said she founded Freelancers Against AB5 in November 2019 because she wanted to connect with people in other professions to see if they would share their stories. Within one month, posts were “pouring in from people who already were losing clients and work.”

Today, the group is the primary resource for “exposing the big-picture collateral damage across the vast swath of professions impacted by AB 5,” Anderson said. Hundreds of independent contractors also have provided screenshots of termination letters to the group from clients, agencies or platforms they previously contracted with.

Anderson said the stories are “heartbreaking” and “infuriating” because “people were losing their livelihoods overnight.” The consequences of AB 5 impact the general public as well. For music fans, it could mean the break-up of their favorite band. (Anderson has been in touch with at least one GRAMMY-winning musician whose band was shattered by AB 5.)

Some independent contractors have moved out of the state in order to keep their livelihoods.

“AB 5 is decimating the independent film industry in California,” Anderson explained. “A lot of community theatres also are unable to convert all of their production into payroll without incurring enormous increases in costs. Opera and ballet companies too. Many performing-arts companies closed their doors in California long before COVID hit.”

Some industries, including rideshare companies — the very companies AB 5 advocates had targeted — have won exemptions from the law. But the exemption process itself is highly problematic, Anderson argued.

“The professions and sectors with the biggest lobbies and the loudest voices have received exemptions, and the law picks winners and losers,” Anderson said. “The exemptions are arbitrary. Grant writers are exempt, for example, but grant researchers are not. Doctors are exempt but nurse practitioners are not. Also, just because your profession is named in an exemption doesn’t mean you can take advantage of it. There are a lot of hoops to jump through, plus fine print, caveats, and brick walls.”

Small business owners are also members of Anderson’s Facebook group because, under AB 5, it is up to the hiring entity to prove they are not misclassifying their independent contractors.

“The audit stories are really eye-opening,” explained Anderson. “Mom-and-pop businesses spend thousands of dollars in attorney fees defending themselves in front of the labor board. The fines and penalties for misclassification are massive.”

If a business is found to have misclassified an independent contractor, it could face fines of up to $25,000 per violation, along with having to pay back pay, benefits and taxes, plus workers’ comp fines, and more. “It could put them out of business,” Anderson said.

While Anderson has been able to maintain a few clients, friends have not been as lucky. Prior to AB 5, Anderson’s neighbor made a lucrative living in Orange County as a safety consultant who inspected compounding pharmacies. That work has vanished, and her neighbor worries she will never regain her career because of her age.

“AB 5 is inherently ageist,” Anderson argued. “You have seniors in their 60s and 70s who earned very good livings as independent contractors working as transcribers, tutors or videographers, for example. They lost their livelihoods overnight, and would have a hard time getting hired full-time or part-time in the equivalent field and make the same amount of money.”

Anderson also pointed out that, especially in a recession, full-time work is hardly stable. She is acutely aware of this as a writer.

“If I had worked in a newsroom for the last 20 years, there would have been no guarantees I would have kept my job,” said Anderson. “For me, job security is freelancing. AB 5 is a really archaic and binary way of thinking about the 21st-century workforce.”

Anderson said she worries most about the individuals who, like her, choose flexible, independent work that also provides the flexibility needed to care for a loved one at home.

“What about the person who needs to earn an income while at the same time looking after their sick spouse, developmentally disabled child, or elderly parent 24/7?” asked Anderson, whose mother is in her 90s. “There also are people with chronic conditions or social anxiety who choose independent work so that they can work from home. This law is devastating for them.”

A cautionary tale for Congress

AB 5’s impact has been especially devastating during COVID-19, Anderson said. “The pandemic highlights the inequities,” Anderson argued. “When people in other states lost their jobs or income because of the pandemic, they found remote work online to tide them over. Californians were aced out of those opportunities.”

Anderson is worried AB 5 is about to move beyond the Golden State. The Protecting the Right to Organize Act, which just passed in the U.S. House of Representatives on March 9, 2021, mimics the exact-same ABC test that California businesses have such a hard time dealing with. She urged Americans not to wait until the bill passes in the Senate before they act.

“This is a war on independent work in California and is a cautionary tale for anyone advocating this legislation,” Anderson concluded. “We need to sound the alarm.”

You can help defend independent work and the livelihoods of those who have benefitted from it. Flex your independence by joining the campaign to protect this way of life.