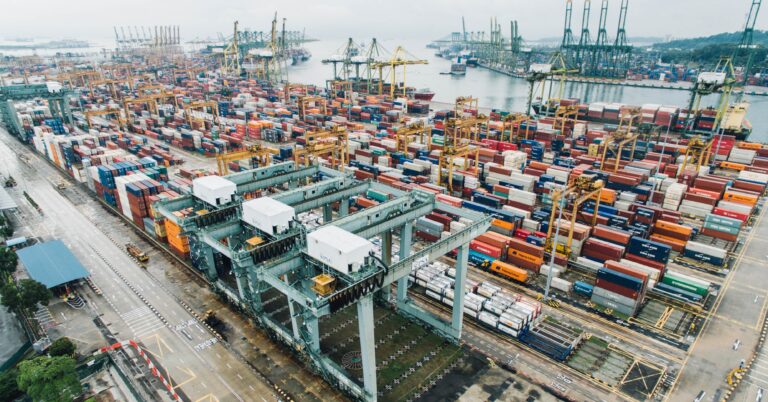 In October, President Joe Biden called on the Port of Los Angeles to operate 24 hours per day, seven days per week.

He also said the “rest of the private sector chain” now needs to step up, as well, to help goods move faster. “Our goal is not only to get through this immediate bottleneck,” he said, “but to address the longstanding weaknesses in our transportation supply chain that this pandemic has exposed.”

It’s all well and good to encourage the private sector to do things to make U.S. and global supply chains work better.

Of course, firms involved in the production, transportation, and sale of goods already have strong financial incentives to make the system work smoothly. They hope to make a profit by effectively meeting the needs of their customers, not to suffer the losses that can occur when items get stuck somewhere between the manufacturer and the ultimate consumer.

What was missing from the president’s comments was any acknowledgement of the role played by federal regulations in preventing supply chains from working at peak efficiency. Guess it’s a lot easier to criticize the private sector than to lighten burdens imposed by the government.

The “STOP the GRINCH Act” (“Surpassing Temporary Obstructions at Ports and Guaranteeing Resources to Increase the Nation’s Commercial Health Act”) would start getting the government out of the way so companies selling, transporting, and buying goods could actually make the supply chain work.

How the Jones Act is hampering our ports and our economy

Although it’s well known that excessive regulation can hinder economic progress, details often are obscure. Decades of regulatory accumulation, with unnecessary or duplicative rules and requirements piling one on top of the other without any meaningful review of their impact or efficacy, can undermine economic growth and result in unintended consequences. A number of measures constraining the economy are explained in Americans for Prosperity’s roadmap for post-pandemic recovery .

The Jones Act (Merchant Marine Act of 1920) is a particularly pernicious policy.

This 100-year-old law prohibits vessels flagged by other countries from carrying cargoes from one U.S. port to another. This would not necessarily be a big problem except for one key reality – America has only 96 ships that meet Jones Act requirements.

That means we don’t have many tankers, dry-bulk carriers, container ships, or any other kind. There aren’t many smaller container vessels available to pick up containers in Long Beach that have been brought from Asia by a huge vessel, then transport them to Oakland or Portland, which can’t accommodate the largest ships. Instead, those containers move out of Southern California via truck or train.

In fairness, it will take more than the regulatory waivers called for the in the STOP the GRINCH Act to fix the problems plaguing U.S. ports.

Enacting the STOP the GRINCH Act won’t be enough to raise operations of those ports above their current Third-World status.

However, Lee and Fischbach have offered useful suggestions as first steps. Congress should pass their bill, then prepare for more fundamental reform of laws that shackle ports and other parts of the supply chain.

Dan Pearson, a former chairman of the U.S. International Trade Commission, is a trade policy fellow at Americans for Prosperity.