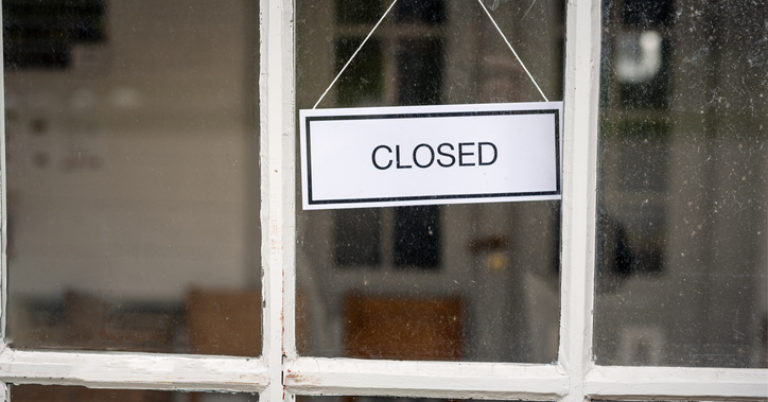 Would America’s small businesses be hurt by the president’s “infrastructure” plan? 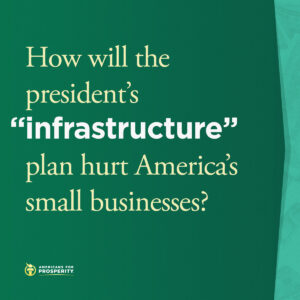 The package – worth up to $4 trillion, with very little devoted to actual infrastructure — will be paid for by one of the largest tax increases in American history.

Not to worry, say supporters. They claim only big businesses and the wealthy will foot the bill.

That isn’t the case.

The president’s package would hurt small businesses, not just from its massive tax increase, but from the plan’s other provisions, among them the PRO Act.

Small businesses, still recovering from the COVID-19 pandemic, cannot afford this. Many closed over the course of this health crisis. Others have been in survival mode for the past year.

Now, with most Americans having received at least one vaccination, small businesses are itching to grow again and serve their customers. A tax hike could threaten that progress.

If Congress passes this massive spending package, what will happen to small businesses?

A tax hike for businesses, large and small 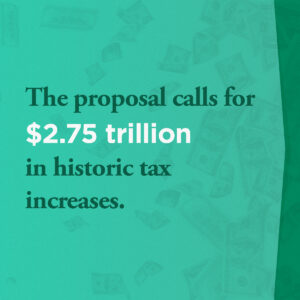 Small businesses are in the crosshairs of these tax hikes, which raise the corporate tax rate from 21 percent to 28 percent.

There are 1.4 million small businesses — those with 500 employees or fewer — classified as C-corporations that would be subject to the new taxes.

These companies employ almost 13 million workers across many sectors of the economy.

New taxes would depress hiring, investment, and growth for them. What’s more, a majority of small business owners say it will take six months to a year before they can fully recover from the pandemic.

A tax hike now would be disastrous.

The Tax Cuts and Jobs Act of 2017 — which lowered the corporate rate from 35 percent to 21 percent — proved that unshackling America’s businesses from the heavy hand of government works, spurring investment and allowing Americans to keep more of the money they earn.

Raising taxes again would undo much of this progress, hurting many industries, including:

If lawmakers implement these taxes, millions of employees working for small businesses will take a hit.

Many other small businesses would be hurt by these tax increases, too.

The president promises that no household making below $400,000 would see its taxes raised, but that ignores the fact that most small businesses file as individuals, or pass throughs. In other words, these taxes on high earners would often be taxes on small businesses.

Raising the corporate tax rate, just after a pandemic, would be extremely self-destructive, and would result in lower wages for employees and higher prices for consumers.

The PRO Act would take a hammer to small businesses

Among the proposal’s most destructive provisions is the Protecting the Right to Organize Act, or the PRO Act. The bill, already passed separately by the House, would prevent small businesses from working with independent contractors reclassified under its “ABC” test.

According to recent polling from Alignable, a small business networking website:

The president’s proposal, proponents say, is designed to get America back on its feet after the pandemic.

Unfortunately, it would be ruinous for our country’s small businesses.  Lawmakers should reject it.

Learn more about how you can help stop Congress’ next spending spree and help End Washington waste.