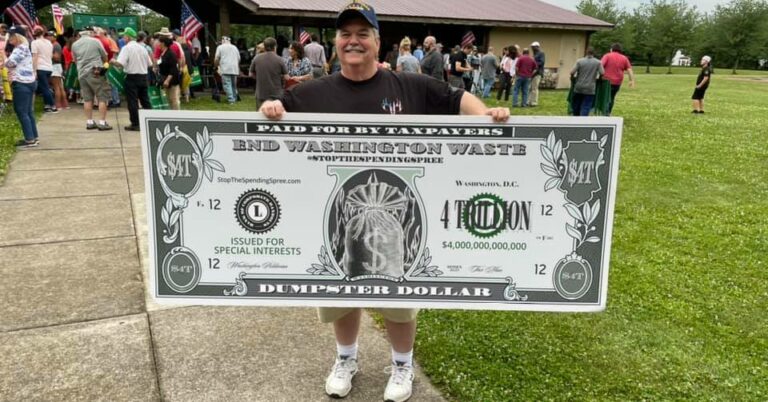 Americans know they will bear the burden of Washington’s overspending

House and Senate leaders are scrambling to save their $3.5 trillion budget reconciliation by cutting back on its contents.

Things are not going well. As lawmakers negotiated to reduce the scope of the massive spending plan, Arizona Sen. Kyrsten Sinema continues to oppose key provisions, including the bill’s tax increases, and West Virginia Sen. Joe Manchin reportedly told colleagues he is “comfortable with zero” dollars in new spending.

According to three new polls, Americans have major concerns about the budget reconciliation — starting with the fact that they are not sure they would even benefit from it.

In a national poll conducted by YouGov in late September, 45 percent of Americans surveyed said they believe neither they nor their family would benefit from the $3.5 trillion budget reconciliation measure. Only 9 percent said they would benefit greatly.

In West Virginia, meanwhile, 45 percent of respondents said the package would not help their families at all. Only 8 percent said their family would benefit greatly. More than half of state residents, 56 percent, said they do not believe low-income individuals would benefit from the spending plan.

Americans not only said they are unlikely to benefit from the bill — many believe it would hurt them financially.

By a 47 percent to 33 percent margin in the national poll, Americans said they think the spending bill would trigger higher inflation and an increased cost of living. Only 13 percent of respondents were willing to say they have no concerns at all about the bill’s impact on inflation.

A significant majority of Arizonans, 57 percent, said they believe the bill would likely cause higher inflation. Nearly two-thirds of Independents said inflationary consequences are a “big” or “moderate” concern for them.

In West Virginia, meanwhile, a full two-thirds (67 percent) of respondents said they believe the bill would likely cause higher inflation. That response included 70 percent of independents.

When it comes to the more than $2 trillion in new taxes included in the budget reconciliation, Americans are clear: they know they will owe more.

By a margin of 55 percent to 25 percent in the national poll, respondents said they believe the middle class would end up paying higher taxes.

In West Virginia, only 23 percent of respondents said they buy the president’s claims that tax hikes would be borne only by the wealthy. Nearly three-fifths, 59 percent, said the middle class would be giving up more of their paychecks to the IRS.

Half of Arizonans, including 51 percent who said they are independents, believe the budget reconciliation would raise taxes on the middle class.

So what do Americans want their leaders in Washington do?

In the national poll, 46 percent of respondents said House and Senate leaders should abandon ship. Independents definitely are on board with that idea. Fifty-two percent said they want Congress to give up.

Survey results from Arizona and West Virginia were eerily similar.

More than half (53 percent) of West Virginians, including 57 percent of Independents, said that because of higher middles-class taxes, higher interest rates, and higher inflation, Congress should scrap the bill entirely. Only 32 percent said they believe the bill is an important investment in America.

A plurality of Arizonans (47 percent) want Congress to abandon the bill because of concerns about higher taxes, interest rates, and inflation. Only 37 percent said they want lawmakers to move ahead.