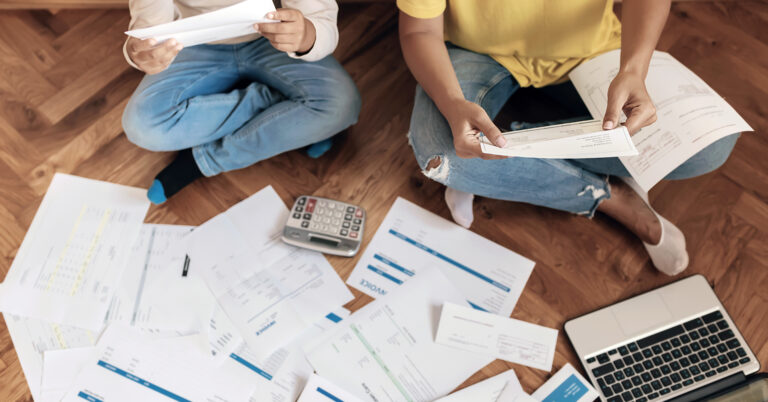 How the infrastructure package would hurt the middle class

Over the next few weeks, members of Congress will cast several votes that could add trillions to the U.S. national debt. President Joe Biden and supporters of the so-called “infrastructure” package— said to cost $3.5 trillion, but likely to exceed $5 trillion — claim their proposal will not harm the middle class.

Inflation, taxes, and energy costs would all rise for most Americans.

As consumers approach the holiday shopping season, one thing is uppermost in their minds: prices. According to the latest U.S. government data, consumer prices for most goods are 5.3 percent higher than a year ago.

Supporters of the massive partisan spending package have downplayed inflation concerns, but new borrowing and spending could make things worse.

Business leaders are getting anxious, and an August poll showed inflation is Americans’ top economic worry.

The fear is not unfounded. In August:

Higher prices mean people will have to tighten their belts or go without — not a message lawmakers want to send as the country heads into its second pandemic holiday season.

This proposal will raise energy costs

In another blow to struggling families, the spending package would raise energy costs, which are already up 32 percent from last year.

American families spend over $1.27 trillion per year on energy, and more than 30 million households face high energy burdens and pay a substantial portion of their take home pay for electricity, heating, and fuel. The lowest income households devote more than 20 percent of their after-tax income on residential utilities and gasoline. COVID-19 has exacerbated energy poverty in the U.S.

Lawmakers’ proposals would worsen that burden.

The spending plan would pave the way for new carbon and natural gas taxes — which would make it more difficult and costly to produce some types of energy — while handing out subsidies to other politically preferred industries.

Restrictions on energy production, including the “clean electricity standard,” would cause energy prices to skyrocket, something we’ve seen in states with similar mandates.

Utilities have even said lawmakers’ “infrastructure” proposal would erode the reliability and resilience of the electrical grid.

Tax increases would harm all Americans

Biden repeatedly pledged on the campaign trail that he would not raise taxes on families earning more than $400,000 annually.

Lawmakers would also give the IRS the resources to hire 87,000 enforcement agents and could require financial institutions to turn over Americans’ bank account information to the agency.

Because a significant portion of the tax gap comes from low-income families, this provision means struggling families could be targeted by the IRS.

Even the provisions lawmakers say are necessary to ensure businesses “pay their fair share” will hurt families.

Everyday Americans bear the brunt of corporate taxes. Whether it is energy, health care, or retail goods, consumers can expect prices to rise if lawmakers raise these levies. The Tax Policy Center estimates three-quarters of middle-income households would lose income because of the corporate tax hike.

A Federal Reserve study found a corporate tax increase could reduce wages for a family earning $80,000 per year by more than $2,000.

The corporate tax hike could hit 169 million taxpayers earning less than $500,000 per year, including Americans with incomes as low as $30,000 per year.

The good news is American still have time to demand their representatives in Congress oppose this destructive legislation.

Tell your lawmakers that the $3.5 trillion budget reconciliation measure would be a disaster for businesses, families, and the economy.

Nearly one year later, what has the “American Rescue Plan” done for us?