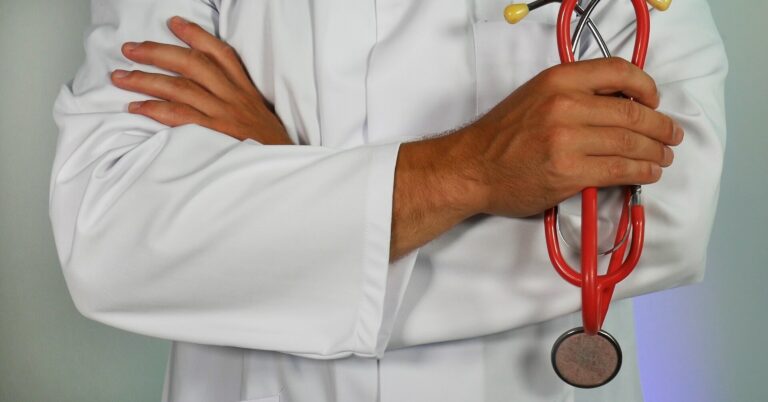 Under the guise of infrastructure, Senator Bernie Sanders (I-Vermont) and his allies are plotting the biggest expansion of government-run health care since the Affordable Care Act (ACA, a.k.a. Obamacare).

In fact, if recent news reports are accurate, it is more than 60 percent bigger than the ACA.

The tragedy is that much of the proposed expansion would come at the expense of Medicare, a program millions of seniors count on for their health care needs.

While the initial 10-year cost of the ACA was estimated at $940 billion, the comparable figure for Sen. Sanders’ health care plan is about $1.6 trillion.

And the purpose of that $1.6 trillion? To advance a complete government takeover of health care.

How would it do that? By greatly expanding existing government health care programs, including Medicare, Medicaid, and the ACA, so we pass a tipping point, and a complete government takeover of health care – meaning a complete end of the private health insurance most Americans enjoy – becomes inevitable.

Lawmakers need to wake up and understand that Senator Bernie Sanders and his allies are using the guise of infrastructure to plot the biggest expansion of government-run health care in over a decade. pic.twitter.com/j5fpqxFGFc

Sanders and his progressive allies have long dreamed of it: a government-monopoly over health care, or “single-payer.”

We know all this because many countries  have adopted single-payer, and the melancholy results are well-documented.

Residents of single-payer countries end up paying for their “free,” government-provided health care by being forced to endure needless suffering, lost income, and preventable death.

And how would Sanders “pay” for all that massive new spending? With:

While new and expanded benefits may sound enticing, they are setting up Medicare for a financial crisis that would require huge tax hikes, benefit cuts, or both. 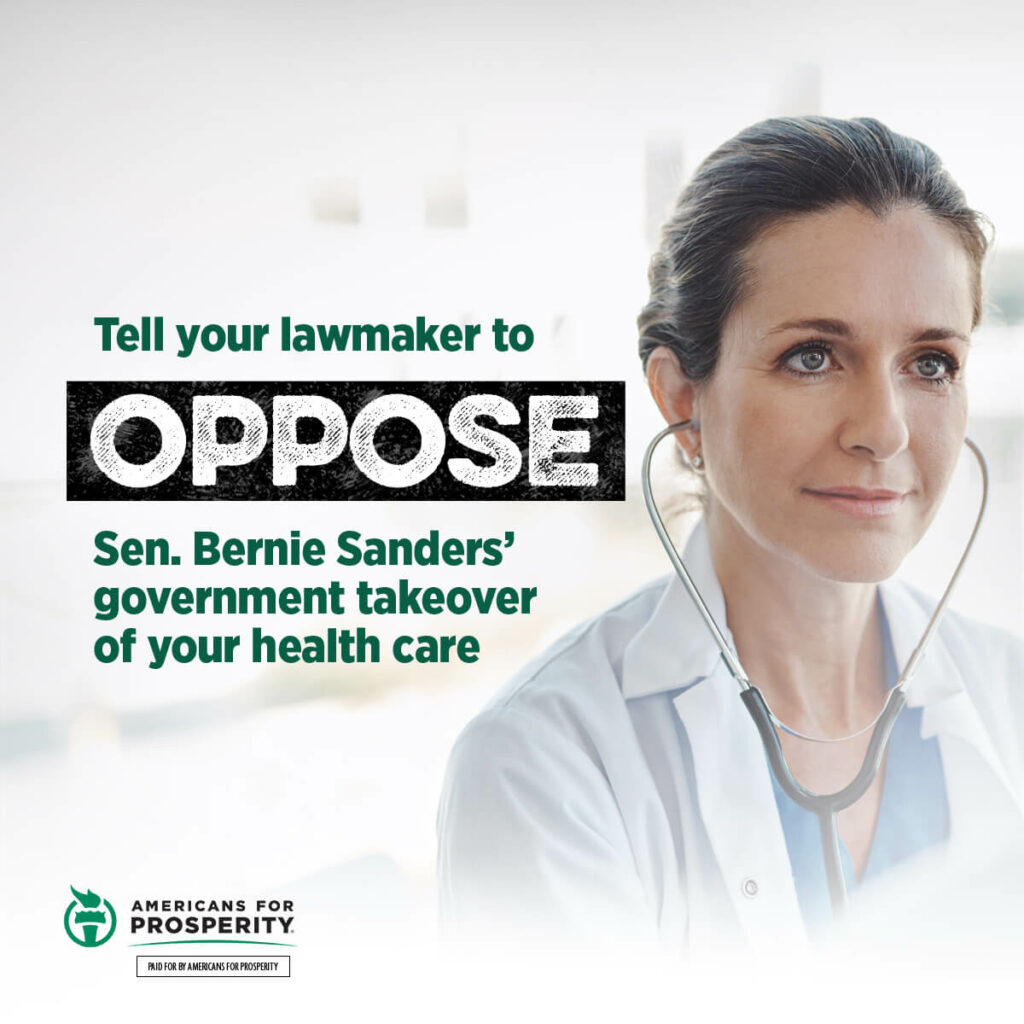 Right now, there are about 61 million people on Medicare. According to the Congressional Budget Office, the Medicare Trust Fund is projected to go broke in 2026, just five years from now.

Lowering the eligibility age to 60, as Sanders wants, would add nearly 23 million non-seniors to the Medicare rolls.

In the absence of sensible offsetting reforms, this huge expansion would hasten the exhaustion of the Medicare trust fund, leading to significant benefit cuts, massive tax hikes, more deficit spending, or all three.

Furthermore, almost all of these 23 million potential new beneficiaries already have private health insurance. Their addition to Medicare would also shrink the employer-based health care system, potentially destabilizing it.

It would certainly reduce the net income of doctors and hospitals because Medicare typically pays 25 to 40 percent less than private commercial insurers do. Such a large pay cut for providers would unavoidably make it harder for Medicare patients to see the doctors of their choice in a timely way.

Why would we jeopardize both Medicare and the private insurance system by adding to the program tens of millions of non-seniors who already have health insurance?

Adding new dental, vision, and hearing benefits would be costly ($370 billion over 10 years). It could also lead to higher Part B premiums for seniors.

Under Medicare’s rules, Part B premium amounts are calculated based on overall program spending. If Congress adds new benefits, spending will go up, and with it seniors’ premiums.

Adding these benefits is unnecessary, for two reasons.

Adding these costly and unnecessary benefits to original Medicare would be a colossal waste of money and could lead to higher premiums.

Here we come to the most ominous part of Sen. Sanders’ plan: a draconian Medicare price-fixing plan. Inevitably, this would lead to drug shortages and fewer new breakthrough therapies, and thus needless suffering and death.

Under the Sanders plan, Medicare’s bureaucracy would have virtually unfettered power to fix the prices of every prescription drug in America — not just for seniors, but for everyone — because Medicare would legally be empowered to “negotiate” (i.e., dictate) prices on behalf of all insurance plans, private as well as public.

Such a sweeping power would inevitably lead insurers to underpay for some, if not most, drugs.

This in turn would lead to drug shortages and fewer life-saving cures. In Canada, which does fix drug prices, people have access to only about 44 percent of new drugs.

The question is not whether Americans will needlessly suffer under price-fixing, but how many and how badly.

To get a sense of the answer, we need only turn to the nonpartisan experts at the Congressional Budget Office, who estimate that Sanders’ price-fixing plan would lead to 300 fewer new drugs being approved over the first 10 years. And that is a midrange estimate. The actual number could be higher.

The right way to reduce the cost of prescription drugs is by promoting greater competition and ending the red tape that makes drugs more expensive.

Under Sen. Sanders’ plan, seniors should expect to have reduced access to life-saving prescription drugs.

This expansion of government-controlled health care is not occurring in a vacuum; it is part of a massive increase in government spending that threatens great economic harm.

These health care changes are contained in a $3.5 trillion “infrastructure” bill that comes on the heels of the $4 trillion already spent dealing with the COVID pandemic.

This is new spending, above and beyond what the government normally spends (which is also increasing by 8.4 percent, adding another $1 trillion in new spending over the next decade).

It doesn’t stop there. Another $1 trillion will be added for the renewal of what budget expert Brian Riedl calls, “policies that currently use fake expiration dates to hide their long-term cost (after all, no one believes lawmakers will actually allow the child tax credit expansions to expire).”

Before COVID-19, the national debt held by the public stood at $17 trillion. Today, it is $22 trillion. Policies now being considered by Congress would by 2031 about double that to more than $43 trillion — a number hard to comprehend.

This spending spree risks serious economic consequences. What would that mean?

Here is how the Congressional Budget Office describes the economic and financial effects of the debt path we are on:

In short, inflation and interest rates could both rise, making it harder and much more expensive for the federal government to borrow money.

This would have serious implications for every government program, particularly Medicare. At about $800 billion annually, Medicare is one of the largest federal programs. And as more Baby Boomers retire, financial pressure on the program will continue growing.

If borrowing becomes too costly, Congress will have very few options at its disposal to save the program. It could raise taxes substantially, cut Medicare benefits, or some combination of both.

Given the fiscal trajectory the country and the new spending binge Congress is now considering, we can realistically expect future large tax hikes and Medicare cuts. 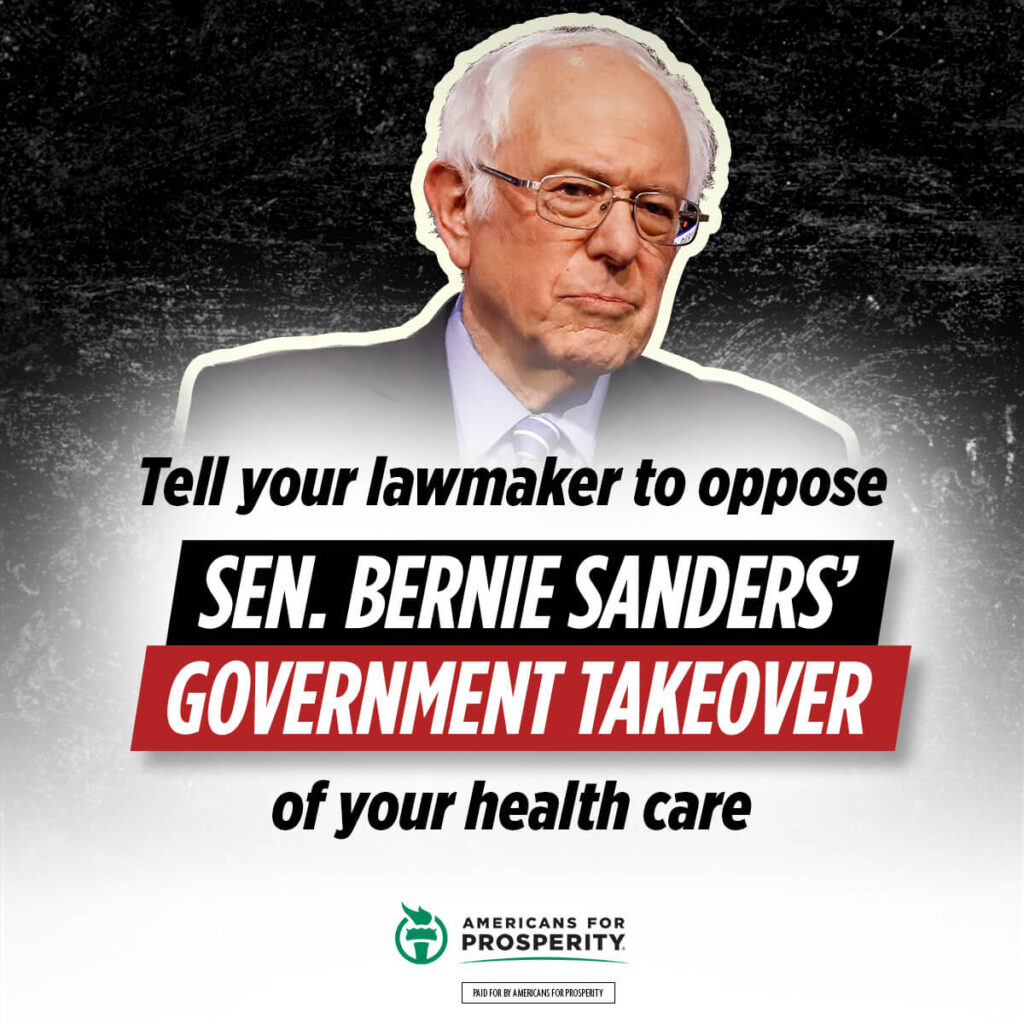 Who do you trust?

If lawmakers fail to take this threat seriously, seniors and taxpayers will suffer, and America will be one step closer to a single-payer system that forces patients to give up the health care they like and saddles future generations with trillions in new debt.

The debate comes down to one question: Who do you trust with your health care? The government? Or your own doctors?

Americans trust their doctors. In fact, an April AFP poll shows people in this country are not looking for a revolution. They do not want a government takeover of their health care, under any guise, be it “single-payer,” “Medicare for all,” “a public option,” “human infrastructure,” or any other Beltway euphemism.

Instead, they want a personal option for health care.

What does that mean? It means a series of reasonable, moderate reforms that fix what isn’t working in our system and keep what works.

In short, a personal option means giving Americans what they tell us they actually want: better care at lower cost.

The choice is clear: Give Americans a personal option instead

By contrast, Sanders’ $1.6 trillion spending-and-price-fixing blowout means giving us the very opposite: worse care at higher cost. And to add insult to injury, it means using Medicare as a piggybank and seniors as guinea pigs.

The choice is clear. Congress should reject Sanders’ trillion-dollar Medicare heist and give Americans a personal option instead.