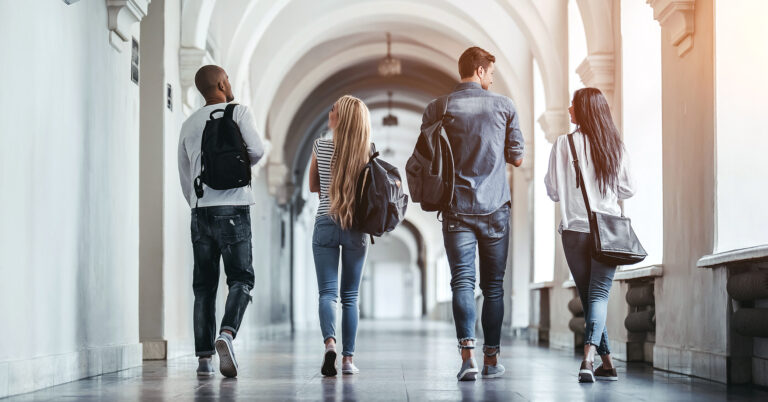 America’s founding documents recognize that we all have inalienable rights and that government’s job is to protect those rights. But our history is full of times when important liberties have been infringed and our elected representatives had to enact new laws to set things right.

This Constitution Day offers an opportunity to reflect on that.

The Civil Rights Act, passed in 1964, is one of those laws. Policymakers intended to ensure that government officials are held responsible for violating our rights – and, because they will be held responsible, that they are incentivized to stop violating them.

So far so good, right?

Unfortunately, the courts have dramatically weakened the Civil Rights Act, creating a doctrine called qualified immunity protecting individual government officials and often the government itself from the repercussions of their actions.

These changes have incentivized government to prioritize other things – convenience, order, opposition by a vocal few – over your constitutional rights.

With thousands of college students returning to campuses for the first time in months, we can expect to see stories of student protests being prohibited, student clubs derecognized, and speakers cancelled. Getting policies right is important. And many universities are reforming speech codes. Many state legislatures are also passing targeted laws that protect First Amendment rights on campus.

But incentives trump rules. To fully protect free speech on campus, we must end qualified immunity.

To protect First Amendment rights, policy reform is crucial. But incentives matter, too.

Students often speak up about the issues that matter to them — about controversies on campus, their community, and in the larger world.

For all the criticism of younger generations, universities continue to demonstrate that they are not apathetic. Injustices in need of correction are consistently exposed and opposed on campus. And students don’t just learn how to speak up on campus, they find a voice that they can continue to use throughout their lives to improve the world around them.

That makes it all the more important that universities model the First Amendment freedoms that the Constitution guarantees both on and off campus.

Unfortunately, on many campuses, students are persistently denied their First Amendment rights. Almost 90 percent of public universities continue to restrict speech through speech codes, speech zones, and other written policies that infringe on the ability of both students and scholars to engage with new ideas and with each other.

Thanks to the work of organizations like the Foundation for Individual Rights in Education,  American Civil Liberties Union, Student Press Law Center, Alliance Defending Freedom, and others, there has been clear progress. While only 10 percent of colleges clearly protect these important civil liberties, the worst campus speech policies are being reformed, with policies rated a “red light” by FIRE declining substantially over the last decade.

On campus or otherwise, if government officials will not be held responsible for violating the First Amendment rights of students or scholars, if even litigation against them is likely to fail, there is little incentive to stand up to the vocal few – or even state legislators – who want a student group derecognized or a speaker censored.

There’s little incentive to adopt speech rules consistent with the Constitution or to live them out in practice.

And generations of students leave campus and enter careers in business, media, education and government without a full appreciation for free speech and the responsibility of the government to protect inalienable rights.

Should qualified immunity even be applicable to campus speech disputes?

As Justice Thomas has observed, the whole doctrine rests on “shaky ground,” but it is particularly ill-fitting to campus speech disputes:

“Why should university officers, who have time to make calculated choices about enacting or enforcing unconstitutional policies, receive the same protection as a police officer who makes a split-second decision to use force in a dangerous setting?”

The Supreme Court should correct its own error in inventing qualified immunity. Congress should pass legislation to restore the full power of the Civil Rights Act.

But states can also step in and define the terms under which university officers and other government officials could face legal repercussions for their actions, incentivizing government officials to prioritize their responsibility to defend the constitutional freedoms of citizens. New Mexico is one state whose recent reforms could serve as a helpful model.

The first duty of government is to protect our constitutional freedoms. But that’s hard to accomplish in a system that fails to incentivize the actual government officials we most often interact with – on campus and otherwise – to understand and protect those rights. Reforming qualified immunity would align the incentives with the right outcome.

Casey Mattox is vice president for legal and judicial strategy at Americans for Prosperity.