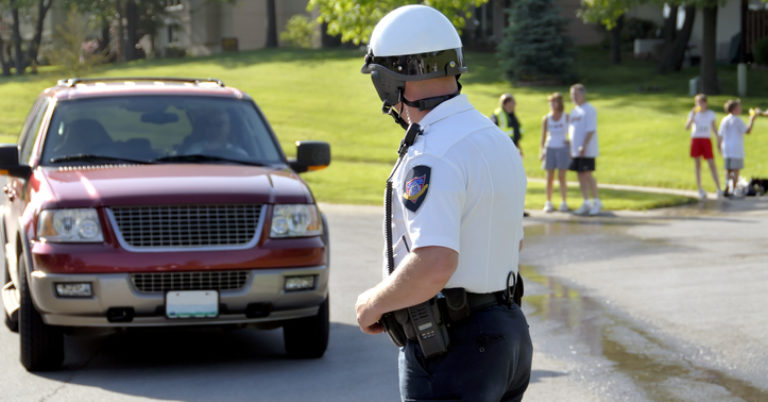 This bill allows New Mexicans to seek relief in court if their civil rights have been violated by a law enforcement officer or other government authority acting in an official capacity. That’s an important step forward for government accountability for the state.

Americans for Prosperity-New Mexico State Director Burly Cain had this to say about the new law, which was the state chapter’s priority bill of the 2021 legislative session:

Today is a great day for New Mexicans with the signing of HB 4. Our state took a huge step in removing a structural barrier to good policing that will also increase trust with law enforcement and the communities they serve. For too long, New Mexicans have been unable to have their day in court when law enforcement or government officials have violated their civil rights.

Federal law has long recognized that when state or local government employees violate our civil rights, we have a right to go to court to seek relief. That relief typically comes in the form of an injunction ordering a specific action, or as financial compensation.

Over time though, courts have effectively watered down this right, finding that government officials enjoy something called “qualified immunity.”

The term is basically a short-hand phrase for several judicially-created doctrines that exempts the government from liability when they violate your constitutional rights except in very rare cases.

Why the system needs reform

It’s wrong to deny people their day in court when the government has violated their rights, but that’s not the only reason this is a destructive policy. It also undermines trust in government, undermines accountability, and removes important incentives for police and others to change negative behavior.

Evidence suggests that law enforcement officers in the U.S. are as well-trained and qualified as they have ever been. The overwhelming majority are a positive force for good in their communities. They are essential to those neighborhoods, but when people question their ethics and intentions, refuse to work with them, or actively oppose them, it makes a difficult job far harder. Provisions such as qualified immunity are a major reason for much of tension and distrust we have seen across the country.

To ensure that the many brave and responsible officers can do their job well, there has to be a system that enhances public trust by holding bad actors accountable.

That should include the right to go to court when circumstances warrant. People can go to court when private individuals deprive them of their rights. Government should be held to at least the same standard.

HB 4 helps to ensure that in New Mexico, people have the ability to do so. It protects the vast majority of law enforcement officers who do their duty, protect our rights, and comply with relevant rules of conduct. At the same time, it allows victims who have been wronged to seek justice.

The volunteers and staff of Americans for Prosperity-New Mexico have worked hard to inform the public about this issue, and to build support for this important piece of legislation.

This bill would…[allow] New Mexicans that have had their constitutional rights violated to have their day in court. It opens that avenue to allow justice for victims and strengthens our state constitution.

The current status quo is unacceptable – which is one reason support for immunity reform is bipartisan.

Staff also took to the pages of local newspapers to advocate qualified immunity reform. Cain cowrote an op-ed with Laurie Roberts of the Innocence Project, while AFP Chairman of the Board Mark Holden penned a piece with “Ben & Jerry’s” Ben Cohen and Jerry Greenfield.

The state chapter’s grassroot engine also began reaching out directly to thousands of residents as part of a campaign to activate supporters. That effort utilized radio and digital ads, direct mail, and one-to-one grassroots contacts.

We thank Speaker Egolf for helping spearhead HB 4 through the legislature, Governor Lujan Grisham for signing the bill, and our coalition partners who helped educate New Mexicans about the need to change the broken status quo. This bill helps set our state as a leader on upholding and defending citizens’ civil rights, and we look forward to continue making our criminal justice system fairer and more equitable.”

The ACLU’s Jones said the New Mexico Civil Rights Act will improve relationships between communities and law enforcement by serving as an “incentive for the state’s more than 100 policing agencies to adopt better policies and practices” and to hold bad actors accountable.

In addition to qualified immunity, Americans for Prosperity is working with partners in 12 key states on a host of policing reforms. Learn more about how these changes would build safer communities through smart policing.