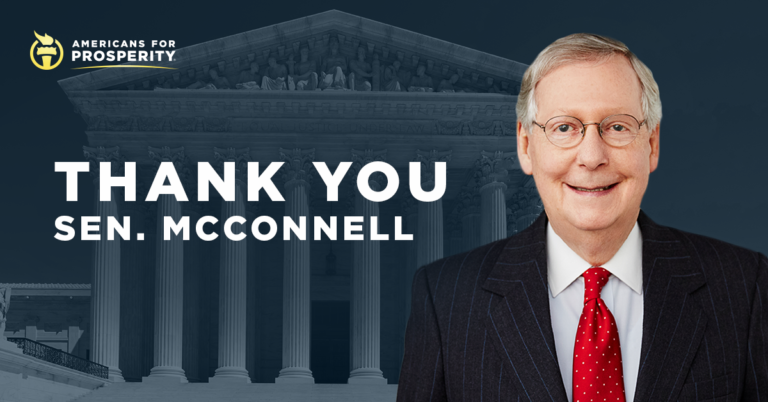 Sen. McConnell is Leading on Getting Quality Judges Confirmed

Last year was a great year for America’s judicial system. Thanks to the hard work and leadership of Senate Majority Leader Mitch McConnell, 2017 saw a record number of fair and qualified judges confirmed by the Senate.

Ensuring that quality judges who will uphold the Constitution and rule of law get nominated is incredibly important to protecting the freedom and liberty of the American people.

More than 170 vacancies currently exist on lower courts in this country, making it ever-so-crucial that judges who will protect the rule of law are confirmed quickly.

Sen. McConnell’s continued leadership will help get principled judges confirmed to fill the vacancies on the lower courts of this country.

Thank Sen. McConnell today for his leadership in confirming a record number of qualified judges last year, and his continued leadership in 2018.