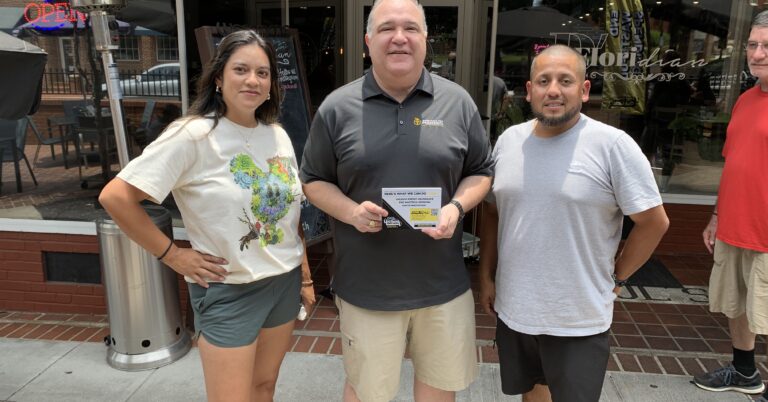 ‘High prices…can literally mean a missed meal for some folks’

This summer, with inflation at historic highs, Americans for Prosperity staff and volunteers hosted more than 130 True Cost of Washington events at gas stations and grocery stores in more than 30 states to lower prices and connect Americans to Washington’s role in causing inflation and the solutions for our current economic woes.

To give you an inside look at the tour, we spoke with the team working behind the scenes to make it all happen. This week’s interview features AFP-Louisiana Grassroots Engagement Director Nathan Sanders, who also shared some of his favorite photos from the tour with us.

“It’s a serious issue which affects all Americans,” he said of the historic inflation hurting people across the country.

How do you feel now that the True Cost truck is retired?

NS: I feel optimistic! The True Cost truck is retired but that will not stop the True Cost events and messaging around the network! 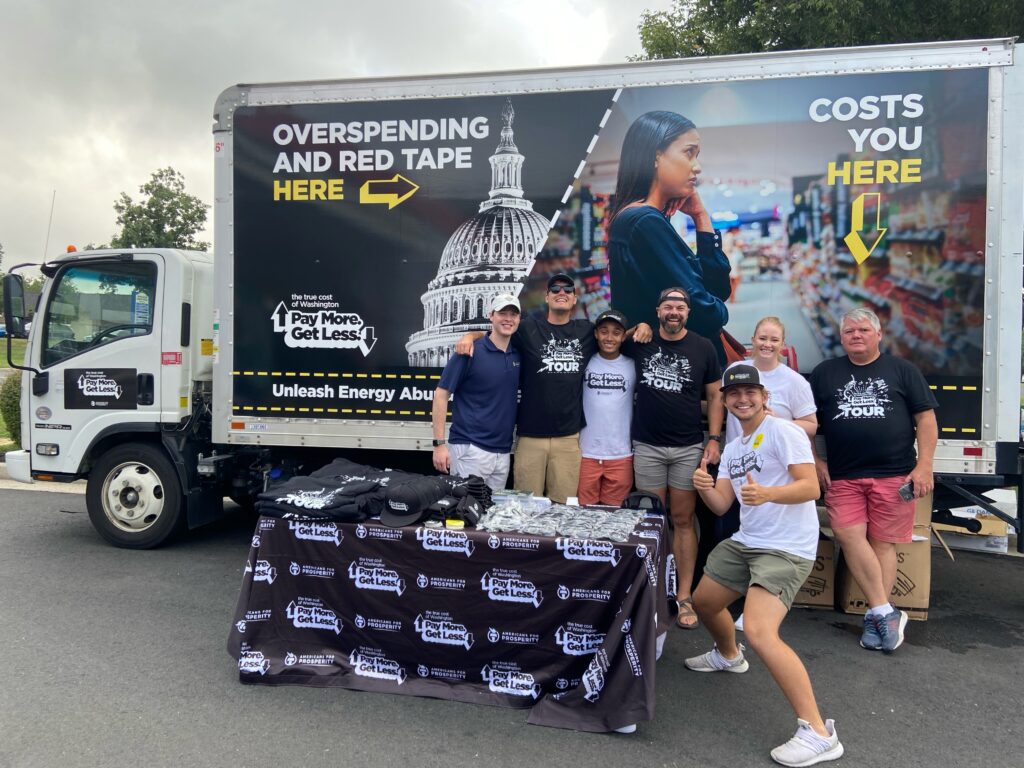 Nathan Sanders (left) with the True Cost of Washington Tour road crew at a stop in Sterling, Virginia in August.

You went to a lot of cities. Was there anything in common from stop to stop?

Most importantly, we saw people who cared about their families and communities. We had the chance to experience, very briefly, these communities and see the importance of them to America and how high inflation is hurting them.

What did you hear most from the customers you spoke with during the tour?

NS: The most common thing was the stories we heard from everyday Americans – all families from various backgrounds are deeply feeling the effects of high inflation.

Folks are having to adjust budgets, cancel trips, and make significant lifestyle changes because of bad policies and outrageous spending in D.C. 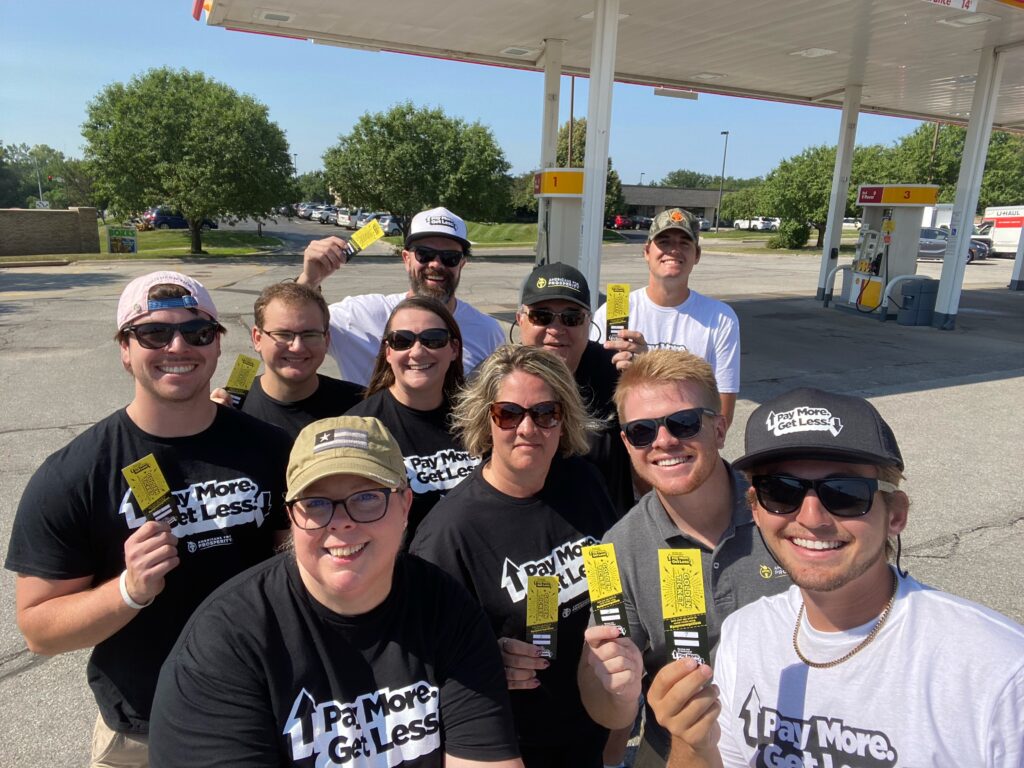 AFP staff and volunteers at one of the more than 130 True Cost of Washington Tour events AFP hosted this summer.

How did you see inflation and high prices affecting people? Was there anything that stood out?

NS: We saw many landscape trucks and other industries that relied heavily on oil and gas fill up with a joyful urgency when dropping the price.

We saw and heard from countless folks who would testify on behalf of their families and/or businesses that costs and prices were so outrageous that they had to cut things that mattered.

What was your most memorable experience on the tour?

NS: The most memorable experience was talking with a lady in Atlanta who responded, “how much time do you have?” when I asked her if I could talk with her about inflation.

She told me she and her family had to buy and raise chickens for eggs because of the prices at the store. She also told me her and her husband started to carpool to their jobs because of gas prices and how they had to cut the family vacation because they no longer had the extra money to use.

Her story was reflective of so many stories we heard on the tour. Her egg story stuck with me because it was early on the tour and that’s when I realized it would be a special summer – there were many “egg” stories. 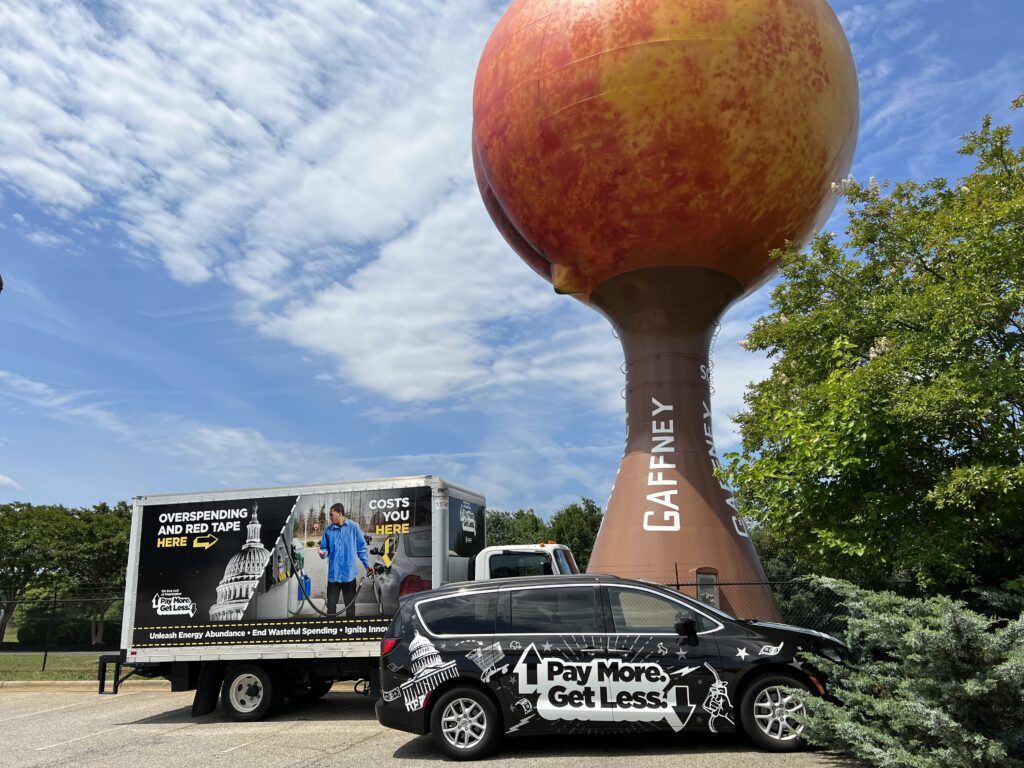 The True Cost of Washington Tour truck and van at a tour stop in Gaffney, South Carolina earlier this summer.

How many miles did you drive?

What is one thing you’d like people who can make a difference to know about what you saw or heard from folks along the tour?

NS: Inflation and the effects of too much government spending is not a libertarian, conservative, or what have you movement that’s only seen on FOX news and twitter – it’s a serious issue which effects everyday Americans (those living paycheck to paycheck the hardest).

High prices at the grocery store and the gas station can literally mean a meal missed for some folks. Average Americans care about their families, jobs, and communities. Let’s not forget that.

Back on the road for #TrueCost after a 3 week break – here in Raleigh, NC for another gas price drop event. Eager to speak with Carolinians about #inflation. #paymoregetless @AFPhq @AFPLouisiana
Beautiful day!! pic.twitter.com/i7VLORvTGy