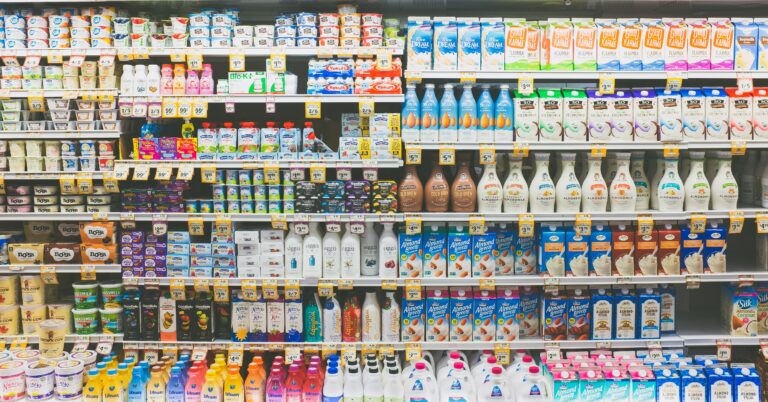 Higher inflation (a whopping 8.3 percent increase since last April) continues to run rampant through the economy, wreaking havoc on family finances as Americans struggle with rising costs for everyday necessities and with wages lagging behind climbing prices.

Unfortunately, rather than addressing the root causes of inflation, the Biden administration is focused on tossing out every excuse imaginable.

First, we were told for months that inflation would be transitory.

In July 2021, President Biden assured Americans that any price increases were temporary and while persistent inflation would be detrimental, “we’re confident that isn’t what we’re seeing today, we’re going to remain vigilant about any response that is needed.”

Yet, despite this avowed vigilance, higher inflation is here to stay.

President Biden now recognizes this, stating during his recent address that “This will not be my only speech on inflation, I’m sure.”

So, why has this “vigilance” failed, and why is inflation increasing?

President Biden is quick to blame “a once-in-a-century pandemic,” stating that “it shut down our global economy” and disrupted supply chains.

But the pandemic had been underway for more than a year when we were assured that inflation was transitory. And if anything, the domestic economic disruption from the virus has been decreasing in recent months, not shooting to new levels.

President Biden then stated that “Mr. Putin’s war in Ukraine” is the second cause of rising inflation due to disrupted global food and energy markets.

No doubt such disruptions have not helped. But inflation was high before the invasion even began. In January 2022 prices were already up 7.5 percent year over year, the largest increase since February of 1982.

President Biden later tweeted that “You want to bring down inflation? Let’s make sure the wealthiest corporations pay their fair share”, somehow implying that businesses had changed what they were doing and thus were fueling inflation.

If this was the case, why have corporations only now decided to become greedy, rather than years ago?

Why is inflation increasing?

Let’s set these false claims aside. We still need to figure out why inflation is increasing.

The biggest factor is the immense increase in government spending and debt during the pandemic. This has flooded the economy with vast amounts of cash fueled by money creation at the Federal Reserve, as the Fed soaked up most of the new debt.

From just before the pandemic on March 2, 2020, to April 4, 2022, the money supply grew by 42 percent. Over that time, the American economy only produced about three percent more goods and services. The difference — 39 percent — is the inflation we have seen so far and the inflation we will see in the years to come.

Disastrous government policy during the pandemic was a double whammy for the economy.

Congress began shoveling new money out the door in the form of stimulus checks and “relief funds” to state governments.

At the same time, a large part of the economy was shut down by government decrees, and then further disrupted by confusing regulations and bureaucratic hurdles that made it difficult for companies to adapt with the needed flexibility to survive.

On top of that, generous unemployment benefits encouraged vast numbers of workers to stay home while also putting even more money into the economy.

As Elon Musk succinctly stated, “if you don’t make stuff, there is no stuff.” Not enough stuff plus wads of new money means inflation is going to take off.

We now have more money chasing too few goods. Despite President Biden’s many excuses, even his Treasury Secretary Janet Yellen admits that the vast amount of government spending including the American Rescue Plan has produced high inflation.

In his recent address on inflation, Biden tried to take credit for reducing federal deficits. But commentators quickly pointed out that deficits are declining because emergency response has largely ended.

Jeff Bezos chimed in to point out that the Biden Administration tried to stuff the already inflationary economy with even more money through the Build Back Better spending package and that “only Manchin saved them from themselves.”

On the one hand Biden acknowledges that “reducing the deficit is one of the main ways we can ease inflationary pressures” and yet on the other he tries to ram through huge spending bills that would increase the deficit.

How can we combat rising inflation?

High inflation is a crisis for many Americans. It especially hurts lower-income families that spend a larger share of their income on food and gas, which are both more sensitive to inflationary price increases. Unsurprisingly, in April food prices were the largest contributor to rising inflation.

President Biden may pretend that root causes of inflation are out of the government’s control, but inflation comes almost entirely from government mistakes.

The government could do many things today to control inflation. To start, Congress needs to reduce excess spending and the blistering growth of new debt.

Rather than throwing more money at our problems, the government should also streamline burdensome regulations that restrain American’s innate entrepreneurial spirit.

Many small businesses never get off the ground because they can’t deal with the average $83,000 in compliance costs they face in their first year of operation. Similarly, occupational licensing laws keep many workers from putting their skills to their best uses.

Fuel prices were up 44 percent in April compared to this time last year. Yet, instead of unleashing entrepreneurs to harvest America’s vast energy resources, the administration is cancelling the sale of drilling leases.

To rein in out-of-control inflation, we need fewer fake excuses and more action to reduce unnecessary government spending, bring the money supply back in line with output, and to remove barriers that stifle American workers and hold back domestic energy production.

Learn more about the solutions that can fix rising inflation and help lower the cost of living for all Americans.