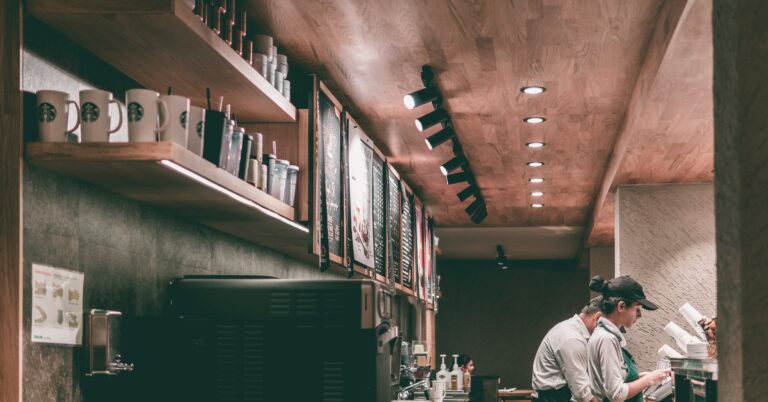 Guest contributor Karen Anderson, founder of Freelancers Against AB5, shares another cautionary tale from California, this time detailing how franchisees have lost income and opportunity as a result of the ABC test found in that state’s AB 5 law. This same test would be applied nationwide if Congress passes the PRO Act.

As the Protecting the Right to Organize (PRO) Act awaits consideration in the U.S. Senate, two provisions in the legislation pose an existential threat to the franchise business model.

Together or separately, the provisions could threaten more than 750,000 independently owned franchises across the country, resulting in lost business opportunities for entrepreneurs and family-owned small businesses, especially among minorities who comprise 30.8 percent of all franchise owners in the U.S.

Under the PRO Act, the joint-employer provision would expose corporate brands to liability for workplaces they don’t directly control and workers they don’t employ.

This would lead to:

According to Dunkin’ Donuts franchisee owner Damon Dunn, the fallout would hurt low-income entrepreneurs who don’t have the networks or capital to start a business in the same way a high-income, established business owner can.

“Countless Americans look to franchise opportunities to start a business and earn a living,” said Dunn.

“The franchise business model provides training and operations oversight to help people who do not have deep-operating experience, and also creates bank relationships to finance those openings. With the joint employer standard, however, a parent company will be required to take on 100 percent of the liability and the risk, and therefore will want 100 percent of the upside, meaning the profits.”

Dunn, who is also a board member of the International Franchise Association, said the PRO Act would incentivize the franchisor to demote an independent owner to a store manager employee:

“Ultimately the franchisor will just hire staff to open and manage new stores. Right now, we as franchisees run and operate our own business and can make $150,000 to $250,000 in next operating income per store, while the parent company takes just 10 percent of the top-line sales. If independent owners become employees, they will likely only be making $50,000 or less a year in salary. When it comes to opening up a new business, only the wealthy, experienced and well-connected will have an advantage over those just starting out.”

Meanwhile, one need only look to California to see how the ABC test could imperil the franchise business model nationwide.

Established by the California Supreme Court in 2018 via the Dynamex decision, the ABC test was expanded and codified into law by the California legislature via the infamous Assembly Bill 5, (AB 5), which went into effect in January 2020. The PRO Act includes the same ABC test.

Difficult for most contracting relationships to pass, the ABC test has three prongs, all of which must be satisfied for a business to engage with an independent contractor.

Despite federal and state statutes that protect it, the franchise business model does not pass the A prong of the ABC test, which requires that a hiring entity prove that a worker is free from its direction and control.

According to the International Franchise Association, a franchisor is required to exert some degree of control over the operations and business practices of its franchises in order to ensure the quality and consistency of the brand.

In California, the threat from AB 5 looms heavy over more than 76,000 franchises across the state. In fact, 7-Eleven announced in November 2020 that it would cease opening new franchises in California as a direct result of AB 5. Seeking an exemption from AB 5 for the entire franchising industry, the International Franchise Association filed a lawsuit against the state in November 2020.

The suit asserts that the ABC test requires that independent franchisee/business owners be converted into an employee of the company through which they license their brand, thereby eliminating the entire purpose of the franchise business model.

“Choosing to license a brand name and invest in starting a franchise business should not mean these entrepreneurs are treated like employees of a corporation. In fact, they are independent risk takers and job creators who employ more than 700,000 Californians.”

Across the country, local franchise owners provide employment and training to more than 8.1 million Americans.

Should the joint-employer standard and the ABC test be enshrined into federal law via the PRO Act, the results would be devastating for workers, companies, small business owners and budding entrepreneurs, not to mention the countless local communities that rely on franchises for job growth and economic development.

The scale would forever be tipped against small businesses and independent professionals.

“The PRO Act threatens the dreams of millions of Americans who look to franchising as their only path to start a business and empower themselves,” said Dunn. “Franchising gives people who want to be in businesses for themselves but not by themselves, the support to help finance, operate and manage their American Dream.”

You can protect the rights of franchisees and other independent workers today.

Tell your lawmakers to oppose the PRO Act.