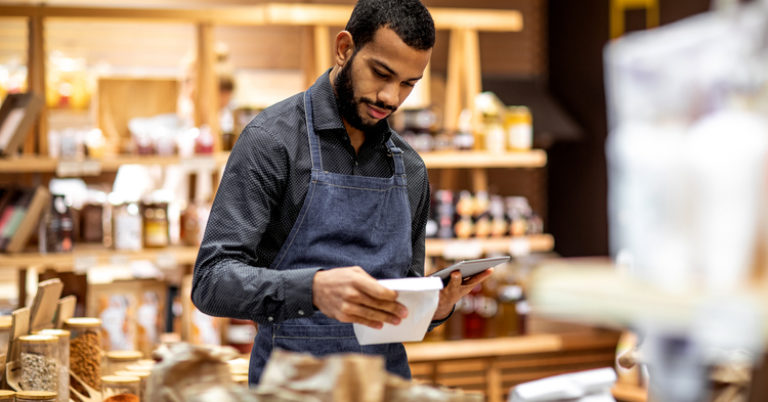 Guest contributor Karen Anderson, founder of Freelancers Against AB5, shares a cautionary tale from California about small businesses and independent contractors struggling under the weight of punitive fines and fees that could go nationwide if Congress passes the PRO Act.

Since its implementation in January 2020, California’s onerous AB 5 law continues to destroy the livelihoods of hundreds of thousands of independent contractors across a vast swath of professions—everyone from court reporters, transcriptionists and videographers to tutors, sheep shearers, podcasters, massage therapists, auctioneers, independent filmmakers, and hundreds more.

Within its 19,000 membership, the advocacy group Freelancers Against AB 5 has identified more than 600 categories of professions harmed in some way by AB 5 and the ABC test.

The adverse affects aren’t just about freelancers, however.

California’s small businesses, which comprise 99.8 percent of all businesses in the Golden State, have especially felt the impact of AB 5, which not only limits innovation and flexibility in the workplace and increases the cost of doing business, but also imposes massive fines and penalties for misclassification violations that can be lethal to a hiring entity.

Attorneys who advise employers about classification decisions say many businesses are now staying away from California freelancers altogether, even if there is a pathway to an exemption. According to LA-based employment law attorney Lizelle Brandt, who specializes in AB 5, converting an independent contractor into an employee is an expensive undertaking.

“Labor costs likely increase 20 to 30 percent or more when you factor in the added payroll taxes, unemployment and disability insurance, worker’s compensation, and other requirements of having an employee,” she said.

“To compensate, the business will have to either increase the price of their products or services, or cut down on their costs, which in the case of service providers often means reducing the number of their employees, decreasing salaries, deciding not convert their contractors at all, or simply going out of business.”

The same chilling effect would happen under the PRO Act, as more and more businesses nationally will steer clear of independent contractors.

Yet even with the PRO Act looming nationally, many business owners in California are still ignorant about AB5 right in their own home state, adds Brandt, who says she constantly runs into people who don’t even know about the law, or think it only applies to rideshare drivers.

“They might not find out until after they file taxes or get audited. And then, depending on amount of damage and retroactivity, there may be another wave of businesses closing in addition to those that have already been forced out of business or decided to relocate out of California due to AB 5.”

Unfortunately with the PRO Act, there will be nowhere to run to escape the tentacles of draconian ABC test.

AB 5’s audits, fines and fees give a picture of the high cost of violating provisions of the PRO Act

Should the PRO Act become law, entire sectors could face the same fate as in California.

Community theaters across the state, for example, began closing their doors pre-pandemic and continue to do so because they cannot incur the cost of converting everyone involved with a production into employees.

That’s why the California legislature recently allocated $50 million toward payroll services to “help” non-profit arts organizations comply with AB 5 for one year only, hardly a solution to a long-term problem.

Likewise, would Congress need to make these same types of concessions, exemptions and bailouts with the PRO Act? If so, the resulting chaos would dwarf the AB 5 disaster in California.

Although gig companies like Uber and Lyft capture most of the headlines, one-person businesses and mom-and-pops are targets also, subjected to costly audits for alleged misclassification violations even during the pandemic.

State agencies empowered to audit and penalize businesses include the Employment Development Department (EDD), the California Labor Board, and the Worker’s Comp Board. The law also deputizes a posse of government enforcers including district attorneys who can target any business or professional sector large or small.

Here’s another rude awakening: The fines in California for misclassification range from $5,000 to $25,000 per violation, not to mention everything else the business would owe in back pay, back benefits and back taxes (by three years even if the contractor already paid their taxes), plus reimbursement for missed breaks, overtime pay, sick leave, lost wages, family leave and more.

The fine alone for failing to provide Workers’ Comp coverage is $10,000 plus potential jail time. Factor in attorney fees and it’s easy to see how these draconian penalties can imperil a business, even if it involves just a week’s worth of “misclassified” work.

Penalties are greatly expanded in the PRO Act to include $50,000 fines for each failure to comply with an order of the National Labor Relations Board, and could actually be doubled if the violation also happened within the previous five years. Personal liabilities would be extended to corporate representatives or individual directors of the employer.

As in California, having an LLC or S-Corp alone does not exempt the independent contractor from the ABC test, nor does it protect the hiring entity from misclassification violations. There are several examples at Freelancers Against AB 5 of small-business owners who found this out the hard way:

“Having an LLC doesn’t matter,” said Savannah Brentnall, owner of a digital marketing company in California.

“We were audited by the EDD when a contractor filled out an unemployment form incorrectly and put us down as her last employer, which triggered an audit. We were forced to convert our four-to-six contractors into employees even though they have LLCs, have numerous other clients, advertise their services to others, and only did a few hours of work a month for us. We were forced to pay retroactively back by four years back to when we first started.”

Nationally, the slippery slope toward the extinction of independent contractors begins with the PRO Act, which seeks to overhaul the National Labor Relations Act with the same ABC test that is causing so much damage in California.

Meanwhile, the deceptively named Worker Flexibility and Small Business Protection Act would overhaul the Fair Labor Standards Act and embed the ABC test into every aspect of employment law. Even more punitive than penalties in California, the fines for misclassification range from $10,000 to $30,000 per violation.

President Joe Biden has unequivocally stated he wants the ABC test applied to labor, employment and tax laws. Once the ABC test infests any aspect of federal law, the damage will take root and spread like an invasive species across the independent workforce, smothering independent contractors and small businesses nationwide.

In light of these outcomes, Congress should reject the PRO Act.

They will if they hear from you.