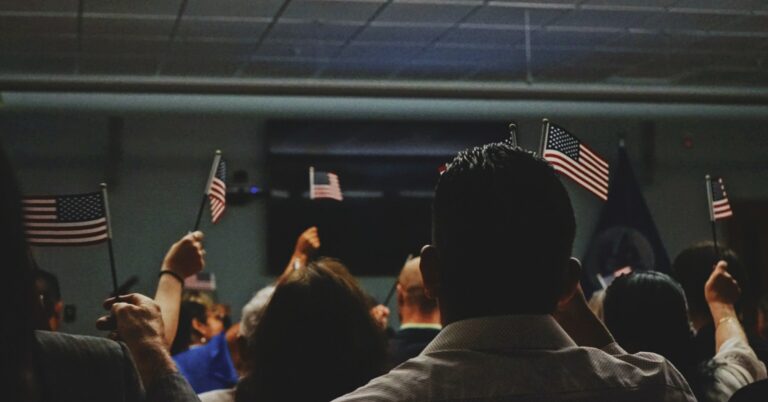 During a U.S. House hearing, the Department of Homeland Security announced the rollout of their new Disinformation Governance Board, which, among other tasks, will include countering disinformation about the U.S. southern border.

As Americans for Prosperity senior analyst David Voorman notes, the mere concept of having an agency decide which forms of speech constitute misinformation or disinformation “is antithetical to American principles.”

And DHS’s assurance that it will uphold constitutionally protected civil liberties is already belied by the agency’s history of practicing the exact opposite.

If DHS insists on combatting false information about the southern border, it should adopt practices that ensure clear and consistent messaging of its own immigration policies and enact reforms that encourage alternatives to unlawful migration.

These measures can be adopted without the likely constitutional abuses that a disinformation board would bring.

Since the beginning of the Biden Administration, DHS has struggled to convey the consequences of its executive actions. As the administration overturned two of the most widely publicized Trump-era asylum rules, it failed to clarify that doing so did little to change current immigration policy.

For example, when DHS initially rescinded Remain in Mexico, a program that required some asylum seekers with pending cases to wait in Mexico, it never clarified that the Trump administration had mostly stopped using it since COVID-19.

And when DHS terminated the “Safe Third Country” agreements, deals the Trump Administration struck that allowed the U.S. to deport some migrants to Central American countries to claim asylum, the agency never clarified that the only agreement that was even implemented had long been suspended due to the pandemic.

Because the Biden administration failed to clarify that it was overturning rules that were already long dormant, most media outlets neglected to mention that these actions weren’t actually conducive to immediate and significant policy change.

This likely contributed to mass public misinformation, with media figures from both the left and the right articulating the same falsehoods.

With the American public misinformed about the consequences of Biden’s administrative actions, it’s understandable that migrants would be too. Amid the confusion and mixed messaging from DHS, smugglers seized opportunities to spread rumors and exaggerations about Biden’s policies.

Smuggler disinformation campaigns were especially prominent in fueling last year’s Haitian migrant crisis. As immigration economist Michael Clemens explained, Haitian arrivals at the U.S. border quadrupled the month after DHS’s May announcement that it would expand temporary legal status to Haitians. But this relief only applied to Haitians already residing in the U.S., meaning new arrivals were ineligible.

DHS failed to broadcast this information to the Haitian diasporas in Chile, Brazil, and Mexico. Without targeted messaging from DHS, these Haitians naturally fell prey to smuggler propaganda and arrived at the southern border with misplaced hope.

How can DHS strengthen its immigration messaging?

The Biden Administration can mitigate misinformation by communicating any regulatory updates from the migrant’s point of view.

During instances where rule changes amount more to regulatory formalities than to concrete changes in policy, DHS’s chief focus should be highlighting such distinctions.

When announcing policies that provide relief for certain groups, it should also place strong emphasis on who doesn’t qualify. Messaging campaigns should also be crafted from a “bottom up” approach that enables migrants to weigh in on the information they need.

Furthermore, analyses of messaging campaigns that highlight the risks of border crossing have found that they are relatively unsuccessful at deterring migrants who plan to cross.

Though raising awareness of the dangers can still be important, messaging that spreads awareness of existing legal migration channels are more effective at reducing illegal crossings. Government officials in Guatemala and Honduras, for example, have cited lack of knowledge as a major reason why seasonal visas are underutilized in their respective countries.

As awareness of migration opportunities to the U.S. grows, however, DHS must also reduce barriers that impede access.

Under the status quo, most work visa programs are too cumbersome and costly for employers, constraining legal avenues for migrants.

The sponsorship process for agricultural visas, for example, contains nearly 70 steps and amounts to U.S. farmers paying over $10,000 in administrative costs for a single visa petition. DHS could reduce these burdens by eliminating redundant regulations that aren’t even required under law.

Biden should also champion provisions outlined in the Dignity Act, which would open work visas to additional industries and provide targeted messaging of the available legal channels.

While DHS’s concerns over disinformation are valid, the agency can counter it by taking accountability for previous mistakes and develop communication strategies that are concrete, targeted, and transparent.

But the DHS Disinformation Governance Board would only ensure that tactics to counter disinformation are conceived within an opaque environment with no defined parameters on its authority.

Should the board remain operational, it’s more likely to create another crisis for Americans rather than solving the current one.

Learn more about how solutions like the Dignity Act will combat illegal immigration.