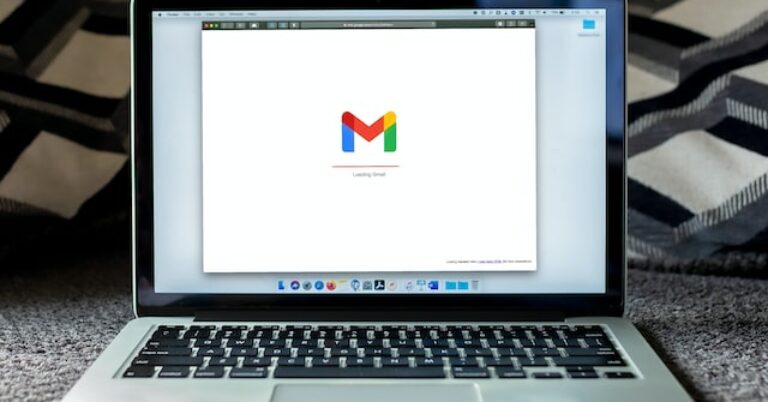 Government transparency is critical to citizens’ ability to hold those in powerful positions accountable. AFPF uses FOIA to get people insights into what the government is up to and who is responsible. But there are limits to what FOIA can do. And government officials can intentionally evade their transparency obligations by making it difficult to find relevant records.

One of the most nefarious ways executive branch officials evade FOIA is  using private email to conduct official business. Because private accounts are not generally subject to the FOIA, these unofficial channels of communication provide a sort of cloak of secrecy.

To be sure, officials could accidentally use a personal account or device. Or they may face an urgent circumstance that necessitates the one-off use of an unofficial means of communication. But such instances should be few and far between.

The records (here and here) obtained by AFPF suggest someone in DHS’s communications office sent a message to Secretary Mayorkas’s personal email, which the secretary forwarded to an official account. 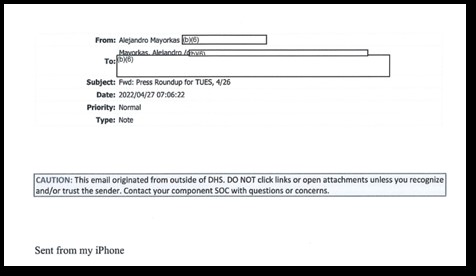 Another email suggests another exchange between different Mayorkas accounts at the same time.

AFPF raised its concerns with counsel for DHS and the agency confirmed AFPF’s suspicions. At the same time, DHS averred no other responsive records would be found in the secretary’s personal accounts and implied that no violation of DHS policy had occurred.

The intentional use of personal email or alias accounts by public servants is a real problem.

But convincing a court that records exist in non-official sources is difficult. Agencies routinely receive deference to any factual claims they make in court, and agency witnesses regularly testify — at times without personal knowledge — that records custodians have followed the rules and forwarded any agency records to official record-keeping systems.

It could be that Secretary Mayorkas followed the rules and nothing is untoward about his use of personal email. At the same time, it is curious that another DHS official emailed him at a nongovernmental address, thus necessitating the forward to an official account.

Moreover, DHS is no stranger to making “official” exceptions to its supposed rules against the use of personal accounts and devices. The scandal over former Secretary Jeh Johnson, who along with twenty-eight other DHS senior officials was granted special permission to use private web-based accounts such as Google and Yahoo, is one example.

Although DHS revoked those waivers after public uproar, it still faced numerous FOIA requests and lawsuits and Secretary Johnson ended up having to wade through more than 26,000 emails from his private accounts in order to ensure he had provided all relevant records to the agency.

Again, the secretary may be following the rules. But it is also possible that his use of personal email was unauthorized and more widespread than the evidence so far demonstrates. In short, interagency deliberations over email may be yet another testament to DHS’s botched handling of the Disinformation Governance Board — from its conception and introduction to its disbanding after a public relations nightmare.

DHS’s obfuscation and misleading sleights-of-hand about the Board’s mission and why it was even needed must come to light. Depending on the results of this new request, AFPF may pursue further action to understand the full extent of Secretary Mayorkas’s use of unofficial email accounts and whether such use was undertaken with the intent to avoid transparency.