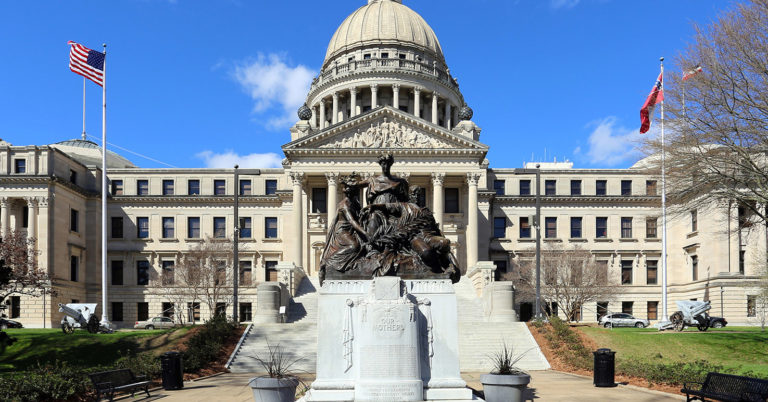 JACKSON, Miss. – A diverse group of leaders in the movement for criminal justice reform joined Governor Bryant Wednesday for a signing ceremony for HB 387. The public safety legislation will help people released from prison become productive members of society by limiting the circumstances in which licenses can be suspended, modernizing parole and probation requirements, scaling back “debtor prisons” for inability to pay fines or court fees, and establishing a task force to assess sentencing disparity. Americans for Prosperity-Mississippi (AFP-MS), a leading advocate for the reforms, organized coalition partners for the occasion.

“For the second year in a row, Governor Bryant and the Mississippi Legislature have worked to tear down barriers to opportunity.  Last year saw landmark occupational licensing reform, and this year, innovative criminal justice reform.  HB 387 will reduce the burden on taxpayers, focus precious resources on criminal activity that represents a real threat to the public, and provide people with a second chance to contribute to their families and communities after prison.  This bill and its counterpart, SB 2841, are proof that people from all backgrounds and persuasions can come together to make a difference. We commend Governor Bryant and the Legislature for their leadership in crafting and enacting this transformative legislation.”

“With the passage of HB 387, Mississippi has taken a substantial step toward restoring fairness and protecting public safety through a smart on crime approach. This progress creates momentum for even more bold reform.  The state now has an opportunity to become a national leader in the effective administration of justice by ensuring that all citizens are guaranteed their 6th amendment right to an attorney.”

HB 387 recognizes the ineffective, counterproductive and unjust practice of jailing citizens for their inability to pay fines or fees and encourages judges to make individualized assessments of ability to pay and consider alternatives.

The state also deserves credit for the commitment to ongoing assessment of its practices, especially related to juveniles in contact with criminal justice systems, and the study of sentencing disparities. Those assessments will undoubtedly present logical next steps for Mississippi to make further reforms.

A recent report issued by the 6th Amendment Center in partnership with the Public Defender Task Force highlights yet another opportunity for reform: while the 6th Amendment guarantees every citizen the right to effective assistance of counsel for their defense in criminal proceedings, Mississippi has unfortunately fallen short. In the counties that were assessed, felony defendants sometimes waited for a year between arrest and arraignment.  The patchwork systems for the provision of counsel have left resource-strapped municipalities and counties to cover the costs of providing counsel.

This status quo is contrary to the Sixth Amendment, basic notions of due process, and fundamental fairness. Every citizen is innocent until proven guilty, and states must uphold their constitutional due process obligations. Doing so will garner greater faith in the effective, impartial administration of justice and reduce the number of wrongful convictions.

Mississippi should be applauded for taking meaningful reform steps this year, and for the willingness to assess and reform their public defense systems. We applaud the leadership and effort put into the reforms passed and the report in partnership with the 6th Amendment Center.