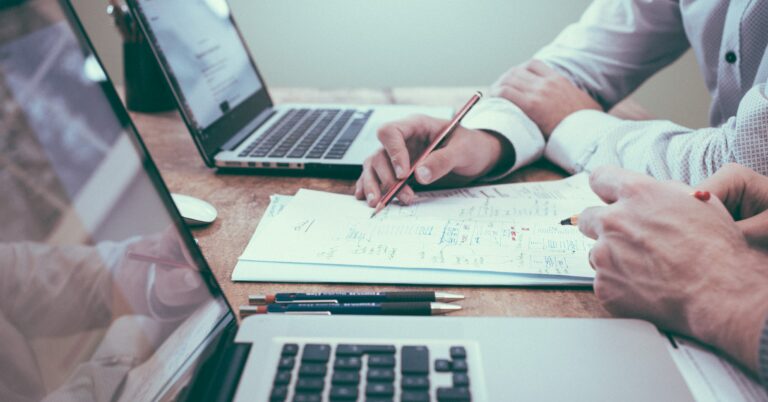 Updated on January 25, 2022 to include the news that AFP Foundation’s FOIA lawsuit spurred CMS to release — for the first time ever — state-level Medicaid improper payment data.

Eric Bolinder had spotted a problem. A big one.

How could people get care — how could the Medicaid program even function — if there was no accountability for $143 billion in spending?

Bolinder’s team got to work on a plan of action: one that would first track down wasteful spending, then aim to put it to better use.

Since its inception in 1965, the goal of the federal Medicaid program has been to ensure a baseline of access to needed health care for low-income Americans.

Is that money delivering quality health care and positive outcomes, or can we do better?

Medicaid is specifically intended to assist those with low-incomes and limited resources. The low-income elderly and disabled make up the bulk of program spending. If they receive substandard or inadequate care from this program, they may not get care at all.

To serve them correctly, policymakers in Washington and the state capitols need to manage Medicaid wisely — and that means relentlessly eliminating waste, fraud, and error.

But are they? And can they?

Making sure those in need have quality health care

Federal law includes safeguards intended to encourage positive health outcomes. One of the most basic is a legal requirement that the government recover improper Medicaid payments greater than 3 percent.

Quite simply, every dollar wasted is a taxpayer dollar that doesn’t pay for needed medical care — and the focus should be on delivering that care.

But while lawmakers frequently complain that not enough money is spent on Medicaid, they make little effort to ensure current spending is effective.

Medicaid has been on the Government Accountability Office’s “High-Risk List” since 2003. That’s a compilation of programs with greater vulnerability to fraud, waste, and mismanagement, or in need of transformation due to effectiveness challenges.

Instead of addressing the program’s ongoing fiscal mismanagement and ensuring taxpayers get their money’s worth, Congress has spent more, expanded eligibility, and ignored billions in wasteful spending.

From 2014 to 2017, CMS did not perform eligibility audits, so the already high improper payment rate might actually be even higher. Without the audits, there’s no way to know.

And in 2017, the agency finalized a rule to give states more leeway to allow improper payments over the legally permissible 3 percent threshold.

“Back in March 2019, Senators [Pat] Toomey and [Chuck] Grassley sent a letter to CMS seeking records about recovery efforts and state error rates. CMS never substantively responded to the letter. And in December 2020, a coalition of senators submitted a similar letter shortly after the fiscal year 2020 report estimated a 21 percent improper payment rate. This time, CMS did send a response, but it failed to fully address the questions and didn’t include any of the critical state level data.”

Based on experience with Freedom of Information Act requests, Bolinder and his colleagues knew CMS would have a harder time shielding those records from a FOIA request supported by litigation.

To try to make sure taxpayer dollars were being spent properly, Americans for Prosperity Foundation filed a FOIA request in May, regarding $143 billion in improper Medicaid overpayments – a request that CMS has ignored.

The Foundation subsequently filed suit against CMS on July 27, seeking an answer to the question of why billions of taxpayer dollars are being hijacked from a program serving people badly in need of better health care.

In January 2022, after years of stonewalling, CMS finally released the data about improper Medicaid payments in response to AFP Foundation’s FOIA suit.

The data revealed which states were contributing most to Medicaid’s growing improper payment rate of 20 percent.

This is the first time CMS has released this information.

Among the findings were the states with the highest improper payment rates from 2019 and 2021 (the two most recent years available — CMS didn’t provide data from 2018 and 2020):

AFP Foundation Director of Investigations, Kevin Schmidt, said in a statement that,

Our FOIA lawsuit forced CMS to release years of state-level data they have withheld despite numerous requests from congressional stakeholders. Finally opening the books of state-level improper payments is critical to ensuring CMS and states are protecting American taxpayers and Medicaid’s long term fiscal stability.

As the statement also indicates, it is unclear why CMS refused to publish this data previously.

This mismanagement might be less troubling if Medicaid was shown to be highly effective in delivering needed health care. Unfortunately, that’s not the case.

In fact, doctors are significantly less likely to accept Medicaid patients than those with private health insurance, drastically limiting the range of choices available to patients.

That refusal to participate is due to a range of factors, but a major one is the difficulty in getting reimbursed by the government for the services they provide.

It’s no surprise that many Medicaid enrollees deal with waiting lists when seeking care. That problem has grown as states have expanded eligibility to able-bodied people earning up to 138 percent of the federal poverty level.

While polls show that Medicaid enrollees give the program positive reviews, research suggests it might not even provide better health care than being uninsured.

The answer: Washington needs to chart a different course

As spending on Medicaid grows and grows, successive Congresses and presidents have been unwilling to actually tackle its problems. Health care providers decline to participate, beneficiaries try to navigate a bad system, and health care outcomes suffer.

And if every state expanded Medicaid eligibility, more than 1 million children would lose their current private insurance and be shifted into Medicaid, according to a 2019 study.

We have to do better: for low-income individuals seeking better health care, for doctors who want to help them, and for taxpayers picking up the bill.

Get the full list of data that CMS provided in response to AFP Foundation’s FOIA request.