Harrisburg, Pa. – Following the House passage of H.R. 3, the Spending Cuts to Expired and Unnecessary Programs Act, Americans for Prosperity-Pennsylvania (AFP-PA) is now calling on Senator Bob Casey to support the measure that would save taxpayers about $15 billion in unspent funds from previous years. Senator Pat Toomey was an original co-sponsor of the bill. Pennsylvania Reps. Lou Barletta, Scott Perry, Glenn ‘GT’ Thompson, Ryan Costello, Tom Marino, and Lloyd Smucker voted for the measure in the House.

In a continuation of AFP’s long-term “Stop Overspending” campaign, the organization announced a new round of digital ads urging Senate Republicans and Democrats to support the White House’s rescission plan. AFP launched a similar effort earlier this month urging House members to support the measure. 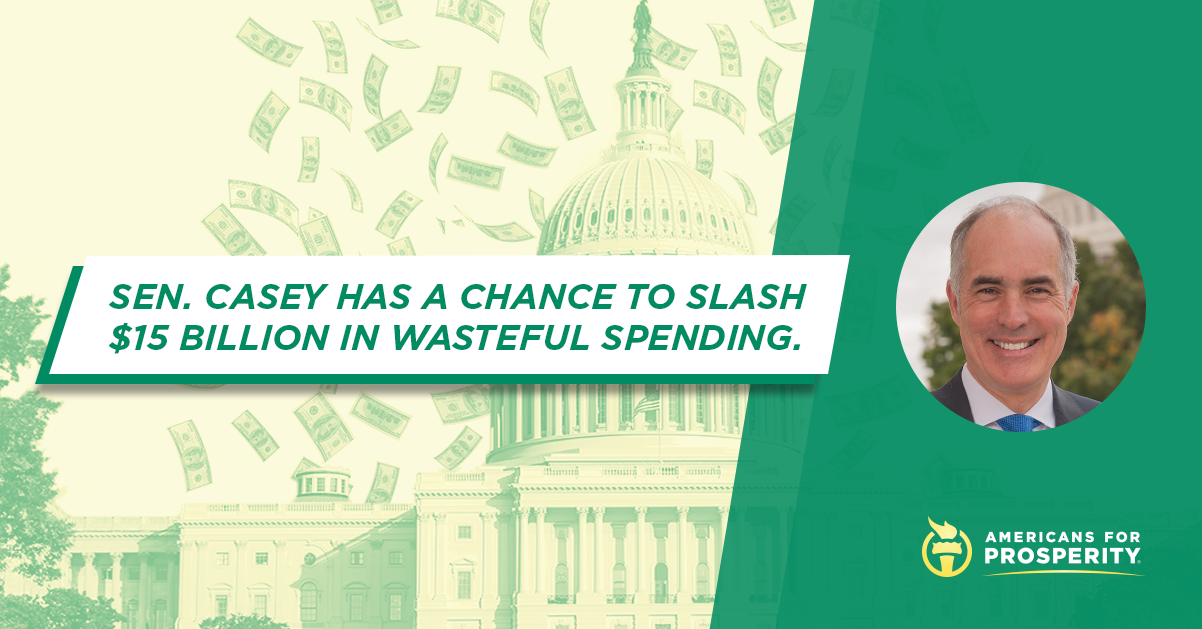 “Lawmakers often pay lip service to fiscal restraint only to then rubber-stamp the wasteful spending their constituents elected them to reject. This is a betrayal of taxpayers’ trust and something Sen. Casey can begin to correct by supporting common-sense spending cuts like rescission. We urge the Senate to use this opportunity to demonstrate to Pennsylvanians a commitment to good taxpayer stewardship and vote ‘Yes’ on rescission.”