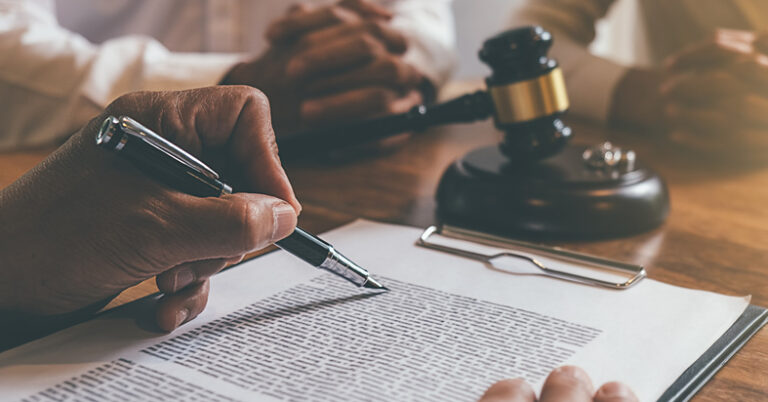 In October 2019, Erik Osby was sentenced to 87 months in prison.

This sentence wasn’t decided by a jury. If it had, it would’ve been much less.

Why? Because, of the seven charges Osby faced, the jury acquitted him of five.

But a federal judge ignored the jury’s acquittal and sentenced Osby as if he were guilty of all seven.

How is this possible?

The judge was able to increase Osby’s sentence by three times the amount because of acquitted conduct sentencing, an unconstitutional practice that violates your Fifth and Sixth Amendment rights.

To explain more about this issue and why AFP Foundation joined this coalition, we spoke with AFP Foundation Regulatory Counsel Michael Pepson and Americans for Prosperity Senior Criminal Justice Policy Analyst Jeremiah Mosteller.

Over the course of the interview, they explain what acquitted conduct sentencing is, why it’s unconstitutional, the particulars of Osby’s case, and why it’s important the Supreme Court considers this issue.

What is acquitted conduct sentencing?

Mosteller: “Acquitted conduct sentencing” refers to the practice of judges using conduct a defendant was acquitted of by a jury of his peers to legally justify increasing a defendant’s sentence or punishment for a separate crime. This practice effectively allows judges to overrule a jury’s acquittal decisions when he or she disagrees with the result at trial.

Put simply, acquitted conduct sentencing allows judges to punish people for conduct a jury did not find them guilty of.

How does acquitted conduct sentencing work in practice?

Mosteller: In the federal system, the statutory range of punishment for a particular crime is often very broad. Some crimes carry a sentence of zero to twenty years. However, judges must also consult “sentencing guidelines,” which, while technically advisory, often operate as binding in practice.

At trial, the government must generally prove to a jury each fact necessary for a conviction beyond a reasonable doubt.  If a jury determines the government has not met that high burden for one or more of the criminal charges, that results in a not-guilty verdict or acquittal, even though the jury might reach a guilty verdict on different charges in the same trial.

But when a defendant who is charged with multiple criminal charges is acquitted of some of those charges (often the more serious ones) but is convicted of at least one charge, very different rules apply.

What are those rules in that situation?

Mosteller: Once the question shifts from guilt to punishment, it is the trial judge—not the jury—who makes factual findings relevant to determining the guidelines range and what the defendant’s sentence should be.

At sentencing, the preponderance standard of proof applies, meaning  a judge only needs to find that a fact is “more likely than not” true. That is a far lower bar than the reasonable doubt standard.

In practice, this means that a judge may use judge-found facts regarding acquitted conduct to increase the sentence of a defendant whose legally justified punishment would otherwise be much lower without the use of acquitted conduct. Say, five years imprisonment, to twenty years imprisonment by essentially overriding the jury’s acquittal decisions.

What motivated AFP Foundation to take up the issue of acquitted conduct sentencing?

People should not be punished unless a jury finds them guilty. The opposite is exactly what our federal statutes and the current federal sentencing guidelines allow judges to do.

Usually, though, Congress is free to pass stupid laws, so long as these laws are constitutional. If this were the case here, only Congress would be able to fix the problem through legislation.

But sometimes, on a case-by-case basis, this practice is not just unseemly and unfair but also unconstitutional, and in those cases, the Supreme Court may, and should, step in.

Acquitted conduct sentencing violates the defendant’s Sixth Amendment rights to a trial by jury and due process when, and only when, the judge’s sentence could not otherwise be legally justified without the use of the acquitted conduct.

Has the Supreme Court considered this issue before?

Pepson: Sort of. Back in 1997, in  United States v. Watts, the Supreme Court ruled that the practice of acquitted conduct sentencing does not violate the Fifth Amendment’s Double Jeopardy Clause.

However, Watts was a per curiam decision that was decided without the benefit of merits briefing or oral argument.  And Watts only presented the narrow question of whether acquitted conduct sentencing violates the Double Jeopardy Clause; the Court did not purport to address whether the practice violates the Sixth Amendment’s jury trial right or due process.

Watts also predated more recent Supreme Court decisions, to the effect that the Sixth Amendment requires that juries (not judges) find all facts legally necessary to support a sentence based on proof beyond a reasonable doubt.

Have other organizations joined with AFP Foundation in encouraging the Court to rule this practice unconstitutional?

Pepson: Yes. AFPF is proud to team up with the National Association of Criminal Defense Lawyers, Dream Corps JUSTICE, and the R Street Institute to urge the Court to put a stop to this unconstitutional, shameful practice.

Others interested in criminal justice reform have also weighed in to encourage the Court to grant review in this case. The National Association of Federal Defenders and FAMM, the Cato Institute, and a group of former Federal District Court Judges and law professors have all asked the Court to take up this issue.

What are the particulars of the case before the Court?

Pepson: Erick Osby, who is in his late twenties now, was convicted of two drug charges but acquitted of numerous other (more serious) charges by a jury of his peers.

Had the sentencing judge only considered the charges the petitioner was convicted of, Mr. Osby’s sentence should have been between 24 to 30 months. He received 87.

The cert petition asks the Court to decide “whether basing a criminal defendant’s sentence on charges of which the jury acquitted him violates the Fifth or Sixth Amendments.” That’s what happened here.

It is no surprise that the government waived its right to respond to Mr. Osby’s petition in an effort to duck Supreme Court review—this is a common tactic litigants often use to try to signal to the Court that “there’s nothing to see here, don’t look to closely at the briefing and the facts of this case.”

The government’s refusal to respond to Mr. Osby’s petition absent the Supreme Court’s request shows why this case warrants the Court’s careful study and attention.

Given the egregious facts and for all the legal reasons explained in Mr. Osby’s petition and the multiple friend-of-the-court briefs, hopefully the Court will see through the government’s efforts to bury this case  and promptly request a response from the government (a precondition to granting review). Hopefully, the Supreme Court will ultimately agree to grant review in this case and put a stop to this unconstitutional practice.

Why hasn’t Congress addressed this issue?

Mosteller: Acquitted conduct sentencing was largely unknown to many who did not work in the federal court system. It was not something most people who were convicted of a federal crime experienced, but when they did it had a major impact.

In recent years, the efforts of defense attorney-led organizations like the Due Process Institute and the National Association of Criminal Defense Lawyers have elevated the issue onto the radar of other organizations who care about a fair justice system and key members of Congress. Their efforts have resulted in a broad coalition of groups – included Americans for Prosperity – calling upon Congress to end this practice.

Criminal justice reform champions such as Senators Durbin and Grassley and Representatives Cohen and Armstrong have responded by introducing bills that would end this unconstitutional practice in both the House and Senate. The Senate version has successfully passed its committee but still has not been brought for a vote of the full Senate.

This is encouraging progress, but more must be done. Acquitted conduct sentencing must end because it does not require a proper finding of “guilty.” It flips “innocent until proven guilty” on its head.

In America, government officials don’t have the right to punish someone simply because they feel he or she deserves it. Our Founders established effective due process requirements to protect citizens against such government abuse and overreach.

Why Americans for Prosperity supports the States Reform Act