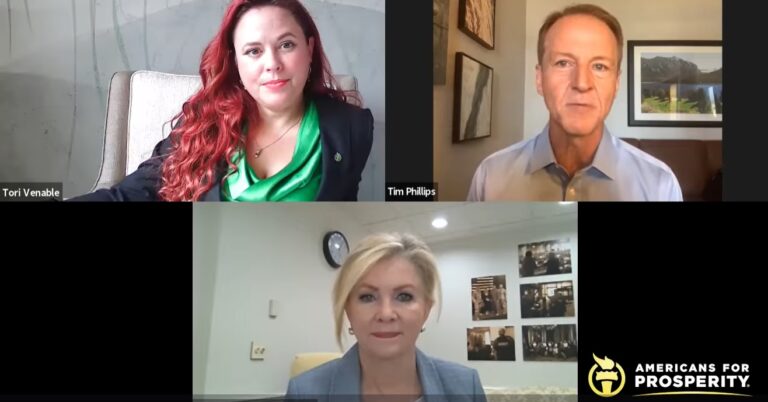 Why should concerned Americans contact their lawmakers about the $1.2 trillion infrastructure bill that the Senate recently passed?

Blackburn said one reason Americans should make their voices heard is that House Speaker Nancy Pelosi (D-Calif.) has made it clear the House will insist that lawmakers consider Democrats’ $3.5 trillion budget reconciliation legislation alongside the $1.2 trillion infrastructure package.

Both spending bills are in addition to the trillions of dollars the federal government already has spent on pandemic-related programs.

“By conservative estimates, they [Congress and the Biden administration] are $7 trillion in,” said Blackburn. “Our children and grandchildren cannot afford this.”

“More immediately, Washington’s spending spree will result in higher taxes on all families and small businesses. It already has contributed to inflation and higher costs for fuel, lumber, and grocery store goods,” Blackburn said.

Blackburn voted no when the Senate considered the 2,702-page, $1.2 trillion bill. She said she was particularly concerned about provisions that would take money away from the Small Businesses Administration and  impose a new tax on cryptocurrencies. 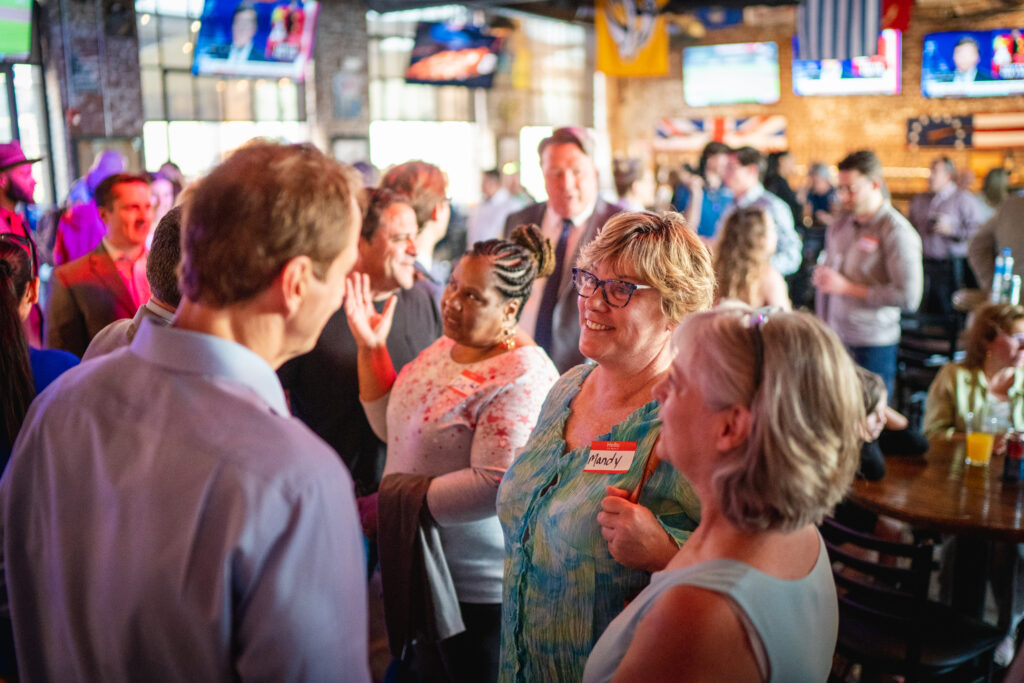 Nashville, Tenn. (May 24, 2021) Tim Phillips, president of Americans for Prosperity, (left to right) speaks with event attendees during the End Washington Waste!! event at Bold Patriot Brewing Company in Nashville, Tenn. The event rallied voters to urge our elected officials to focus on smartly and effectively addressing our infrastructure needs without massive new spending and tax increases. (Stand Together Photo by Nathan Morgan)

Blackburn said she is sure where her constituents stand:

“Tennesseans have been loud and clear on this. They want an infrastructure bill that deals with roads, rivers, runways, railways, and broadband. That is infrastructure. They don’t want to be funding a wish list of projects.”

Blackburn also said her constituents want to make sure that any legislation is paid for and does not raise taxes. “Tennesseans have been very pro-infrastructure,” Blackburn said, but “they are not for this piece of legislation.”

AFP offers a better path forward that will not saddle Americans with higher taxes, debt, and inflation. Instead of spending another $5 trillion, policymakers must:

“It is so important for people to let us hear from them,” said Blackburn. “Every generation has to fight for freedom.”

Interested in getting involved with AFP’s campaign to end Washington waste? Act now.