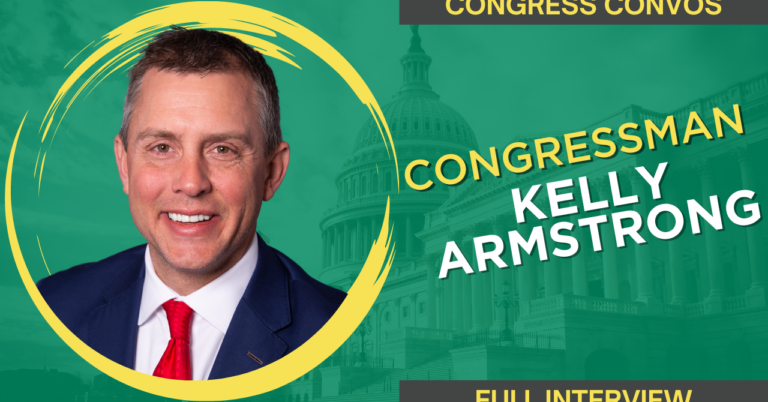 What can Washington do bring down energy prices and help U.S. farmers and ranchers?

“[I]f you’re a cattle rancher and you walk into a grocery store, if you can find steak … it’s twice as expensive as it was a year ago. And, you know, not a single penny of that increase is coming back to your operation.”

That’s because the energy prices farmers and ranchers pay have risen about 35% since last year. While countries like Germany are burning more coal than they were 13 years ago, Armstrong said the United States is the only major economy to reduce its carbon emissions.

“It gets really, really frustrating,” Armstrong concluded. “Instead of celebrating small American, North Dakota [energy] companies that are putting people to work, that have revitalized communities … we have an entire administration … that is trying to demonize what makes my state great.”

North Dakota is sitting on generous energy reserves that could address rising energy prices. “If the federal government would just get out of the way,” Armstrong said prices would decline.

Inflation is one of the greatest short-term threats facing Americans

Armstrong said inflation is one of the greatest short-term threats facing the country. The greatest long-term threat is the national debt.

Armstrong said 60% of the benefits will be enjoyed by the top 40% of earners.

“You are literally redistributing wealth from blue collar guys who are responsible, who have good jobs to Ivy League people,” Armstrong said.

“I’m a psych major with a law degree. Nobody likes book learning as much as I do. But to be quite frank, you can make a really great career being a welder, being a linesman, doing all of these things, and you can make a whole lot of money with a lot less student debt.”

According to Armstrong, inflation has cost his constituents $7,000 in disposable income since President Biden took office. Essentially, it’s caused families to lose an entire month’s paycheck.

Rising costs also impact North Dakotans in the form of more expensive infrastructure projects. With materials costs going up, Armstrong said one $41 million project in his state is now projected to cost $57 million.

“[P]eople are seeing the real consequences of what happens when you continue to fund things with money that you do not have,” Armstrong said.

Enacting these reforms will not be easy, the congressman acknowledged.

“We just have to have the political courage to do it,” Armstrong said.