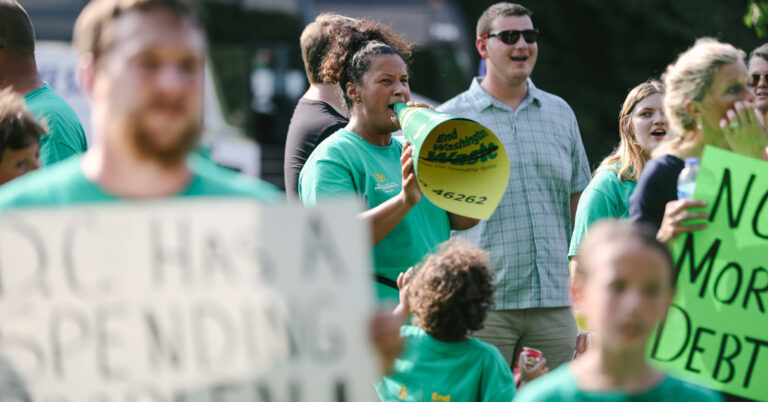 Indiana basketball fans know that when an opponent scores an easy layup, it’s important to quickly sink a shot of your own. Basketball is a game of momentum.

The momentum stopped as soon as the senator hit the heartland.

After learning about Sanders’ planned trip, Americans for Prosperity-Indiana State Director Josh Webb, who had been on the job for just a week, planned three events to counter Sanders’ one.

The message: Sanders’ wasteful spending would lead to tax hikes on all Americans, reduce growth by imposing costly new regulations, and add trillions to the deficit while doing little to improve American infrastructure.

According to Webb, “every media story” that mentioned Sanders’ visit touched on these points. 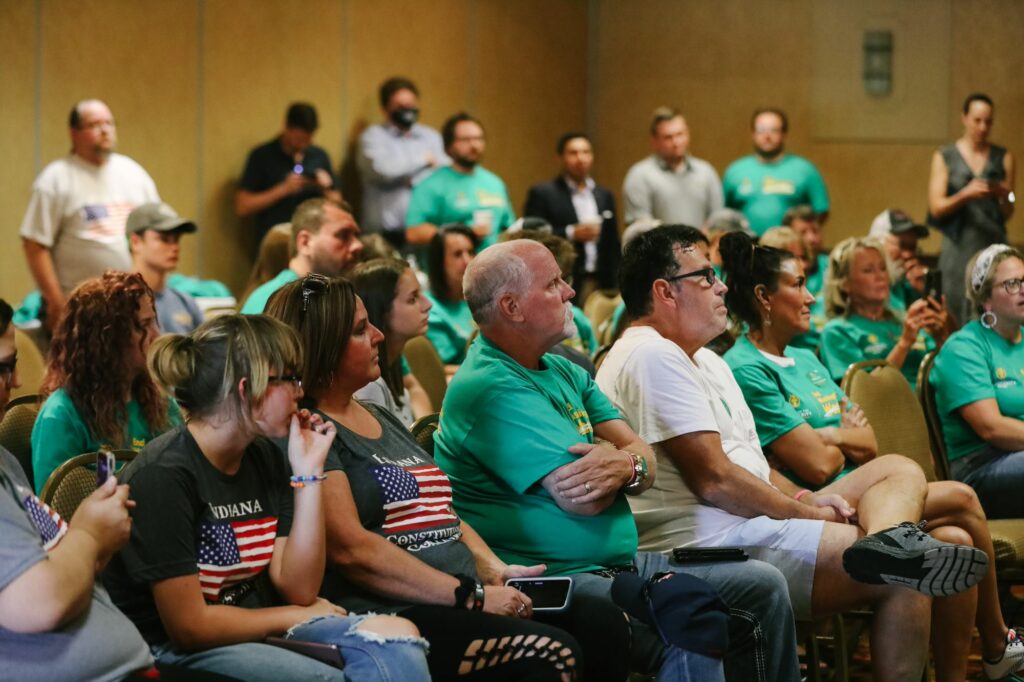 AFP activists were suited up before Sanders spoke.

Webb said AFP was able to attract such star power because of the relationships and trust it has built with lawmakers.

In Indiana, we know a bad deal when we see one. The radical inflation bomb is about as bad as they get, and we want no part of it. pic.twitter.com/qhC1QA0P3W

The event garnered ample media coverage and ensured that Hoosiers’ concerns about Washington’s wasteful spending were heard before Sanders even took the stage.

“You can’t just keep printing money. Everything is not free and there will be a day of reckoning,” said activist Terry Young.

His wife, Jennifer, said she is concerned how the debt-financed bill would affect her grown children and future grandchildren. 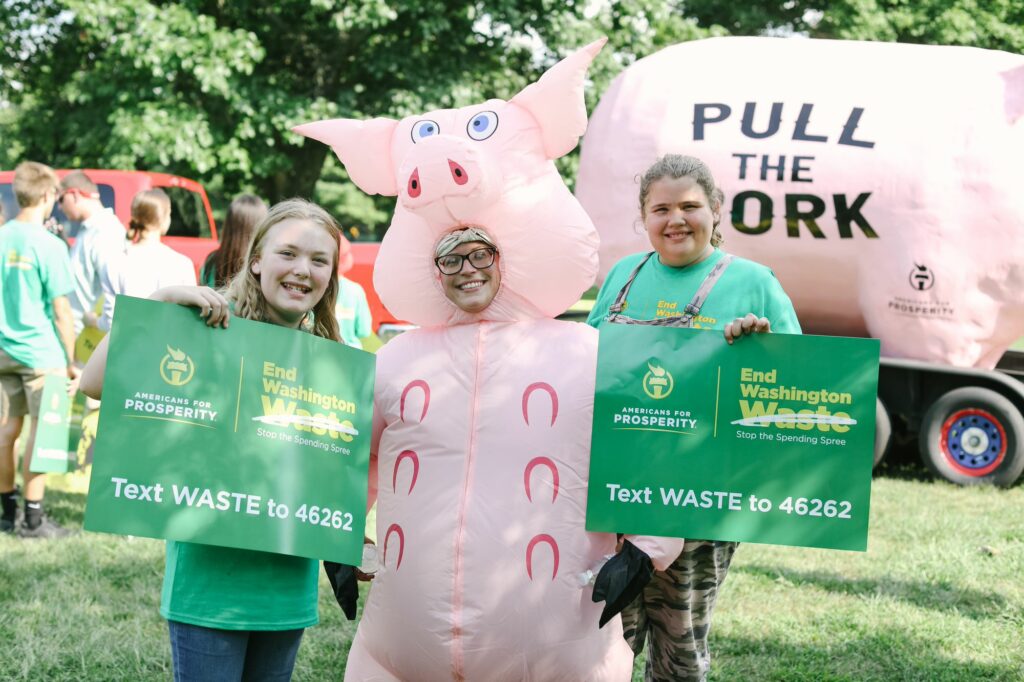 West-Lafayette, Ind. (August 27, 2021) Activists gathered outside the amphitheater where Senator Sanders spoke to make sure Hoosiers knew how they could send a message to their lawmakers: Pull the Pork!

Braun kept up the drumbeat once Sanders started to speak.

AFP activists, meanwhile, assembled at the amphitheater where Sanders held his event. They displayed signs asking Hoosiers to text WASTE to 46262 to send a message to their senators and member of Congress.

In addition to concerns about tax increases, State Director Webb said assembled activists were concerned that Sanders’ spending will harm the post-COVID recovery.

“If costs are going up faster than wages, it’s a recipe for taking our economy backward,” said Webb.

“Absent from the two-hour event was any overt appeal from Sanders to those who may not have supported his movement previously … the stated purpose of his trip.”

The Tribune noted Sanders’ recent trip to Cedar Rapids, Iowa, where AFP also was present, also did not generate new support for his budget bill. 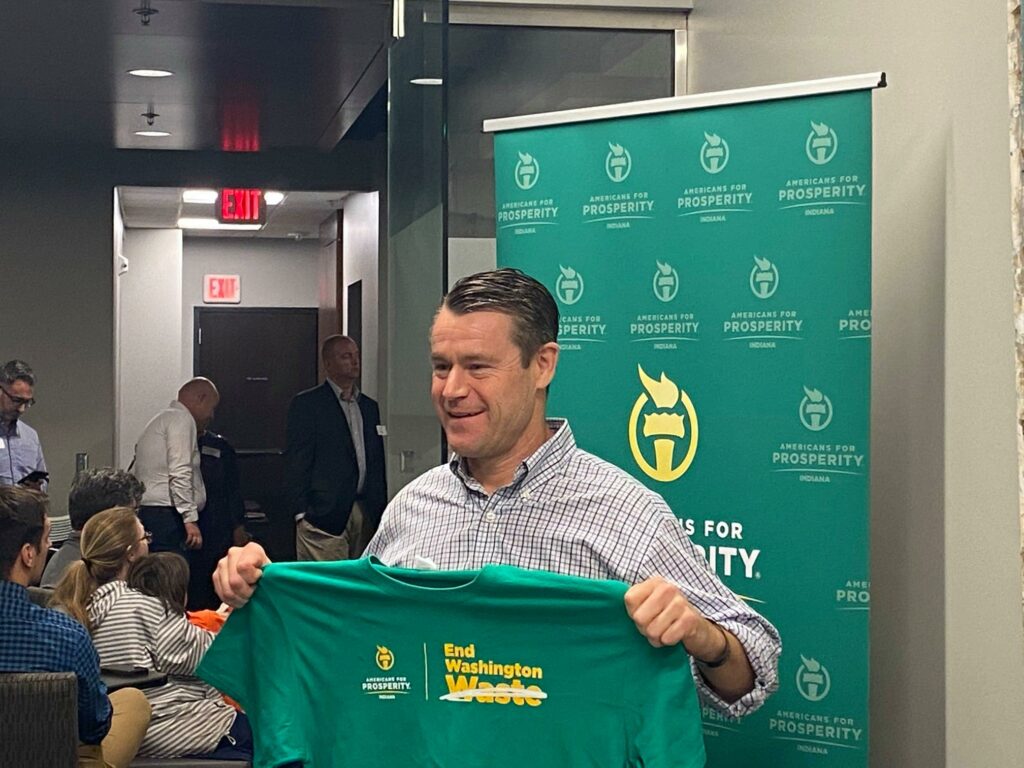 Interested in getting involved? Take action online now or text WASTE to 46262.