AFP-IN has identified cannabis reform as a legislative priority this session and recognizes its ability to spur economic growth and have a positive impact on Hoosier law enforcement by allowing police to reprioritize their resources on violent crimes. 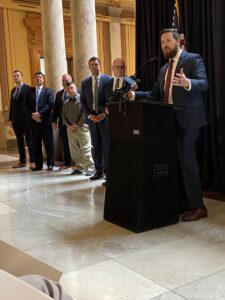 “It is high time the era of cannabis prohibition in Indiana come to an end. Hoosiers know Indiana must change its failed approach to cannabis if we want to increase public safety, protect medically prescribed treatments, and break down barriers for entrepreneurs. Responsible legalization would not only safeguard a smart on crime, soft on taxpayer criminal justice system but will also provide a regulatory framework that would help bring revenue back to Indiana. We look forward to our continued partnership with the public and legislators to create a legal, free, and competitive cannabis marketplace in Indiana.”