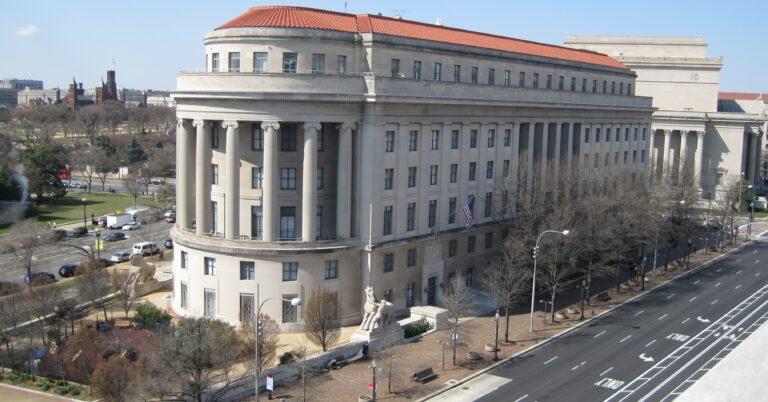 Americans for Prosperity Foundation (“AFPF”) has sued the Federal Trade Commission to enforce a Freedom of Information Act request regarding the FTC’s decision to dramatically change federal antitrust policy.

Enacted in 1967, FOIA gives the public the right to request access to records from federal agencies. Agencies must comply unless doing so would harm personal privacy, national security, or law enforcement.

“FOIA is an important tool to shed light on the administrative state,” said AFPF Managing Policy Counsel Eric Bolinder. “Lawsuits like ours make sure federal agencies comply with the law and provide information to the public.”

The suit also asks that the FTC share information about the policies and guidance it plans to use to replace the decades-old consumer welfare standard that has guided federal antitrust law.

“We are trying to open the black box behind this decision,” said Bolinder.

In July 2021, the five-member FTC voted to expand the powers of its chair, a seat currently occupied by Lina Khan, and to rescind the agency’s longstanding consumer welfare standard.

The consumer welfare standard, which dates back to the 1960s and ’70s, governs federal antitrust law. It says courts must focus on how a company’s business practices affect consumers — not on how they might affect competitors.

Eliminating the standard, as the FTC has done, would allow the government to intervene on behalf of any company’s competitor.

At that point, Bolinder said, the goal of antitrust enforcement would not be determining what is best for consumers, but to deliver what is best for whatever companies are friendliest to the White House’s policy and politics.

This threat is not theoretical. Presidents Lyndon Johnson and Richard Nixon both used warnings of antitrust enforcement to manipulate media coverage of their administrations.

Why Americans should pay attention

While the FTC has said its goal is to rein in “big tech,” Bolinder said eliminating the consumer welfare standard would have far-reaching economic consequences and ramifications for the breadth and scope of government.

“The real question is whether unelected officials should be choosing which companies win and which lose,” explained Bolinder. “Taking the focus off of the consumer opens the process up to politicization.”

Ultimately, the FTC’s action could hurt wages and economic growth, the choices that consumer have in the marketplace, and entrepreneurs’ willingness to enter the market, Bolinder said.

AFPF’s complaint concluded, “The FTC’s aggressive agenda on antitrust enforcement is out of step with mainstream legal thinking and is best regarded as anti-consumer, anti-innovation, and harmful to economic growth and prosperity.”

Get more details about AFFP’s suit against the FTC.