AUSTIN, Texas – Americans for Prosperity-Texas celebrated the passage of the FIRST STEP Act, criminal justice reform legislation that will enhance public safety, provide a second chance to hundreds of thousands of people who’ve paid their debt to society, and save taxpayer dollars. The Texas grassroots group also praised Senators Ted Cruz and John Cornyn for their instrumental roles in ensuring this groundbreaking legislation passed before the end of the year.

“Our Senators showed compassion, grit, and heart this holiday season by getting criminal justice reform over the finish line. This legislation is a crucial first step toward breaking the cycle of incarceration, bringing families together, and creating safer communities,” said Jerome Greener, AFP-TX State Director. “Senators Cruz and Cornyn saw the reforms that have been successful here in Texas and worked with a bipartisan coalition to get them enacted nationally. We thank them for giving the gift of second chances and safe communities to all Americans this holiday season.” 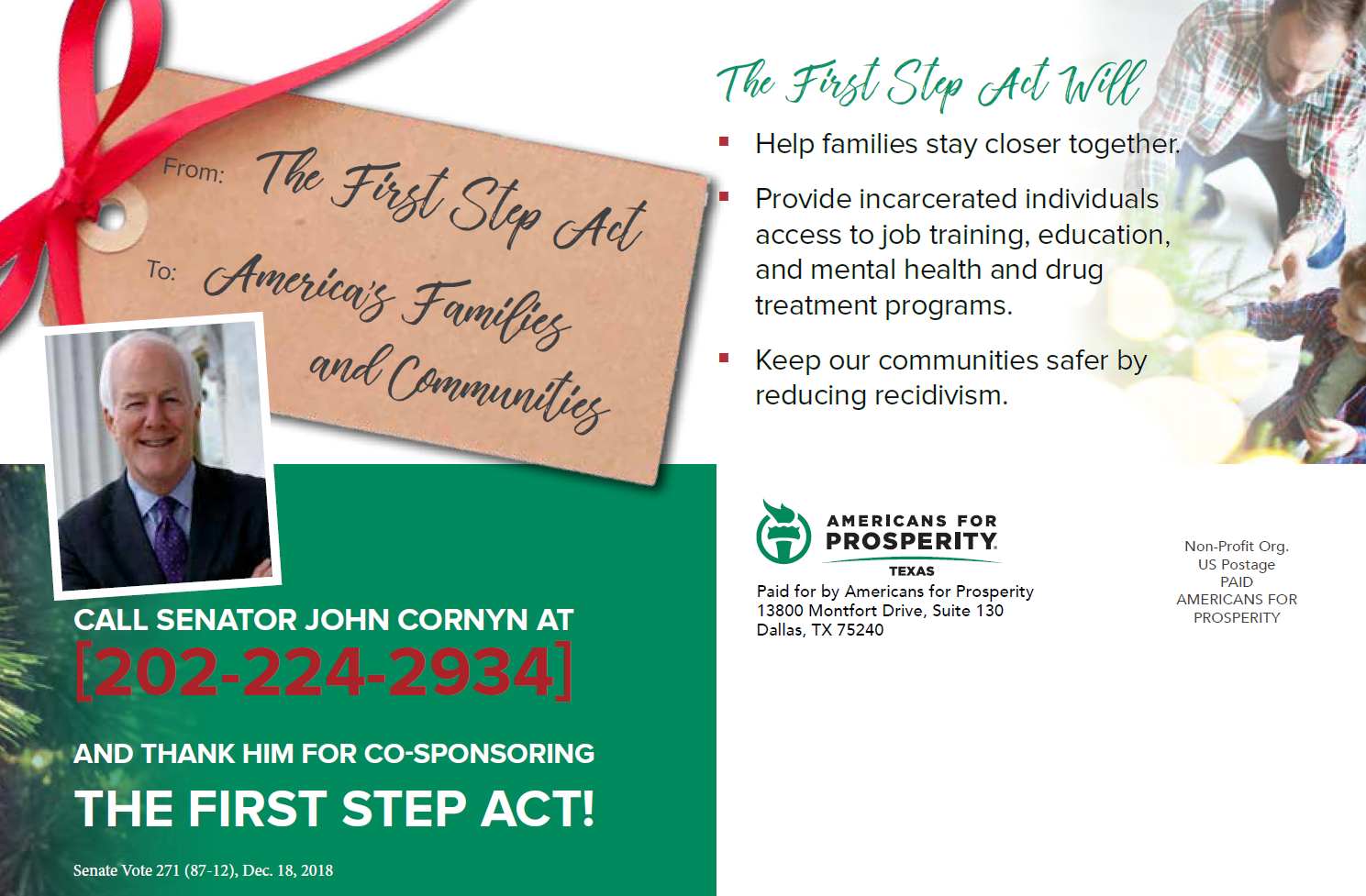