“The FIRST STEP Act is a crucial step toward fixing our broken criminal justice system and preparing individuals, who have paid their debt to society, to re-enter our communities with dignity and purpose,” said Sam Sheetz, Policy Director at AFP-Texas. “Senator Cruz previously supported many of the sentencing changes that are in FIRST STEP, so we know he agrees with the need to provide deserving individuals a second chance. The FIRST STEP Act builds on what’s been shown to be true here in Texas: the way to increase public safety is by being smart on crime and soft on taxpayers through evidence-based rehabilitation practices. On behalf of thousands of Texans, we urge Senator Cruz to support this legislation.” 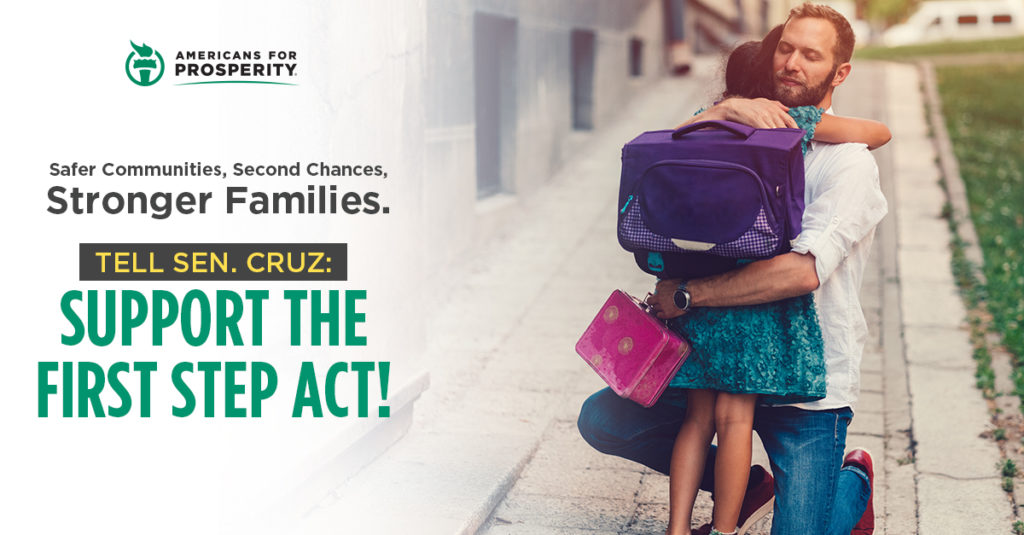