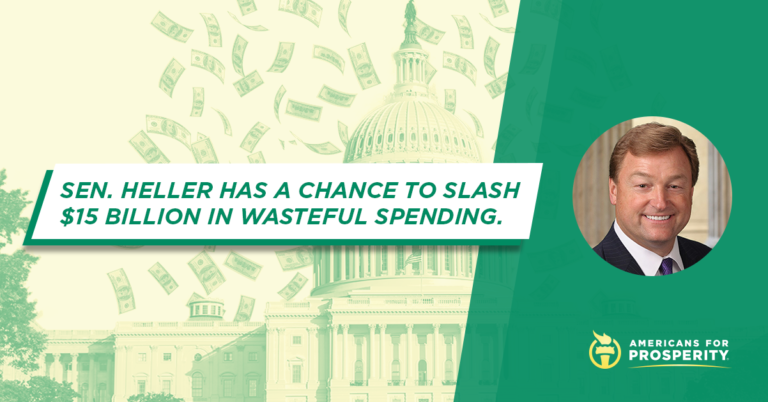 Las Vegas, Nev. – Following the House passage of H.R. 3, the Spending Cuts to Expired and Unnecessary Programs Act, Americans for Prosperity-Nevada (AFP-NV) is now calling on Senator Dean Heller to support the measure that would save taxpayers about $15 billion in unspent funds from previous years. 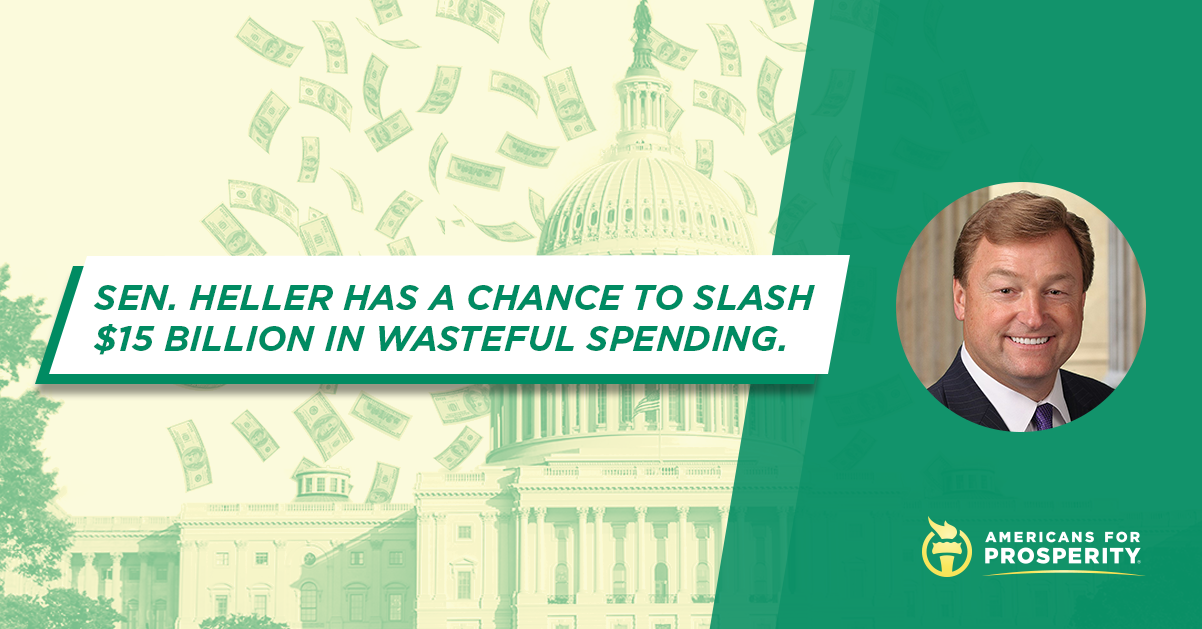 “Lawmakers often pay lip service to fiscal restraint only to then rubber-stamp the wasteful spending their constituents elected them to reject. This is a betrayal of taxpayers’ trust and something lawmakers can begin to correct by supporting common-sense spending cuts like rescission. The House did its part last week and it’s time for the Senate to do the same. A vote for rescission is a vote for modest but meaningful fiscal restraint and we urge Senator Heller to vote ‘Yes.’”