Las Vegas, Nev. – Americans for Prosperity (AFP) today announced the start of a major campaign that will hold accountable Rep. Mark Amodei for his record on wasteful spending. 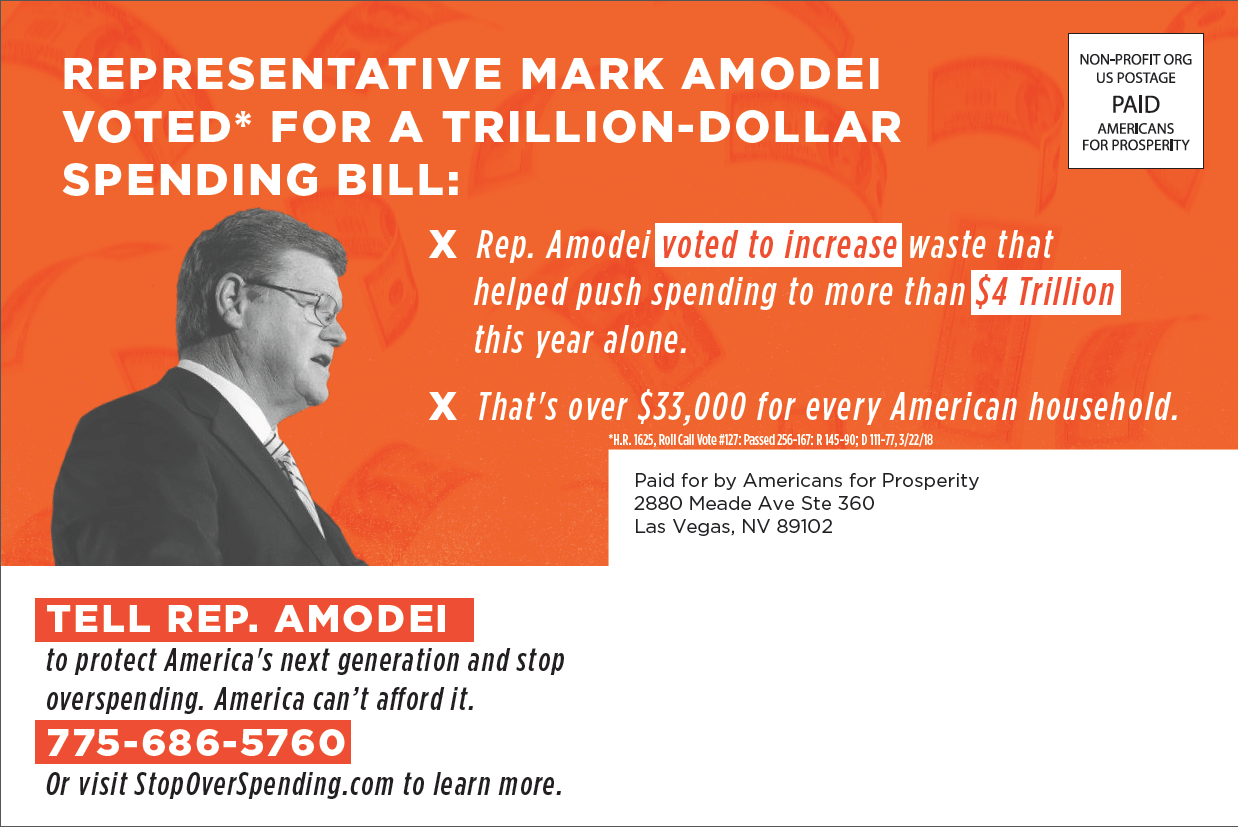 “Washington’s poor stewardship of taxpayer dollars demonstrates a lack of respect for Nevadan families forced to tighten the belts at home every day,” said Juan Martinez, AFP-NV State Director. “Lawmakers on both sides of the aisle are willfully burdening future generations with an unsustainable debt that will lead to tax hikes, lower economic growth, and fewer services. The new tax law was a huge step in the right direction, but runaway spending threatens to blunt the new law’s benefits. We urge Rep. Amodei to start working toward fiscal responsibility.”