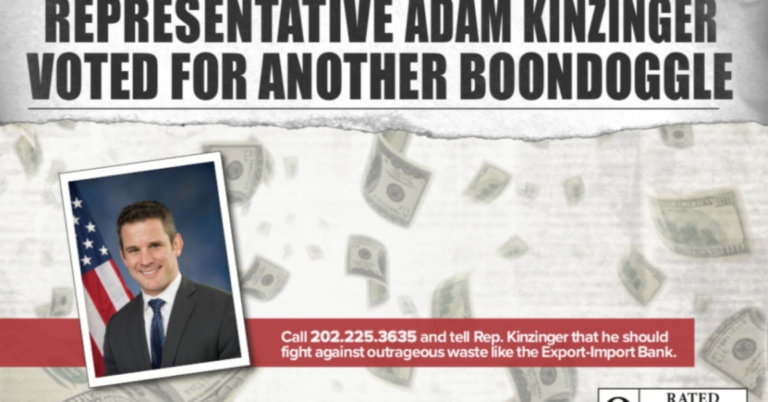 Arlington, VA – Americans for Prosperity (AFP) today announced a six-figure direct mail, digital, and newspaper advertising effort to hold accountable 15 members of Congress who recently voted in favor of extending the controversial Export-Import Bank (Ex-Im). AFP has consistently opposed the reauthorization of Ex-Im, citing the bank’s history of corruption and fiscal mismanagement that rigs the economy in favor of a few well-connected companies.

View an Example of the Direct Mail Here

View an Example of the Digital Ad Here

View an Example of the Newspaper Ad Here

“We are calling out members of Congress who voted to give away billions of tax dollars to big business and special interests. Ex-Im perpetuates the culture of cronyism and fraud that puts special interests ahead of hard-working Americans. Those members who voted in favor of financing risky taxpayer-backed loans for politically connected big businesses and wealthy foreign state-owned firms will be held accountable. We urge lawmakers to work together to unrig the economy so all Americans can succeed.”