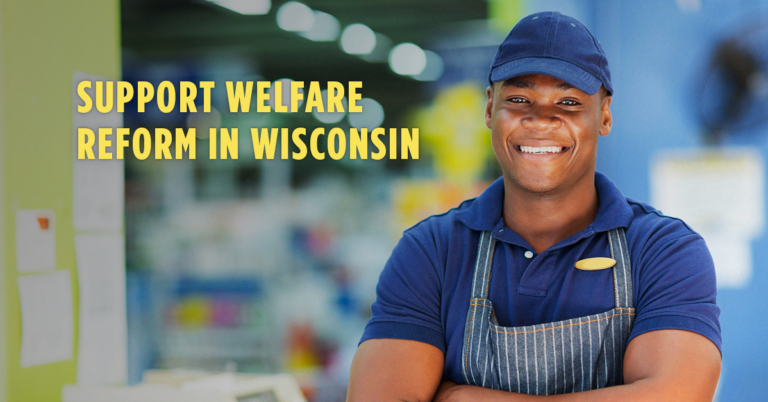 Your weekly round-up of the major wins making headlines thanks to AFP’s grassroots activists across the country (April 9 through April 13).

What it is: The newly signed landmark Walker welfare reform law removes barriers to job opportunities, rewards hard work and cracks down on waste, fraud and abuse in Wisconsin’s welfare system.

Why it’s important: The new law will help thousands of Wisconsinites find dignity and happiness through work by ensuring that no able-bodied adults are left behind.

The Walker welfare reform law provides able-bodied Wisconsinites with the tools they need to re-enter the workforce, find gainful employment and succeed, through hands-on job training and job-search resources.

The grassroots impact: More than 130,000 AFP-Wisconsin grassroots activists have worked hard to urge Wisconsin lawmakers and Gov. Walker to enact the “Wisconsin Works for Everyone” welfare reform law.

AFP-Wisconsin activists should be proud of their efforts canvassing neighborhoods, making phone calls and talking with legislators and neighbors, which helped lead to the successful passage of this legislation.

Prosperity produced: Thanks to pro-growth policies, Wisconsin’s unemployment rate is at a record low 2.9 percent and companies are struggling to find workers to fill openings. The new law will give those Wisconsinites who have fallen on hard times a chance to get back on their feet.

By removing barriers to job opportunities and eliminating waste, fraud and abuse within Wisconsin’s welfare system, the new welfare reform law will increase employment opportunities, open doors for more Wisconsinites and serve as a model for the nation.

But the #winning doesn’t stop there!

In the days ahead, Americans for Prosperity’s grassroots activists will continue carrying the torch for freedom as we urge lawmakers across the country to keep passing bold policy reforms that advance economic freedom and prosperity!

Stay tuned for next week’s win from Americans for Prosperity!