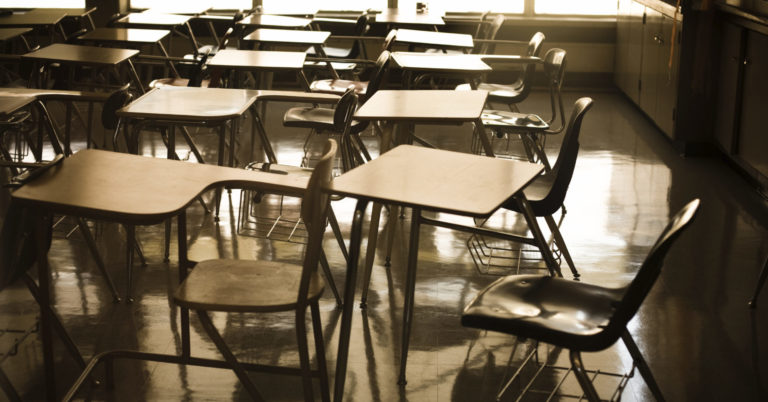 Free speech is perhaps nowhere more vital than on our college campuses, where it is not only critical to the search for truth in the academy but also to building support for the importance of constructive dialogue as today’s students become tomorrow’s leaders. That’s why our college campuses should be leading the way on free expression.

Policy reforms are important in promoting free speech, association, and a free press on campus – whether at the institutional level or through careful state legislation aimed at specific problems. Americans for Prosperity has actively worked to pass focused state laws, while opposing legislation that, even if well-intentioned, would actually impair the free expression of students and faculty and violate academic freedom.

Americans for Prosperity Foundation (AFPF) brought the same perspective to recent proposed rules from the Department of Education intended to protect free speech and association on campus.

When President Donald Trump issued an executive order to “encourage institutions to foster environments that promote open, intellectually engaging, and diverse debate,” in March 2019, I raised concerns about the ways that federal agency action intended to protect free expression could actually be counterproductive. Federal agency action is not the optimal way to make campus speech policy.

But, to its credit, the Department of Education’s proposed rule has avoided many of the biggest landmines, for example – not taking on the job of having department staff police campus speech policies from Washington. AFPF filed comments broadly supportive of the rule, but encouraging the department to make additional changes to the final rule that would better promote free expression and association on campus while respecting institutional autonomy.

Under the proposed rule, the department would potentially terminate certain federal grants for a single violation of free speech rights. AFPF suggests the creation of a safe harbor period during which a university could remedy any violation without jeopardizing participation in those grant programs. This would not interfere with any student’s rights because their case would already have been adjudicated in the courts, where the rule rightly places responsibility. But it would provide a window for courts to act and for institutions to resolve any violations. AFPF believes this would actually promote greater protection of free expression on campus.

AFPF would also like see a graduated penalty structure put in place to ensure that a single court ruling on a good faith dispute about the application of the First Amendment would not jeopardize a university’s complete participation in key federal grant programs. Again, this would not affect the First Amendment rights of any student but would allow for a more proportional response in the case of a violation.

The proposed rule rightly affirms the intertwined protections of free expression and free association by affirming that religious student groups must be afforded the same rights as other political, philosophical, or ideological groups. To avoid needless confusion down the road – and more fully serve the purpose of the rule, AFPF encourages the department to broaden the rule to expressly ensure that all religious, political, and ideological student organizations are protected.

Finally, the proposed rule rightly avoids imposing First Amendment standards on private institutions. But it includes a requirement that private colleges comply with their own free speech policies at the risk of losing grants if a court determines they failed to follow those policies. The rule would disincentivize many private universities from providing explicit free speech guarantees in the first place, to avoid liability. AFPF urges the department to eliminate that provision.

The Department of Education should be commended for taking on the task of ensuring greater protections for free expression and association on college campuses and working to do so with the limitations of federal agency power and of academic freedom in mind.