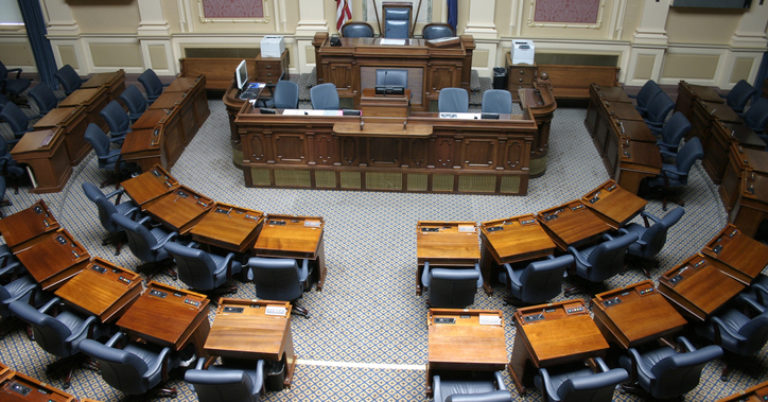 After legislators convened in Richmond more than two months ago, Virginia’s special session has finally concluded. The question of whether the session yielded fruitful results is being debated by many across the state. But for Virginians questioning the productivity of the session, rest assured, there have been a handful of legislative victories worthy of celebration.

Senate Bill 5080 and House Bill 5046 take pivotal action on telemedicine reform at a time when we need it most. Both bills are a continuation of the reforms that grassroots groups like Americans for Prosperity have been working toward for the past three years. Together, the new bills will help increase quality medical care and bring greater flexibility to our health care system.

Medical services can now be delivered in person, over the phone or through the internet, transforming the screening and treatment process. These innovations will address immediate challenges while leaving us stronger in the long term.

Senate Bills 5034 and 5018 are among the new laws passed this session and both are huge wins in the pursuit of furthering criminal justice reform.

Senate Bill 5018 will provide relief to terminally ill individuals serving out sentences for felony offenses, though some offenses are excluded from consideration. The Compassionate Release Bill, as it is called, will allow those with limited time left in their lives to live out their remaining years with family and loved ones while being provided proper care outside of prison for their condition.

While this is a giant step in the right direction, further action needs to be taken to streamline the process to make it easier for potential applicants to get this necessary relief and care.

Senate Bill 5034 reforms the earned sentence credit classification system in order to safely reduce the prison population by incentivizing good behavior and program participation while in prison. Virginia is behind other states by only allowing individuals to earn 4.5 days per every 30 days served. While this is a great start, the bill only makes modest improvements to current law and more reform is needed to even get Virginia close to the amount of earned time other states allow for incarcerated individuals.

Senate Bill 5033 and its corresponding House Bill 5062 allows for the Commonwealth to “defer” a criminal proceeding when the prosecutor, judge, and defendant all agree. If the defendant complies with the terms of the agreement, the charges can be dismissed or modified. The bill also allows for a prosecutor to dismiss charges if the defense consents.

These bills allow prosecutors and judges to consider the individual facts and circumstances of a case and divert the defendant from unnecessary incarceration and a criminal record if the person can comply with the terms as agreed upon. This will help safely reduce our prison population while increasing success for those going through the criminal justice system.

House Bill 5146  expands current law to allow for an expungement for certain low-level offenses such as unlawful possession of alcohol/marijuana for someone under 21, possession of a controlled substance when the charge was discharged and dismissed, and in cases where someone received a “simple pardon” (except of violent felonies) after five years of good behavior prior to filing the petition. The bill also waives expungement filing fees for those who are experiencing financial hardship.

When individuals have a criminal record, it follows them in almost every facet of their lives, making it exceedingly difficult to secure employment, housing, and even a quality education. This is a common-sense piece of legislation that will allow worthy individuals to move past their mistakes and get a second chance after going through the criminal justice system.

Over the last several months, the public has become increasingly aware that our system often lacks oversight, putting law enforcement at odds with the very people they serve. To keep Virginia communities safe, we need to make sure that our state laws help foster an environment of trust between police officers and the individuals they have sworn to protect. SB5030 helps achieve these ends.