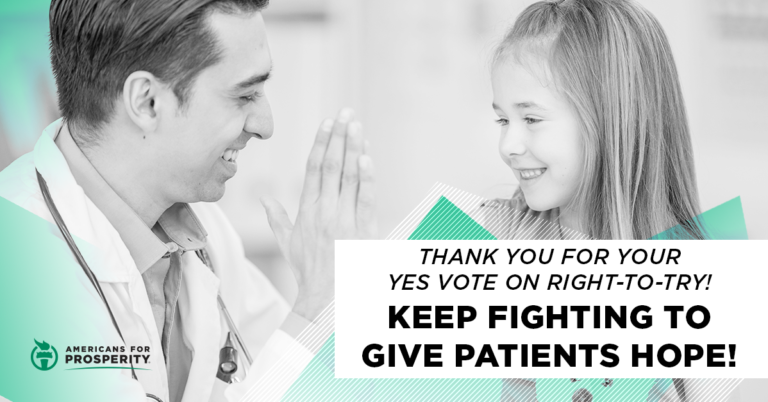 These Lawmakers Stood Up for Terminally Ill Patients

Thirty-eight states have right-to-try laws, but a solution is still needed for doctors and patients at the federal level.

While the House of Representatives recently failed to pass a version of right-to-try under a procedure that required two-thirds votes for passage, there will be another chance for this crucially important policy to become law with a majority vote when it is considered again this week.

Below is the list of lawmakers who voted yes on the House right-to-try bill. Click here to tell them we’re still counting on them to keep up the fight for right-to-try and urge them to support this bill again and keep fighting to see it pass the Senate.