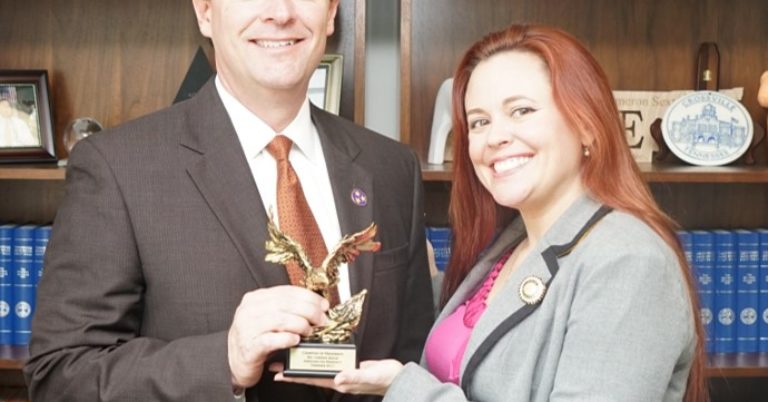 “Rep. Cameron Sexton is a consistent champion for our shared goals of lower taxes and less government regulations,” said AFP-TN State Director Tori Venable. “He stood up for taxpayers by opposing the gas tax hike and continually pushed for free-market healthcare reforms to improve access while reducing costs.”

The “Champion of Prosperity” award is given to lawmakers who have distinguished themselves by scoring 90 or higher on AFP-TN’s biannual legislative scorecard, which measures lawmakers’ allegiance to economic freedom and fiscal responsibility. Rep. Sexton has been named a “Taxpayer Hero” with a score of 96.

“It is a true privilege to receive this award,” said Rep. Sexton. “Americans for Prosperity is a strong voice in the fight for limited government, economic freedom, lower taxes, and individual prosperity. I thank them for the honor as we continue pursuing our shared ideals, especially individual liberty.”