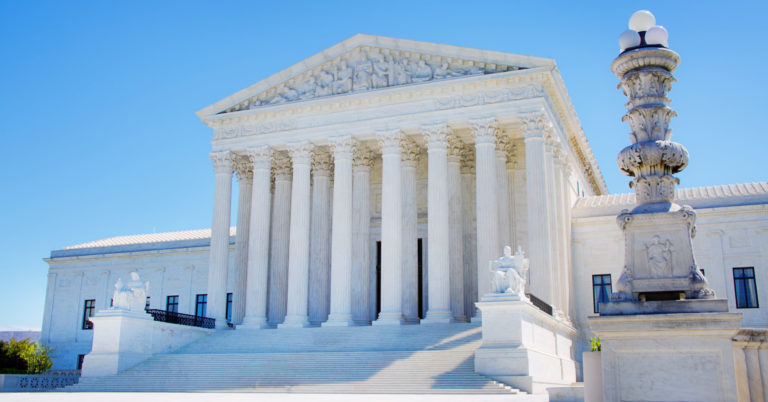 SCOTUS has chance to clarify the muddy waters of takings jurisprudence in Cedar Point v. Hassid

From before the founding, the “fundamental maxims of a free government [have] seem[ed] to require, that the rights of personal liberty and private property should be held sacred.”

The Takings Clause of the Fifth Amendment exists to protect those sacred rights from unfettered state appropriation by requiring: first, that any taking of private property be for “public use”; and second, that “just compensation” be paid for any property taken.

When it comes to transferring private property to public ownership, such as taking land for a military installation, or to private parties for a public purpose, such as for public utilities, application of the Takings Clause is relatively straightforward.

But the advent of the Penn Central “regulatory takings” test in which a property can be deemed to be taken if a regulation curtails its lawful use to the extent that its effective value has been severely diminished, combined with cases such as Pruneyard Shopping Center v. Robins and Kelo v. New London, in which the rigorous requirements of the Fifth Amendment gave way to other considerations, have muddied the waters.

But across time, one principle has held firm: Physical invasion of property that deprives the owner of the right to exclude others is a taking. The compensable value of the taking is a separate and secondary question that need only be answered once the taking has been established.

Cedar Point presents an opportunity for the Court to confirm this bright line rule while clarifying, narrowing, or overturning messy precedent. The issue in Cedar Point is whether a California regulation that grants union organizers access to agricultural businesses for up to 120 days a year creates a per se taking that requires compensation.

The regulation was a product of the days in which agricultural employees largely lived on-site or in remote locations that could make them difficult to reach by union organizers. Today, the situation has changed, with the vast majority of employees living off-site, with access to social media, smart phones, and other forms of easy communication.

But the communications limitations of an earlier day, while providing an ostensible rationale for the regulation, have no bearing on whether the regulation imposed a compensable taking on farmers and agricultural businesses when it granted these favored third parties the right to access their land.

In essence, the regulation creates an easement in gross — “[t]he right to enter onto the land of another to take some action[.]”  Here, for example, “[a]ccording to Cedar Point, early one morning near the end of the strawberry harvesting season, union organizers entered Cedar Point’s property and trespassed across it to the trim sheds, where hundreds of employees were preparing strawberry plants. The union organizers disrupted work by moving through the trim sheds with bullhorns, distracting and intimidating the workers.”

It has been long-established that the granting or taking of an easement by the government is a taking for Fifth Amendment purposes because it takes away the owners’ ability to exclude others from the property.

Yet the Ninth Circuit held that the easement is not a taking because it grants access to the property for only a portion of the time — up to 120 days per year, which that court found akin to a regulatory burden on property rather than an appropriation of property.

Under the Ninth Circuit’s reasoning, the government may transfer the right to access real property from one private party to another private party without compensation as long as the transfer is just shy of 100 percent.  There is no meaningful limiting principle.

What would be the implications of the Supreme Court’s ruling in Cedar Point v. Hassid?

The question before the Court is narrow: whether the uncompensated appropriation of an easement that is limited in time effects a per se physical taking under the Fifth Amendment. But the implications are wide-ranging.

If the state can transfigure a physical entry into a mere regulatory burden by proclaiming any invasion less than 100 percent to be the equivalent of no invasion at all, not only would centuries of jurisprudence be inverted, but the discipline imposed on the state by the Fifth Amendment — requiring the state to consider the cost of the taking and who should bear that cost — would be eliminated. In addition, the issues created by Pruneyard and Kelo would be exacerbated.

In Pruneyard, the Court held that when California required a privately owned shopping center that was open to the public to host the speech of other private parties “there has literally been a ‘taking’” of “the right to exclude others,” but there was no “unconstitutional infringement of … property rights under the Takings Clause.” In Kelo, the Court held that the exercise of eminent domain to transfer private property to another private owner for redevelopment satisfied the Public Use Clause of the Fifth Amendment.

Although these cases differ in their result, with compensation being provided in Kelo and no compensation provided in Pruneyard, they each represent the outer edge of takings jurisprudence, allowing the government to physically invade property for the primary benefit of other private parties.

For nearly 200 years the Court firmly rebuffed the proposition that the Constitution would allow the government to “to transfer the property of A. to B. without his consent.” The loosening of the Takings Clause in Pruneyard and Kelo did just that.

Without a bright-line rule that any physical invasion of private property by the government or, as here, by government-sanctioned third parties is a per se physical taking, there would be no Fifth Amendment impediment to a city periodically parking city buses in a private home driveway at night or to ordering that the driveway be made available at night for the parking of privately owned buses to facilitate a policy preference — and all without compensation, because such an invasion would represent less than a 100 percent invasion of the land.

Even worse, under Pruneyard, any First Amendment objection to hosting buses adorned with displays that the landowner found repugnant would be likely to fail.

No one is saying that the government cannot take private property for public use with just compensation. Indeed, the Fifth Amendment’s Takings Clause presupposes such a power. And no one is arguing that unions should not organize or contact employees to try to persuade them to join.

But to the extent that California’s access regulation is itself a lawful and constitutional exercise of government power — a debatable proposition under both the First and Fifth Amendments — then, at the least, the Takings Clause must impose discipline upon the government to allocate the cost and benefit where it belongs so that all costs do not fall on the unfavored few; for “[o]ne of the principal purposes of the Takings Clause is ‘to bar Government from forcing some people alone to bear public burdens which, in all fairness and justice, should be borne by the public as a whole.’”

These issues are not new. Indeed, multiple justices have warned for decades that lack of rigor in applying the Takings Clause or allowing workarounds or redefinition of terms would eviscerate the Fifth Amendment.

Cedar Point presents the Court with the opportunity to enforce the plain language of the Takings Clause, provide much needed clarity to physical takings jurisprudence, and cabin the effects of messy precedent that has wrongly expanded the power of the state to transfer property rights from one private party to another.